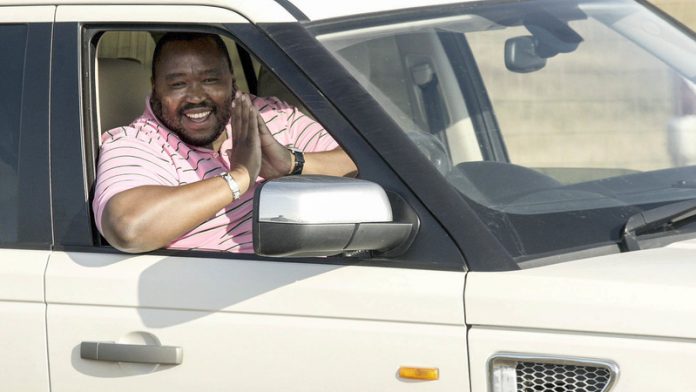 The ink has barely dried on Khulubuse Zuma’s R23-million Aurora settlement deal and already liquidators are on the hunt for his hidden assets.

In the coming weeks they also plan to grill Zuma, a nephew of President Jacob Zuma, in open court about his alleged oil interests in the Democratic Republic of Congo, as leaked in the Panama Papers, and about the family estate of three of his former partners, Solly, Fazel and Zubeida Bhana.

The controversial businessman, known for his champagne lifestyle, stopped just short of pleading poverty yet agreed to cough up a staggering R500 000 every month for the next two and a half years to settle the drawn-out battle with liquidators of the Aurora Empowerment Systems.

VIDEO: Will Khulubuse’s R23-million be enough to better the lives of former Aurora miners?

The company bought two mines from the embattled Pamodzi in 2009 but failed to maintain or operate them, leaving 5 300 workers jobless and destitute.

John Walker, attorney for the liquidators, said that if Zuma has not been honest about his assets and does not pay the settlement “all bets are off”.

“We asked Khulubuse to make a full disclosure. Based on that disclosure we entered into a settlement agreement because the prospect of getting more would have been superfluous,” he said.

KZ caused outrage in 2011 when he pledged R1-million to the ANC during a fundraising event when Aurora mineworkers and their families faced starvation.

“If you compare [the settlement] to the R1.7-billion in damages, it’s light. I think he got off very lightly. We know for a fact that he has the financial ability to pay more,” Du Plessis added.

After signing the deal on Thursday, Zuma immediately became liable for payment of R5-million as the first instalment for his role in the mess.

Although his income and liability disclosures are confidential, the Mail & Guardian has reliably learnt that Zuma portrayed himself as near-broke during settlement negotiations. He told liquidators that at one stage:

This comes from a man who owned a string of luxury cars, among them a Bentley, a Rolls Royce and an SLS 63 AMG Mercedes-Benz. Under oath Zuma said he now has just one vehicle, a Range Rover.

Zuma’s conservative claim of his net worth is nowhere near the R40-million estimated by liquidators – a preliminary figure based only on his income when he was a taxi boss.

On Thursday the big spender’s lawyer, Ulrich Roux, denied that Zuma told liquidators he is worth only R2-million. “The amount that is disclosed in the settlement agreement [of no more than R23-million] is the only [net worth] amount that was formally disclosed on record.”

But Roux does admit that the settlement has not broken Zuma’s bank.

The settlement with liquidators compels him to pay R500 000 by the 7th of each month, the first due in October. Only once he has paid R21-million will the instalments drop to R100 000 a month to settle the outstanding R2-million.

This will be a tall order for a man who claims not to have much of an income currently, listing his only business interests as a dormant company, Impinda Transport.

Asked how the deal with liquidators will affect his extravagant lifestyle, Roux said Zuma would not be brought to his knees.

His lawyer said Zuma does not derive any income from business interests. “My client holds no interest, directly, indirectly or via an agent in any company, trust, corporation or any other legal entity, except in Impinda Transport. His interest in Impinda is of no worth.”

The question then is: How does someone who has so little intend to pay the steep monthly instalments?

Apart from pleading poverty, Zuma claimed to be in debt to the tune of R13-million. He said he owes R10-million to Protea Coin Security, which obtained a civil judgment against Aurora in 2012 for services it had provided at Pamodzi’s Grootvlei mine in Springs, east of Johannesburg. He also owes money to his lawyers and a media management company, Kapital Mindz.

Liquidators and investigators have raised concerns about the fact that Zuma has resigned as a director of more than a dozen companies over the past year yet apparently derived no income or benefits for doing so.

“He tried to make us believe that yesterday he had all these businesses and today he doesn’t, and he didn’t receive anything for it,” said a source close to the investigation.

Yet publicly available documents list Zuma as being an active director in five other private companies, sharing directorships with Michael Hulley in four of these. Hulley is President Zuma’s lawyer.

KZ’s deal with the liquidators is not carved in stone and hinges on whether he was honest about his financial interests – including whether he declared any interests held through third parties and whether he stands to benefit from offshore dealings.

Walker said: “The agreement says, should his disclosure be inaccurate or untruthful in any manner … or should he not pay the settlement, we refer back to the original judgment, which is R122-million for the gold ‘theft’ and the R1.4-billion for the destruction of the mines. Basically, the terms read that, should he limit any asset or hold an asset via another person, and we found out about it later, all bets are off.”

The settlement makes specific reference to revelations made in the Panama Papers, leaked in April this year.

Zuma’s name popped up in the world’s biggest data leak of information held by the Panama law firm Mossack Fonseca when it was revealed that he was linked to a British Virgin Isles-based company, Caprikat, that scored a R100-billion oil deal in the Democratic Republic of Congo. At the time Zuma denied that the deal ever took off.

“He denies having money in Panama and we think somebody is holding it as an agent for him. So we’re going to start scratching around the DRC oil deal and what’s happening with him and [Laurent] Kabila’s son [President Joseph Kabila],” said one of the sources.

Aurora: A legacy of lies

Khulubuse Zuma and his fellow directors of Aurora Empowerment Systems took over two mines, Grootvlei on Johannesburg’s east rand and Orkney in the North West, from embattled mining company Pamodzi in 2009. They boasted about having more than $250-million available for running the mines in a deal designed to save jobs. But shortly after this they were unable to pay salaries. Zuma stepped in and coughed up R35-million. It was at that point that he became liable for a portion of the costs, the court found.

The other Aurora directors received a tongue lashing from Pretoria high court Judge Eberhard Bertelsmann last year when he said the directors “vastly exaggerated” their bid to buy the two mines. They had claimed the company would raise R600-million for the purchase and a further R300-million to become operational – in addition to providing scholarships to students in the surrounding communities. None of this ever happened.

Although Zuma was not found to have acted fraudulently in his dealings with the company, his former partners – Solly, Fazel and Zubeida Bhana and Yaseen Theba – were provisionally sequestrated this week. An application to make this final is scheduled to be heard next month.

Trade union Solidarity’s Gideon du Plessis said: “That [settlement] agreement will haunt him because any business dealings he’s involved in from now will be scrutinised. We give him credit because the court found that he was not involved in any fraud and now he’s the fall guy. But he’s not doing it for the workers, he’s doing it for himself.”

When a court makes a sequestration order, it generally means that a person’s assets are legally confiscated and held by a curator until debts have been paid.