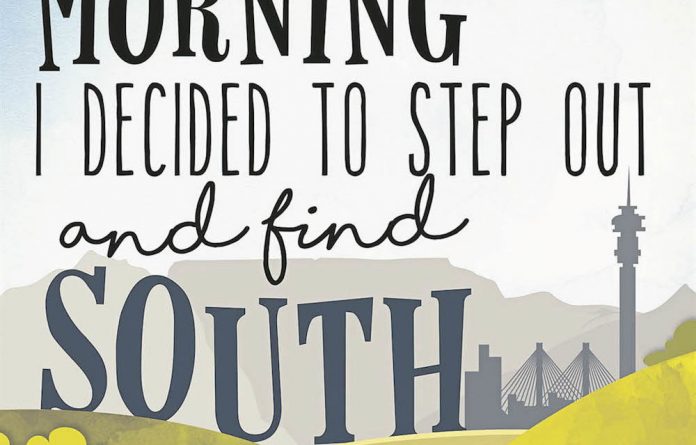 I remember reading excerpts of Rian Malan’s My Traitor’s Heart anthologised in the New Yorker all those years ago. A friend had torn the book extracts out of someone else’s magazine and we circulated them among ourselves in a frenzy of admiration and furtive delight.

I had never read about Johannesburg suburban life — reggae, zol, avoiding the army, the pure unadulterated weirdness of parents — in this way before and we embraced him as one of our own.

We couldn’t help but compare Malan with Nadine Gordimer, who, at about this time, was interviewed in Vanity Fair. She described white South Africans as being members of an extended country club, which enraged us, and allowed herself to be photographed in immaculately pressed khaki like some sort of local Karen Blixen. Gordimer seemed hopelessly self-regarding and snotty, whereas Malan had front-line authenticity.

Behind that was something even more fascinating — a kind of clanging vulnerability. His writing seemed artless because of it, although, of course, it was gelled and highly styled, so you needed to be aware of how well groomed his lurid African horror stories were for American consumption.

By the time the book eventually came out I was living in London, having fled yet another call-up to an infantry battalion in Oudtshoorn, scraping a living as an undertrained teacher in a soulless south London comprehensive.

When I wasn’t on public transport (“we regret to inform you that this service will terminate at Victoria”), I was often doing no more than trying to get my classes to sit still. Sometimes I succeeded and felt I was getting somewhere, reaching some part of their heads that hadn’t yet been touched. On others I clung on grimly while pandemonium reigned and feisty Nigerians called Yetunde casually tossed chairs out of the first-floor window.

I spent much of my time on buses or tubes, so I bought a reduced hardback copy of the original American edition — mountains of the book were everywhere in London in 1990 — and ravaged it as I crossed the Thames on my journeys south. My friends and I couldn’t stop talking about it for weeks. I remember seances, a very Malan word, on the floors of under-furnished basement flats in Notting Hill Gate and arguments, sometimes heated, about his politics and world view.

Despite the disagreements, we secretly, and not-so-secretly, loved the book. It was about us, our warped country and sometimes schizophrenic state of mind. We knew about the Augie de Kokers and Betty Goods of this world; we were all familiar with Dennis Moshweshwe, “the polished swell”. These folk were part of our inheritance and psychic landscape.

Our identification was absolute and, I think now, probably a little facile. Not that you would have convinced us of this at the time, for we were all hopelessly homesick.

During my five-year period away, I probably read more South African fiction and listened to more kwela and borrowed accordion jive than I ever had before or have done since. I consumed the Guardian and the Independent, in which David Beresford and John Carlin reported from Johannesburg daily. I wrote fat, terrifyingly embarrassing letters home to my parents in Highlands North (my mum always stressed the “extension”, as did I).

Looking back on it all, I realise I was in no more than a prolonged holding pattern, arcing in a slow descent home.

Read anything by Malan now and you can’t help but notice its period flavour, his heartachingly poignant use of words like jol, braai, vrot and dude. He knows this, he knows we know this, and it makes for collusion and shared sadness.

Malan has become like the very things he described himself hankering after when he lived in Los Angeles writing music reviews under the nom de plume Nelson Mandela.

He pined for the Highveld light. He remembered Mrs Ball’s chutney and thick wedges of Wicks chewing gum. He watched baggage handlers go about their work after jetting in from the United States and burst into tears.

He has become just another flavour of the sentimental times, an exclusive club that features much of what he describes in the book. There’s Dollar Brand and bank bags full of Durban poison, Morrissey doing his androgynous, slightly loopy thing on the video to This Charming Man, James Phillips and friends pogoing into “the lurch” at Jamesons on wild Friday nights.

All of his subsequent work is coloured by the glow My Traitor’s Heart casts, which is a blessing and a curse for someone who has never managed to slip the noose of his incredible early success.

Yet I’d be lying if I didn’t admit there wasn’t, ahem, still a place in my heart for the book. Malan seemed to get it. He knew the limits of identification. He understood that a sizeable proportion of the white left was slumming it until it all became hot and uncomfortable, upon which they’d skedaddle for a sofa in Hampstead. He hammered a wedge into the crack between what you said and what you truly felt, and he carried on hammering until he had himself a little masterpiece.

That his masterpiece has aged a little gracelessly might say something about how far we have come from the period he describes. It’s a cheeky thought, one that doesn’t quite square with the addictive pessimism of the times. You would think, reading the peacocks and professional chair sitters of the Daily Maverick, that corruption and patronage politics had strangled the life out of South Africa. It hasn’t.

And I know this because everywhere I walked people were going about the business — sometimes proud, sometimes hurried, sometimes hopelessly confused — of simply staying alive.

Luke Alfred will be at the M&G Literary Festival on Saturday October  8 from 3.30pm to 5pm in the session Writing white: We need to talk about Lionel, with Robyn Bloch and Craig Higginson, chaired by M&G books editor Darryl Accone