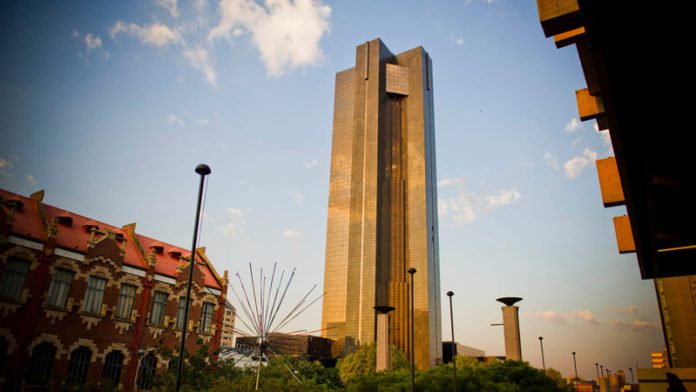 The key lending rate has remained unchanged since March after the MPC raised it by 200 basis points since 2014 in a bid to limit price growth to the central bank’s target band of 3% to 6%. The central bank’s task was complicated by slow economic growth as the nation faced a drought, weak demand from its main export partners and domestic and international political uncertainty.

“The uncertainties related to what a new United States president is going to bring, along with regards to ramped-up fiscal policy and what that means for US monetary policy, will provide a few more headaches,” Jeffrey Schultz, an economist at BNP Paribas Securities in Johannesburg, said by phone before the decision.

“I don’t think there is going to be a great deal of pressure from the Reserve Bank to act, bearing in mind that they have already hiked 200 basis points cumulatively since 2014. They have done a lot of the heavy lifting already.”

Inflation target
Inflation is now forecast to return to the target band in the final quarter of this year, and will average 6.2% in 2017 compared with a previous forecast of 5.8%, Kganyago said.

“The inflation forecast of the bank has deteriorated since the previous meeting of the MPC,” he said.

“This deterioration is mainly due to changed assumptions regarding international oil prices, the domestic fuel prices and the outlook for food prices, which more than offset the more favourable exchange rate assumption.”

The rand gained almost 13% against the dollar in 2016, even after the currency weakened following the United Kingdom’s vote to leave the European Union. That and the election of Donald Trump as US president led to some uncertainty about future capital flows into emerging markets.

“There is still a great deal of uncertainty regarding the policies of the new administration, particularly with respect to the size of the promised fiscal stimulus,” Kganyago said. “While some of the initial optimism has since been tempered somewhat, US growth is expected to be relatively strong, but with some downside risks posed by a stronger dollar.”

Rand advances
The stronger currency may take some pressure off inflation, which accelerated to a 10-month high of 6.8% in December owing to surging food prices.

The rand extended gains after Tuesday’s decision, strengthening 1.4% to 13.2983 per dollar by 3.39pm in Johannesburg. Benchmark government bonds due in December 2026 rose, with the yield dropping nine basis points to 8.68%.

Although slow economic growth is one of the key factors rating companies have highlighted as a risk, South Africa avoided a downgrade to non-investment grade last year. S&P and Fitch kept their assessments of the country’s foreign-currency debt at one level above junk.