There is such a thing as too much democracy. For proof, look no further than tiny, landlocked Lesotho, which is about to hold its third general election in just five years. For the Basotho — at least, for those who can still be bothered to cast their ballot — all this voting has not translated into stable, effective government. Quite the opposite, in fact.

Since 2012, there have been several constitutional crises, two government collapses, the odd high-profile assassination, a prime minister in exile, and a steady churn of corruption scandals, broken promises and party infighting.

And yet, five years later, a new election kicks off with exactly the same few faces looming over the mountain kingdom. There, emblazoned on a lonely lamppost on a steep rural highway, is the face of Pakalitha Mosisili, into his second stint (with a hiatus in between) and 16th year as prime minister, and looking for more. 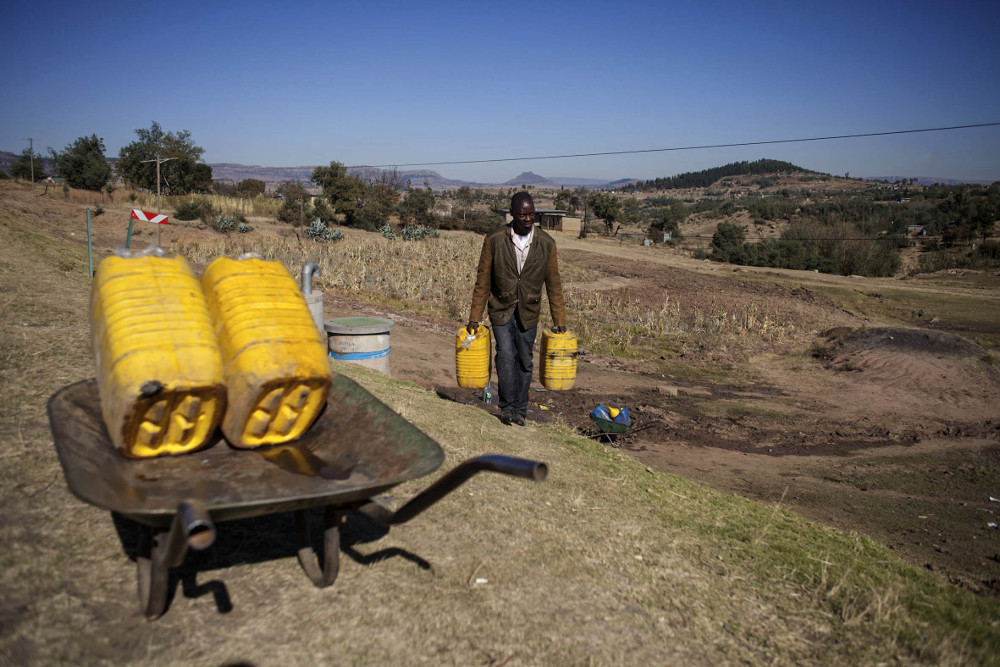 A St Michaels Village resident collects water from a communal tap. Political instability has done little to improve the lives of the Basotho. (Oupa Nkosi)

There, glowering at traffic from the side of a busy pedestrian bridge in Maseru, is Mothetjoa Metsing, deputy prime minister and the perennial maker and breaker of coalition governments.

And there, looking sternly out from the front page of the newspaper, is Thomas Thabane, recently returned from his involuntary sojourn in the Free State and desperate to reclaim the prime ministership, which was his for just two short, chaotic years.

“It’s a cut-and-paste job,” said one local journalist. “We’re out of new angles. We have written all these stories before.”

This time around, Thabane and his All Basotho Convention (ABC) are the frontrunners. The Mail & Guardian joined Thabane on a walkabout through central Maseru, one of the opposition leader’s final campaign appearances before the vote on Saturday.

There’s no denying that Thabane is a natural politician. He was mobbed along the 5km route by hundreds of yellow-shirted supporters of his ABC, who cheered every time he stopped to buy peanuts or fruit from a street vendor.

“I like him too much,” said Poloko Lechamochamo, a cobbler, who said he has fixed Thabane’s shoes on more than one occasion. “He is one of us; he likes people.”

Later, in an interview in his large if sparsely furnished house — he only returned from exile in February — Thabane said Lesotho needed more stability. “It is too many times. The risks around this frequency of elections are around deepening democracy and democratic practice.” 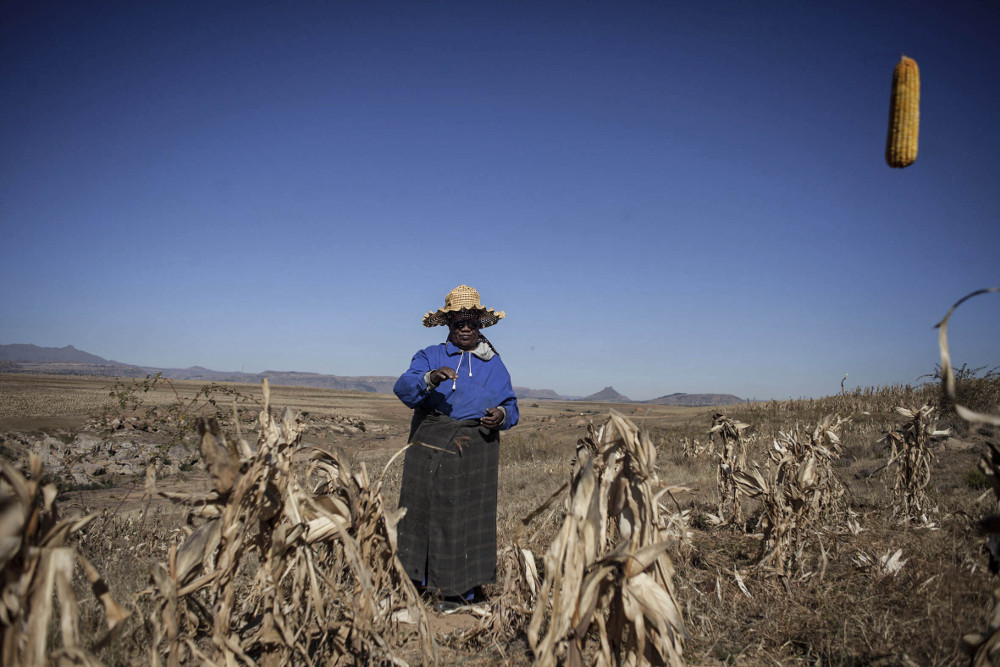 Thabane certainly talks the talk. He speaks about the need for security sector reform — it was, of course, a revolt from within the army that forced him and his wife to flee across the border in 2014 — and says that, if elected, he would focus on ending endemic poverty and corruption.

But his record in office, even if brief, is not unblemished. One incident stands out: in late 2014, Thabane decided to appoint a certain Atul Gupta — of state capture fame — as a senior economic adviser, complete with diplomatic passport, prompting accusations of corruption from across the political spectrum.

“Thabane is an old man. He’s not much different [from the other candidates]. But he has support because he is the vehicle through which Mosisili can be removed,” said Professor Mafa Sejanamane, a political science lecturer at the University of Lesotho. 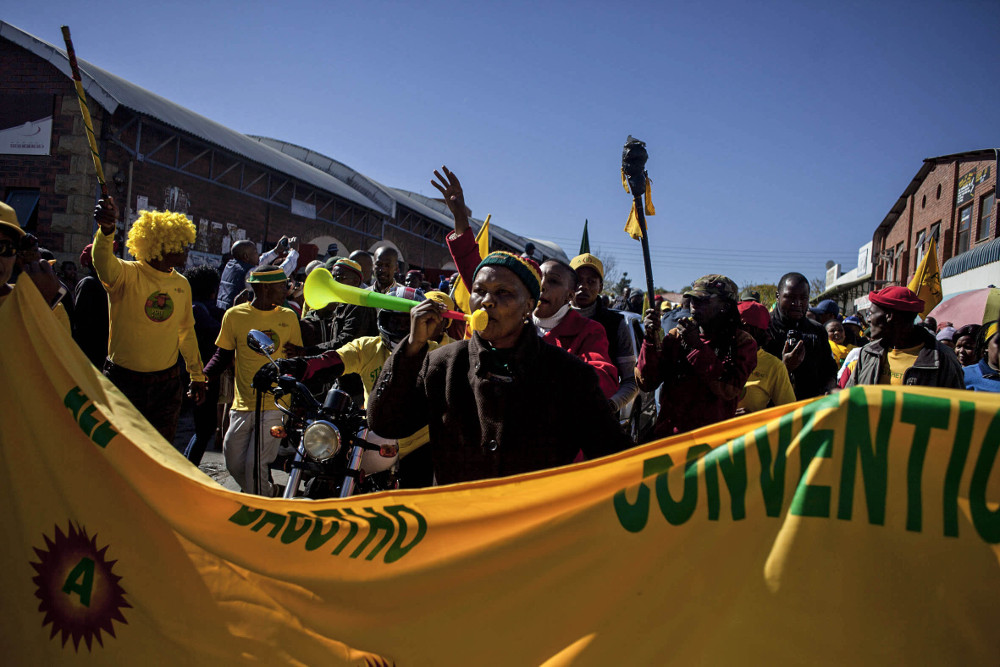 All Basotho Convention members with their leader Tom Thabane on the election trail. (Oupa Nkosi)

It’s not hard to see why some Basotho might want Mosisili removed. (Mosisili declined to be interviewed for this article). Although he has had plenty of time in office, there has been little to no improvement in the quality of life for most citizens. Lesotho scores near the bottom of most development indicators, and things are only getting worse, according to the Ibrahim Index of African Governance.

Evidence of this underdevelopment is everywhere: from the donkey carts traversing the mountain passes to the unemployed youths milling around Maseru’s markets and the women precariously balancing plastic containers of water on their heads. It is a damning indictment of Lesotho’s government that its massive dams can irrigate gardens in distant Gauteng, but the villages nearest those dams must share communal taps.

In the absence of opinion polls, Sejanamane’s constituency-by-constituency calculations are the next best guide to the potential result.

He gives Thabane’s ABC the most seats in Parliament, on the back of a strong performance in urban areas and the Lowlands, but not enough to form a government. To be prime minister again, he will probably require support from one or more of the smaller parties.

Thabane should get this from the Alliance of Democrats, a new party that broke away from the Mosisili’s Democratic Congress earlier this year, and a resurgent Basotho National Party.

Mosisili, on the other hand, will do well in the more sparsely populated Highlands and can rely on support from Metsing’s Lesotho Congress for Democracy. This is unlikely to be enough to earn Mosisili another term in office, says Sejanamane, who fears the current prime minister is unlikely to accept defeat gracefully.

Ominously, the Lesotho Defence Force recently announced extraordinary plans to occupy 22 hills and plateaus around the country, ostensibly for security purposes. Sejanamane suspects another motive. “The government has turned the military into a militia … I expect the military may try to resist if the election goes against Mosisili,” he said.

Another key factor in the result will be voter turnout, which was just 48% in 2015.

“I can’t predict turnout,” said Tsoeu Petlane, a veteran Lesotho election observer. “There is a lot of voter fatigue. But there is also a lot of anger. And people are beginning to realise that one way to cure the ills of the coalition government is to turn out in greater numbers.”

Lesotho’s fractured, fractious coalitions have been at the heart of its dysfunctional and short-lived governments. But another coalition is almost certainly on its way. It doesn’t bode well for Lesotho’s future.

“For the last five years, all we were doing was fighting internal battles,” said Petlane. It will come as no surprise if he is observing yet another early election in two years’ time.