A Nigerian nurse-midwife allows herself a small smile as she injects a tiny piece of plastic into a young woman’s arm.

In a way, Zainab Malut is doing herself out of a job through this intervention at a family planning clinic in northern Nigeria. The contraceptive implant she persuaded her patient to get will mean she won’t need to deliver the woman’s babies for the next four years. For the many women she sees each day, it means fewer mouths to feed and a degree of freedom.

A few kilometres away, at a camp for people who have fled Boko Haram, Gambo Abdul Aziz is trying to convince a recent arrival who has been using traditional contraception — a belt with charms sewn into it — that she should try the pill instead.

Determined as they are to help women get contraception, the midwives of Maiduguri have a tough job. Their clients and their husbands are often suspicious of modern methods; in the wake of Boko Haram, the population of their city, the capital of Borno state, has doubled to two million people.

But Malut and Aziz’s task has been made even harder by one man thousands of kilometres away: Donald Trump. The decision by the United States president to reinstate the “Mexico City policy” and invoke the Kemp-Kasten amendment, which cut US government funding to organisations deemed to promote abortion, means Malut’s clinic could run out of supplies, and Aziz’s may have to close down. 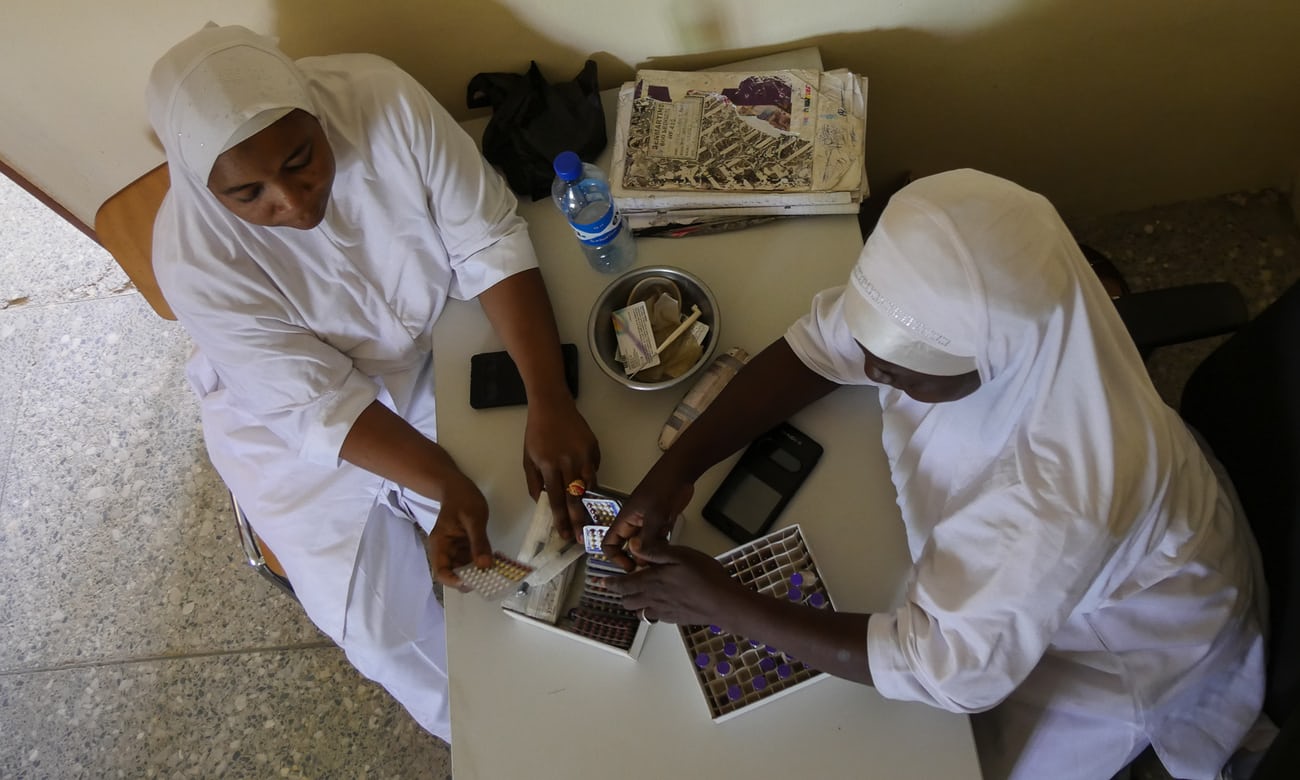 Neither clinic has any link to abortion, but both are supported by the United Nations Population Fund (UNFPA). Under former president Barack Obama, the US government was one of the agency’s biggest funders, giving it $69-million in 2016. Now the population fund and other organisations have to find cash elsewhere to keep their programmes going.

The situation in northern Nigeria demonstrates just how many knock-on effects Trump’s move could have. The population is growing so fast that Nigeria looks set to overtake the US to become the third most populous country in the world by 2050, a demographic dynamic with huge implications for migration and social stability.

Nearly two million unwanted pregnancies and 10 000 maternal deaths in Nigeria would have been prevented by Marie Stopes International alone, had it got funding for another three years, according to its country head, Effiom Effiom. Last year, Marie Stopes estimated that it prevented 240 000 unsafe abortions by helping women in Nigeria control when they get pregnant.

“This is going to be really huge,” Effiom says of the US decision to pull funding. “They’ve been key in strengthening healthcare. It’s their funding that allowed us to reach 500 000 women in the past three years. Who will bridge that gap?”.

The woman on Malut’s medical bed getting her implant, 25-year-old Sakina Sani, has two children, wants two more eventually and intends to put them all through school. She knows from experience that what she can earn selling fried yams will not stretch to educating a big family, such as the one she grew up in — Sani has seven siblings.

“If I had a daughter, I’d only want her to get married after school — at 20, at the earliest,” she says. “She would choose her own husband — I wouldn’t choose him. My daughter should have a choice. What I went through has influenced me. I would not allow my daughter to be subjected to that.”

What Sani went through was forced marriage at the age of 12, something not unusual in Nigeria, where up to three out of four (76%) of women are married before their 18th birthday, says the UNFPA.

Terrified of her 25-year-old husband, she managed to avoid him for the first two years of marriage. Eventually, though, he had his friends tie her to the bed and he raped her so violently that she was admitted to hospital for days.

He later apologised to her and her family, and she forgave him: “But what else could I do?”

She is no longer afraid of him; in fact, he suggested getting the implant, and accompanied her to the clinic, waiting on a wooden bench outside. But she will not allow her own daughters to be sold off for marriage. She is resolute to have only as many children as she can support and put through school.

“Things have to change,” Sani says.

Her implant means she can stick to her resolution for another four years. But after that she’d be stumped if the clinic had no supplies.

“I would just give up. What could I do? I’d have to have more children. All I could do is pray harder for God to help feed them.” 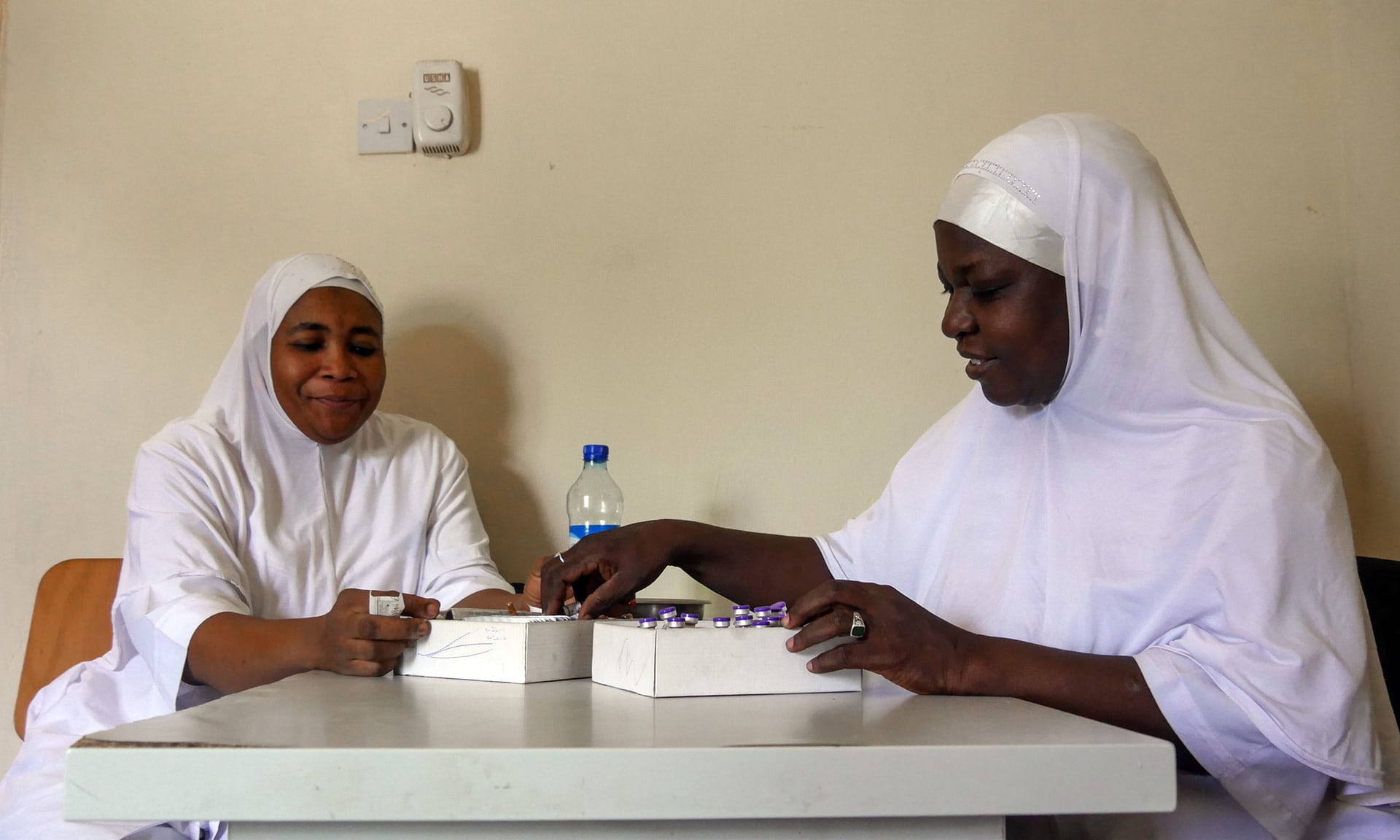 Nurse-midwife Zainab Malut (right) sorts out supplies with a colleague at their family planning clinic in Maiduguri.(Ruth Maclean, The Guardian)

Things will change, but for the worse, according to Effiom.

“It’s going to roll back the clock for us,” he said, pointing out that the cuts threaten to make government targets to increase contraceptive use from 10% in 2013 to 36% in 2018 impossible to achieve.

Some say that the large numbers of children born to Nigerian families even affect the country’s precarious security situation.

The emir of Kano, a highly influential Muslim leader, recently claimed that the neglected children of poor, polygamous men become recruitment fodder for the likes of Boko Haram.

“Those of us in the north have all seen the economic consequences of men who are not capable of maintaining one wife, marrying four,” the emir, who, as a rich man, has four wives, said earlier this year. “They end up producing 20 children, not educating them, leaving them on the streets, and they end up as thugs and terrorists.”

Malut says: “Our culture doesn’t like family planning. They say that if he wants to, God will stop the babies coming, but then they have 12 or even 20 children.”

While the emir tackles the men, Malut does whatever she can to get contraception to women, including those who fear being seen at her clinic and labelled promiscuous, or of news getting back to their disapproving husbands. Men in northern Nigeria often decide whether their partners use contraception, found research published in 2006 in the African Journal of Reproductive Health.

“See, no one can tell it’s there,” Malut tells Sani, running her patient’s finger over the skin of her arm. “You can feel the bump, but nobody else will have a clue unless they know what to look for.”

She puts the needle in the bin and gets ready to close the clinic, putting her hefty register in her bag to take home, along with some supplies, paid for with US money

“Women in my area know I’m working on family planning, so they’ll meet me at my house and I’ll give them pills and injectables,” she says.

Until they run out, that is.

“Americans have so much. Can’t they help us with this?” she asks.