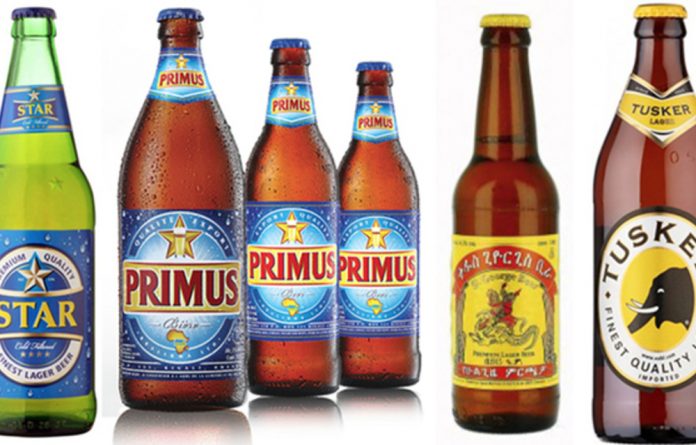 Africa is the most exciting growth region in the world, and is forecast to be the fastest growing total beverage alcohol region over the next five years. Africa’s beer market is said to be worth $13-billion and has shown year-on-year growth. Despite recent economic headwinds on the continent which has slowed growth in many other sectors, research has shown that beer volume growth in Africa is set at 4.5% this year – compared to 1.4% globally.

Companies such as ours are benefitting realty from this upward trend – with our results for the year ending June showing a 5% growth in beer sales alone.

Historically, the beer business has centred on premium beer but in recent years we have seen consumers migrate to value beers in a number of countries. This is good news not only for us, but for many beer consumers in Africa. Value brews such as Satzenbrau in Nigeria and Senator in Kenya have played a considerable role in moving consumers at the lower end of the income spectrum away from illicit and dangerous alcohol into safe and affordable alternatives. This consumer migration is of vital importance to the health of the general public. For example, more than 3,000 people died between 2009 and 2016 as a direct result of drinking illegally-produced alcohol, according to Kenya’s National Authority for the Campaign against Alcohol and Drug Abuse (Nacada).

This clearly indicates price point as an essential factor when making beer choices. Companies need to start innovating in that space in order to capitalise on this market. Another reason to pay close attention to value beers is that Africa has the largest youth population in the world. With an estimated 200 million people aged between 15 and 24, the drinking – and potential drinking – market is staggering and as people come of legal age, they will be thirsty for good, value brews.

Not only is the beer market huge in terms of consumers, it also contributes significantly to both job creation and economic investment. Just recently, Diageo announced the single biggest investment we have made in recent years with a $144 million (Kenya Shillings 15 billion) brewery to be completed in Kisumu, Kenya. Once complete, the brewery will increase our flagship value beer Senator Keg production by 1 million hectolitres annually in the first 5 years, allowing us to meet demand for the brand not just in Kenya but regionally.

This investment is not only good news for lovers of value beer, but it has also spurred significant benefits in the economy. This project will create an estimated additional 1 000 direct jobs for people in Kenya. We are especially pleased by the potential that this brewery grants sorghum farmers – 15 000 of whom will be contracted for this project in Nyanza and surrounding areas. Agriculture, and the development of this sector across this continent, is an increasingly important factor when making business decisions. The agriculture industry in Kenya, for example, is by far its most prominent, important and dominant industry. As of 2015, the industry accounts for over 25% of the country’s GDP, 20% of employment and 75% of the working labour force.

Only by creating supply chains that are economically, socially and environmentally sustainable can we, and other businesses in Africa, continue to make the products our consumers know and love.

Research has also shown that localisation is key with many consumers purchasing beers that speak to their local tastes. Apart from those already mentioned, new value beers have been launched across Africa: Ngule in Uganda, endorsed by the King of Uganda, which already has over 3% share of the beer category and Azmera in Ethiopia, a lager made from the finest locally grown ingredients which was taken from concept to market in just 8 weeks. Africa presents us with an exciting and growing market in which we need to continue innovating in order to meet a very specific demand – good taste, good value, good business practices. Cheers!