Africa’s airports are busier than ever before 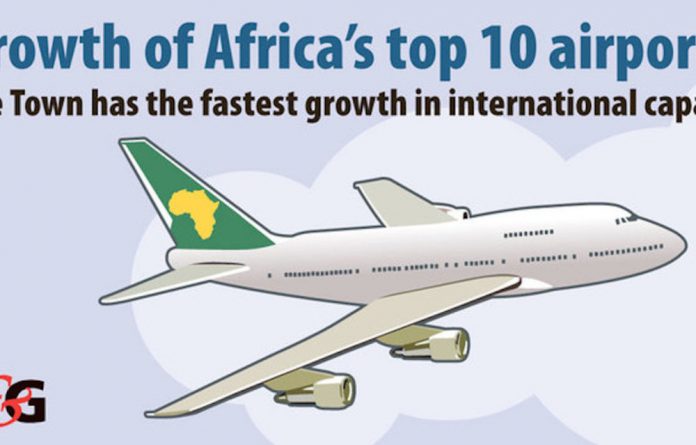 A surge in air traffic is keeping Africa’s airports busier than ever, according to new data. In the first seven months of this year, total international arrivals to the continent grew by 14% over the same period in 2016.

This strong growth was largely driven by a 13.2% increase in travel from Europe, which makes up nearly half the market and a 12.6% boost in intra-African travel, which is just over a quarter of the market.

The data was published by ForwardKeys, a London-based travel analysis firm.

Three South African airports – Johannesburg, Cape Town and Durban – are among Africa’s top 10 busiest airports, but the really impressive growth came in North Africa, especially in Tunisia (up 33.5%) and Egypt (up 24.8%). This was spurred by a huge increase in tourism from China after both countries lifted visa restrictions on Chinese citizens.

The positive trend is set to continue: as of July 31, seat bookings for flights to Africa are up 16.8% from where they were on the same date in 2016.

One airport with less impressive figures is Lagos’ Murtala Muhammed International. During the next five months, capacity is expected to decline by 16% on domestic routes and 9% on international routes as a result of Arik Air’s funding issues.