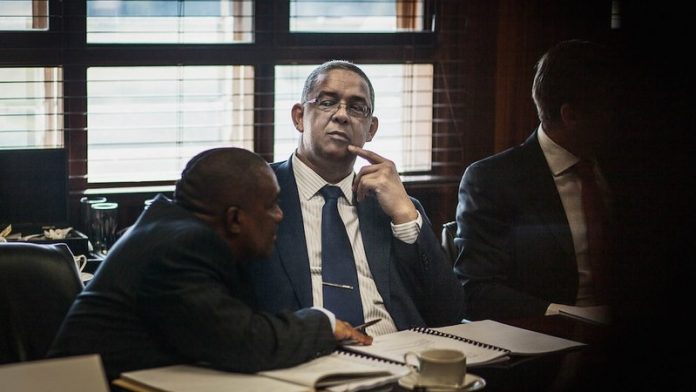 IPID head Robert McBride, who has been accused of assaulting his daughter, has been granted R10 000 bail in the Pretoria Magistrate’s Court on Wednesday afternoon. He was charged with child abuse and an alternate charge of assault with intent to cause grievous bodily harm. McBride stood quietly in the dock as the charges were read out. He confirmed that he understood them.

The State did not oppose bail, saying the only condition was that he should not have any contact with witnesses. The case was postponed to October 2 for further investigation.

IPID said in a statement, after the appearance, that McBride wanted the trial to start as soon as possible “so that he can clear his name”.

“As this matter is already in the courts, McBride had been advised not to comment further.”

In a statement issued on Saturday, McBride maintained that he was merely admonishing his daughter. He broke his silence after news broke earlier that he was being investigated for the assault of a minor child.

Speaking “with a heavy heart”, he said he decided to issue the statement after his daughter’s details were being circulated by people who had failed by other means to get rid of him.

The case was opened by a woman who had asked him unsuccessfully to squash a traffic fine, he claimed.

“I admit that I admonished one of my daughters, whom I love very much,” said McBride.

He explained that he had become concerned about his daughter’s school marks and “somewhat rebellious” behaviour, and had admonished her, but never assaulted her.

“My daughter was seated directly behind me in the car, it would have been impossible for me to drive and ‘assault’ and ‘throttle’ her at the same time,” he said. “I deny that I assaulted her and that she had any injuries when I left her at home. I have already indicated to the police that I will co-operate fully with the investigation.”

‘Red herring’
He said alleged assault claims were a “red herring”. “I am not at all surprised by the latest allegations against me – I have been accused of treason, conspiracy to murder and plotting an Arab-Spring style revolution, all of which have come to nought. Those making the allegations have now gone silent, after failing to substantiate their allegations.”

In an interview with EWN on Monday, McBride’s teenage daughter dismissed reports that the assault claims against her father were part of a smear campaign targeting the IPID head.

“This stems from him hitting me on Sunday, it has nothing to do with his work. I’m not concerned about his reputation or his line of work,” the teenager said. McBride’s daughter gave EWN a detailed account of the incident, saying her father had punched her repeatedly in the face. – News24