Exclusive: Gupta ‘negotiator’ and the R4bn Transnet IT deal 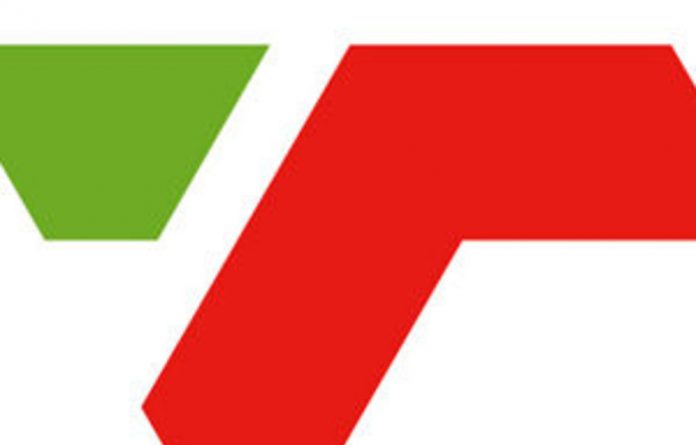 The value of a Transnet contract awarded to information technology (IT) company T-Systems ballooned from just under R1.7-billion to nearly R3-billion after known Gupta associate Salim Essa allegedly became a backchannel “negotiator” for the German multinational.

Former Transnet chief financial officer Anoj Singh, who has come under fire for his ties to the Guptas, also allegedly played a key role in Transnet’s decision to extend T-Systems’ contract instead of putting it out to tender.

T-Systems’ initial five-year contract to supply Transnet with IT data services was supposed to have come to an end in 2014. But the contract was extended for a period of two years, a decision that earned the company nearly R1.3-billion in additional revenue.

And thanks to an ongoing dispute over the contract, the company will earn up to R900-million in further revenue while the row drags on, according to T-Systems’ own records.

By the time the latest contract extension expires in May 2018, T-Systems will, therefore, have earned just under R4-billion from a 2010 contract valued at only R1.7-billion.

T-Systems has admitted to News24 that it considered appointing Essa as a “sales agent” in 2014, but the company says it eventually decided against it.

T-Systems also strongly denies that Essa influenced or played any role in Transnet’s handling of the data services contract, or that it ever paid Essa to represent the company in relation to any of its work with Transnet.

But sources familiar with the interactions between the IT firm and the parastatal say that Essa in 2013 and 2014 attended meetings with Transnet staff as a “negotiator”, supposedly on behalf of T-Systems.

During this time, Transnet was not only considering putting the IT data services contract up for tender but was evaluating a tender for network services.

Three sources with direct knowledge of the deal, two from within Transnet and one from the local IT sector, all say that Essa was on the scene as a “negotiator” for T-Systems when Transnet decided to extend the data services contract and while the network tender was underway.

”During the network tender, Essa showed up and said he represented T-Systems as an intermediary. When it became clear that the tender would instead be awarded to Neotel, Essa returned to the negotiating table, this time introducing himself as a representative of Neotel,” says one source.

The source says Essa took on a similar role as a supposed T-Systems “negotiator” when the data services contract was about to come to an end.   One of the two other sources told News24 that Transnet started to prepare a tender process near the end of 2013, seeing as T-Systems’ contract was set to expire at the end of the following year.

”The tender was ready to roll [be issued] in November 2013 and was being insisted on by procurement (Transnet’s procurement division). But in January 2014, T-Systems was awarded the two-year extension, which was set to commence in 2015,” says the source.

The Transnet insider claims that the Transnet board gave those who had worked on the tender “no reasons” for extending T-Systems’ contract, and that the decision “bypassed every process that exists in Transnet”.

Two of News24’s sources also independently indicated that Transnet’s decision to extend the tender in 2014 came as a result of orders from Singh.

“I recall Anoj motivating [for] an extension on the basis of urgency and that in the interim they (Transnet) would finalise the tender,” says one of the sources.

Singh did not want to discuss the matter.   ”Please refer all questions to Transnet for a response, thank you,” he wrote in a WhatsApp message.

T-Systems says it didn’t know that proceeds from its work with Transnet or other state-owned companies would be channelled to companies or people linked to the Guptas.

But information sourced from the #GuptaLeaks, along with earlier media reports, shows that companies chosen by T-Systems as its local empowerment partners were very familiar with the controversial family.

In 2014, as the R1.3-billion T-Systems contract extension kicked into gear, the IT firm appointed Sechaba Computer Services as a supplier development partner as part of Transnet’s empowerment requirements.

Apart from being one of the companies identified by amaBhungane as having paid money into an account of the Gupta-linked Homix, Sechaba also paid money to Zestilor, another of T-Systems’ then BEE suppliers.

At the time, Zestilor was owned by Zeenat Osmany, Essa’s wife.   The #GuptaLeaks show that Zestilor first wanted to buy a 51% stake in Sechaba before the two companies concluded a “management fee” deal that would earn Zestilor R200,000 a month.

In June 2015, Santosh Choubey, a Sahara Computers employee, sent a document to Tony Gupta titled “Sale of Shares Zestilor – Sechaba”. The document proposed a purchase of a 51% stake in Sechaba by Zestilor.

The timing of the email is interesting, seeing as T-Systems’ two-year contract extension was about to come to an end.

In October 2015, a month before Transnet would finally advertise the data services tender, Choubey sent an email to Essa and Tony Gupta that made it appear as if the shares transaction had already been concluded.

“…because Zestilor owns Sechaba now may be (sic) we should have a registered office of Zestilor in Sechaba building itself and put together a proper financial review of Zestilor and Sechaba,” Choubey wrote to Essa and Gupta.

Krisen Naidoo, Sechaba’s chief executive, admits that there were negotiations between his company and Zestilor, but he says the deal did not go through. He provided News24 with a share register, according to which Sechaba’s only shareholders are himself and a Thavagee Gooroocharan.

But aside from the ownership issue, the #GuptaLeaks also show that Sechaba started paying large amounts of money to Zestilor towards the end of 2015.

An email and an accompanying invoice sent by Choubey to fellow Gupta associates Evan Tak, Ashu Chawla and Ugeshni Naidu in September 2015 details how Sechaba was to pay Zestilor a “management fee” of R200,000 a month.

News24 asked Naidoo why his company agreed to pay Zestilor R200,000 each month.

According to Naidoo, Sechaba had bought 11 “connectivity links” from Zestilor.

Naidoo says that these “connectivity links” formed part of an array of services that Sechaba and companies in the Oakbay group started to procure from one another in anticipation of Zestilor’s proposed purchase of a stake in Sechaba.

“I can only assume that by accepting this offer, a presumptuous belief was created by the purchaser (Zestilor) that they had in fact successfully concluded ownership of Sechaba,” Naidoo said when asked why Choubey would have claimed that Zestilor owned Sechaba.

“The Zestilor connectivity contract was terminated when the sale of the Sechaba shares did not materialise,” added Naidoo.

Despite T-Systems’ denial of any knowledge of ties between its development partners and the Guptas, the company has nevertheless terminated its relationships with these companies following a probe by law firm Bowmans.

“The investigation indicated Sechaba to be a compliance risk due to its own relationships outside of the T-Systems relationship, and it was therefore decided by mutual agreement to separate all ties,” explained T-Systems.

The data services tender finally went out to tender in November 2015. After a lengthy tender evaluation process riddled with delays, Transnet management in February this year recommended that the contract be awarded to local IT firm Gijima.

But the Transnet board’s acquisitions and disposals committee (ADC), which at the time was chaired by Stanley Shane, whose alleged benefactors are the Guptas, chose to override the recommendation and insisted that the contract be awarded to T-Systems, according to court documents relating to the matter.

Information in the #GuptaLeaks has shown that Shane received a payment of R1-million from the Guptas in September 2016.

Shane has strongly denied having acted improperly in relation to any tenders awarded by Transnet. He referred News24 to Transnet for further queries.

Treasury and Transnet’s own legal team have both concluded that the tender should be awarded to Gijima following two separate probes, but the matter is now being heard in the high court in Johannesburg after Transnet sought to obtain a declaratory order.

Transnet did not want to provide answers to detailed questions about its work with T-Systems or about Essa’s alleged role as a middleman in the deals.

“Transnet has noted the National Treasury directive on the IT data systems contract with T-Systems. Given that the matter has now escalated to a legal process, Transnet would like to reserve its comment on this matter,” Transnet said in a statement.

Essa and his wife did not respond to News24’s queries. Osmany appeared to have read queries sent to her via WhatsApp.