Global trade is unravelling. Most recently, the World Trade Organisation biennial trade talks ended with no new agreements, with the WTO calling on members to do some “soul searching”. But amidst all the doom and gloom, Africa is proving to be one of the arenas for moving regional trade negotiations forward. During recent trade talks in Niger, African governments made a critical step towards creating the world’s largest trading area.

Covering a market of 1.2-billion people and a combined GDP of US$2.2-trillion, Africa’s Continental Free Trade Agreement (CFTA) is a staggering proposition. And with the continent’s economy expected to grow to US$29-trillion by 2050, the CFTA will represent a larger market than NAFTA today.

Notably, this new accord comes at a time when other mega-regional trade agreements are stalling. President Trump’s decision to withdraw from the Trans-Pacific Partnership sent member-states back to the negotiating table. At the same time, negotiators from Canada, the United States and Mexico continue to hit walls in NAFTA negotiations.

Now, however, there is hope on the horizon. Africa’s ambitious trade deal covers 90% of goods traded within the continent, with the remaining 10% of sensitive items and excluded products to be reviewed and phased-in.

It goes beyond traditional trade agreements in mere goods. Through the agreement, services too are to be progressively liberalised. This is to be supported by a mechanism for addressing Africa’s prevalent non-tariff barriers, like border delays, burdensome customs and inspection procedures. In its next phase, negotiations will begin on competition policy, intellectual property rights and possibly also e-commerce.

When trade grows, markets open and economies begin to diversify. Intra-African trade is especially valuable, comprising a large share of value-added and industrial products like processed agricultural goods, basic produce, and financial and retail services. It is also different from the trade goods that flow from Africa to the rest of the world, which are mostly crops, mineral products, metals and oil. 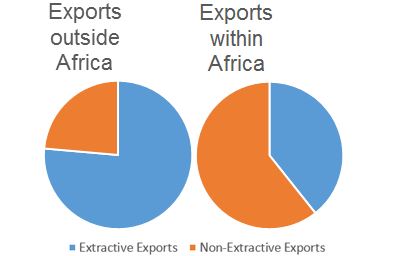 The CFTA will revolutionise the way Africa trades. Moving away from commodity driven exports will help to secure a more sustainable and inclusive trade that is less dependent on the fluctuations of commodity prices.

This will be of particular benefit to Africa’s small and medium-sized enterprises, which support 90% of jobs, and which are better positioned to tap into regional destinations than markets overseas.

An enlarged regional market also provides better incentives both for inward foreign direct investment and for cross-border investment from within the continent. Most African markets are small and fragmented, but through integration we can create the scale necessary for industrial investments.

Cumulatively, these benefits from the agreement will contribute to several Sustainable Development Goals – from targets for decent work and economic growth (Goal 8) to food security (Goal 2). However, of utmost importance is Goal 1 and keeping the pledge that “no one will be left behind… starting with the furthest behind first”.

So, there is much to celebrate with the conclusion of the CFTA negotiations, but this is just the first step. Matching ambition with implementation is now the challenge, as outlined in a new joint report by the Economic Commission for Africa, the African Union Commission and the African Development Bank on ‘Bringing the CFTA About’.

Implementing the CFTA requires an astute appreciation of the political economy of integration in Africa. It will involve tackling vested interests that benefit from the status quo and making difficult decisions over import taxes and trade openness. The Boosting Intra-African Trade Action plan will guide leaders to make these decisions. It will address issues such as trade policy, capacity, infrastructure, and finance – tackling head-on elements which can quickly derail any agreement.

What is required is the continued commitment of Africa’s leaders, and engagement from the private sector and civil society to power a new era of innovation, trade and investment steered by its vibrant youth population. Together, we can shape a better future for Africa.

Mahamadou Issoufou is President of Niger and African Union champion for the CFTA. Vera Songwe is UN Under-Secretary General and Executive Secretary of the Economic Commission for Africa.