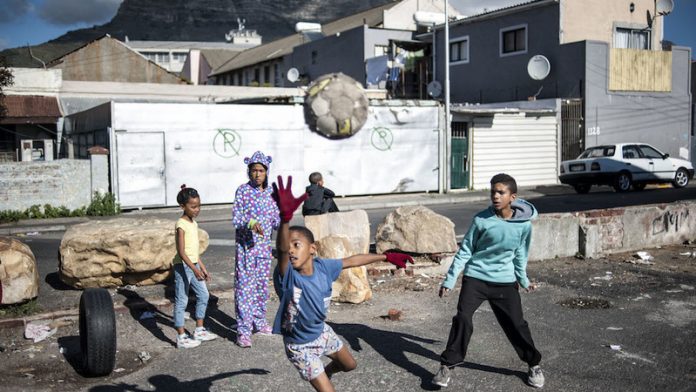 Residents facing eviction from their Woodstock homes “have no right or entitlement” to be accommodated at a location of their choice, says the lawyer representing the City of Cape Town.

Tenants in flats in Albert Road, Woodstock, were given eviction notices in March and April last year.

During an earlier hearing, the court had asked the city to submit a report on possible alternative places for the residents to live. On Tuesday, Quinton Williams, representing the City, told the Cape Town Magistrate’s Court that the only temporary emergency housing the city could offer the families was in Blikkiesdorp or Wolwerivier. He discounted suggestions made by the tenants that they should be moved to a city-owned site closer to the central business district.

“Both the Delft Symphony Way TRA [temporary relocation area] and Wolwerivier TRA have already undergone scrutiny by the court in other matters. The [tenants] have no right or entitlement to want accommodation at a location of their choice,” Williams told the court.

He said Blikkiesdorp was a “suitable offer” because the structures there “are 18m2 with access to electricity, it is fenced, nearby [to] clinics and schools, and efforts are being made to reduce the high crime rate in the area”.

Regarding Wolwe-rivier, Williams said the TRA was on the bus and taxi routes, a mobile clinic often visited the area, and transport was being provided to take pupils to school.

People sitting in the gallery could be seen shaking their heads in disagreement. One was heard saying: “It isn’t like that. Has he been there?”

Mark Owen, representing the tenants, said the city’s offer was tantamount to the discrimination that occurred during apartheid.

“The council are aware of the gentrification that’s been taking place in Woodstock over the past three years. They know that there has been growing displacement of poor people in favour of the more wealthy. What the council has said is tantamount to what transpired during the apartheid government. Except the discrimination now is no longer on the basis of skin colour but of the person’s ability to afford accommodation in the area they have lived in for years,” he said.

Owen said if the city was able to assemble and break down structures at the Wolwerivier site, it should be able to do the same at the city-owned sites in the Woodstock area.

Ahmed Ebrahim, representing the landlord, asked the court to order the tenants to leave the apartments within three months. He said they had been given eviction notices nearly a year ago, and that was enough time to look for alternative accommodation.

Desiree Ling said her family would suffer if they were to move to Delft or Wolwerivier. “I work near the city centre and my children go to school nearby … I was born in Albert Road. It’s all I know. We don’t want to move far away, but we can’t afford extremely high rentals.”

Delia Fielies is 65 and has lived in the block for the past 36 years. She said: “I’m prepared to move but into a brick and cement place. I refuse to live in a tin in Wolwerivier or Blikkiesdorp. I’m not a pilchard.”

Fielies walks with great difficulty. She looks after her three young grandchildren. She tearfully told the court that her Albert Road neighbours were her only friends and had become her family.

Magistrate Paul Jethro said he would consider what effect the eviction would have on the tenants.

The matter has been postponed until March 1.— GroundUp