South Africa has slashed its maternal mortality death ratios in public health hospitals by almost a third (29%) within seven years. Between 2009 and 2016, institutional maternal death ratios decreased from 189 per 100 000 live births to 134 per 100 000, according to a study published in a maternal and child health edition of the South African Medical Journal (SAMJ) in March.

Maternal deaths, the World Health Organisation (WHO) says, happen when women die while they’re pregnant, during childbirth or within 42 days after giving birth. Institutional maternal deaths, however, are measured only for maternal deaths that happen in public health facilities.

The decline comes after South Africa struggled for years to reduce its maternal mortality ratios — health department statistics show that South Africa’s maternal death ratios between 2002 and 2009 more than doubled.

Maternal mortality figures are strong measures of how well or badly a country’s public health system is doing, according to the WHO.

For instance, almost all the world’s maternal deaths in 2015 occurred in developing countries with health systems with far fewer resources than those in developed countries, a 2016 report by the WHO and other partners found. Sub-Saharan Africa alone accounted for two out of three of the deaths. 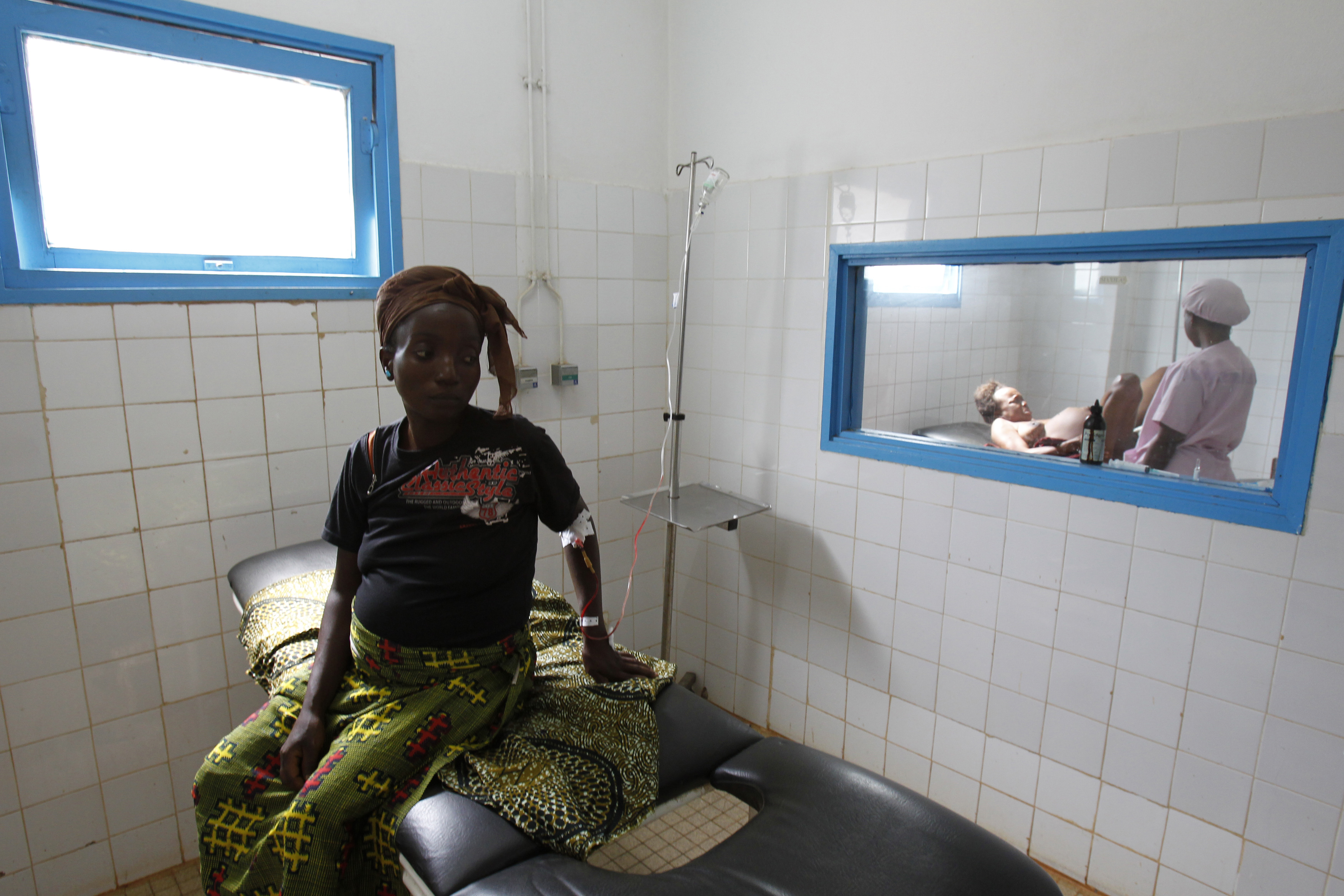 Between 2002 and 2009, SA’s maternal mortality ratio more than doubled. But over the past seven years it’s decreased by almost 30%. (Luc Gnago/Reuters)

Sierra Leone had the highest maternal mortality ratio in the world at 1 360 maternal deaths per 100 000 live births.

The main reason for South Africa’s decline in maternal death ratios, according to the SAMJ study, is the “large-scale reduction in deaths owing to HIV infection as a result of the success of the HIV antiviral treatment programme in pregnancy and beyond”.

The maternal death ratio for HIV-infected pregnant women is almost six times higher than that of HIV-negative women, a 2012 study in the South African Journal of Obstetrics and Gynaecology has found.

In 2015, one out of every three maternal deaths was because of HIV.

Maternal deaths for HIV-positive women is mostly caused by non-pregnancy-related infections, such as tuberculosis, pneumonia and meningitis, that people with HIV, and who are not on treatment, are more likely to develop.

“If a mom is HIV positive, but not on antiretroviral drugs [ARVs], she will develop symptoms of Aids,” explains Claudine Bill from the Philani Maternal, Child Health and Nutrition Trust. The Philani project works to improve maternal health in informal settlements in the Western and Eastern Cape.

Bill explains: “Their bodies become very weak and this compromises their immune systems, so they are more at risk of contracting other infections like TB or meningitis because their bodies are too weak to fight them off.”

When pregnant women with HIV are put on ARV treatment, it prevents HIV from multiplying in their bodies, and therefore “ensures that they are less likely to die due to complications of having the virus during birth”, the health department’s deputy director general for maternal health, Yogan Pillay, explains.

Obstetric haemorrhage (bleeding during pregnancy, labour or the postpartum period) and pregnancy-related sepsis (the body’s often deadly inflammatory response to infection) caused by miscarriages or post-birth complications, also contributed to women dying during pregnancy or giving birth, says one of the SAMJ study authors, Robert Pattinson.

But maternal deaths caused by bleeding started to decline between 2015 and 2016, after health workers were trained in the management of obstetric emergencies.

The health department hopes to reduce maternal mortality further by increasing the number of antenatal visits provided for pregnant women from five to eight, in accordance with new WHO guidelines.

But there’s still a long way to go. South Africa would need to almost halve its 2016 maternal mortality ratios — from 134 deaths per 100 000 live births to 70 — by 2030 if it is to achieve the United Nations’ global maternal mortality sustainable development goal for maternal health.

Sustainable Development Goals (SDGs) are targets that signatory countries, including South Africa, started to implement in 2016 in an effort to end poverty.

South Africa failed to achieve its Millennium Development Goal (MDG) for maternal health in 2015 — MDGs are the set of goals that preceded the SDGs. 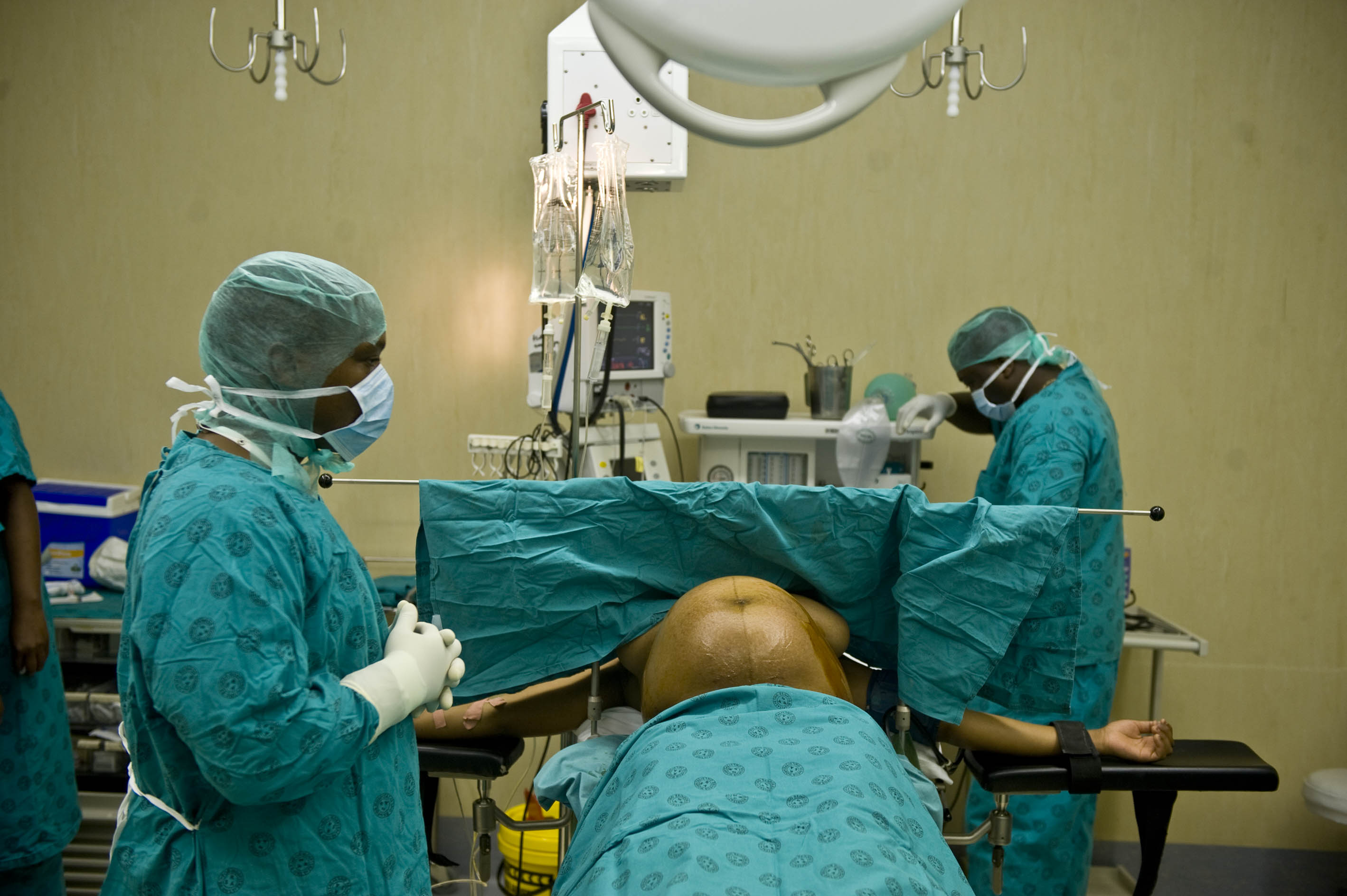 Research shows that bleeding during pregnancy, labour or after childbirth is one of the leading causes of maternal deaths in South Africa. (Paul Botes)

One of the challenges the country is faced with is that it has a high number of children between 10 and 14 and adolescents between 15 and 19 giving birth, the SAMJ study authors explain. Research has shown that, because children and teenagers’ bodies are not yet fully developed, they are more likely to experience birth-related complications.

Another problem is data collection: although the country has “considerable data and knowledge of institutional maternal mortality through the work of the National Committee for Confidential Enquiry into Maternal Deaths”, it has “a paucity of information on maternal deaths that occur outside health facilities”, the study states. These deaths are estimated to add about 20% additional deaths to those that are recorded in health facilities.

Pattinson says, ultimately, maternal deaths can only further decrease if there is an overall investment in South Africa’s public hospitals and clinics: “The public health system is underfunded. If more resources are available to tackle HIV, obstetric haemorrhage and hypertension, then we will continue to reduce the mortality ratio.

We will reach the SDGs for maternal deaths in the next few years, certainly by 2025 [five years before the deadline].”

From pandemic crisis to a better South Africa

Facts and figures: The proportion of women legislators worldwide