‘No sex, no coffee, no ARVs’: Former president’s quackery could land him in court

One by one the patients were called. It was often late at night, and always on a Tuesday or a Thursday.

Waiting for them in his billowing white robes was Gambia’s president, Yahya Jammeh. The tiny West African country’s minister of health — a trained doctor — was forced to be present in the room of the state house complex too.

The president had invented a  miracle cure for Aids, he announced to his astonished nation in January 2007. Ignoring the scepticism and outrage from international health experts, who called it a sham, the former army colonel vowed to eradicate Aids with a secret herbal concoction and spiritual healing from a makeshift clinic in state house.

The health minister and his successors had no choice but to endorse the president’s outlandish and false claims. Jammeh got all his bureaucrats and underlings to support him: even the country’s official website issued glowing press releases on the free presidential treatment.

The patients were asked to undress and rub themselves off with a towel. Then they had to lie down on a stretcher. The president, who had no medical training, put on gloves and walked towards the patient.

“He would pour coloured water from a bottle on the patients and wash their bodies, top down,” says Fatou Jatta, one of the first people Jammeh drafted into his bizarre Aids programme 10 years ago.

The president would then chant prayers from a leather-bound Koran.

“He also applied a cream and gave us a concoction in a bottle to drink.

“[Within] 10 minutes I started feeling [almost] unconscious. I could not get up and walk. When I tried to stand up, I fell down.” 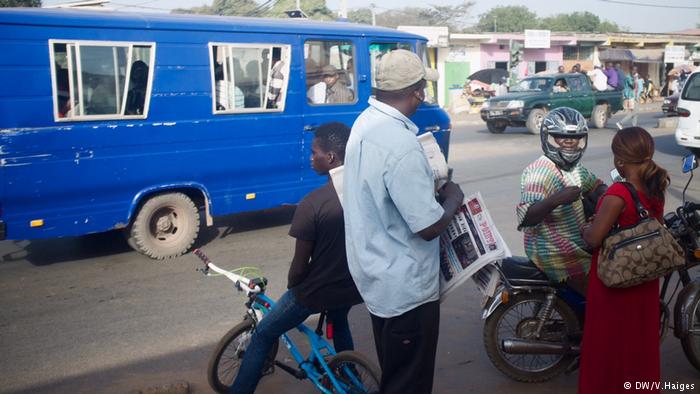 Jammeh’s fake Aids cure programme was deadly but no one knows just how many Gambians fell victim to his lies. A court case might be a first step in solving this riddle.

Jatta, who is 51, chooses her words carefully. She describes the “treatment” she and thousands of other Gambians received at the hands of Jammeh, who  fled into exile in January 2017 after a brutal 22-year rule.

“I can cure Aids, you will never have the virus again,” the dictator assured Jatta and the other HIV patients he had summoned to state house.

At the time, she was part of an advocacy group of people with HIV. That is how she came to be a guinea pig for the dictator: he enlisted members of Aids support groups for the “presidential treatment”.

“We agreed to go because we knew the type of person Jammeh was,” Jatta says. At the time, Jammeh had been in power for 10 years. Gambians lived in fear: nobody said no to the dictator.

Jatta thought she would only take medicine and then be allowed to go home, but she was held against her wish for months — guarded closely by soldiers — and grew weaker and weaker.

She wasn’t allowed to see friends or family. Other survivors have said they were forbidden to have coffee or sex. No conventional medicine was allowed; only Jammeh’s concoctions of fruits, leaves, branches and roots. He never revealed the exact ingredients or allowed the mixture to be tested.

Not only did Jammeh televise treatment sessions of unwilling patients — many of whom had not yet disclosed their HIV status to family and friends — he would also regularly parade his “successes” to the media.

“Patients” had no choice but to confirm their so-called “health”.

“After seven months I was declared ‘cured’ and allowed to go home,” Jatta says. 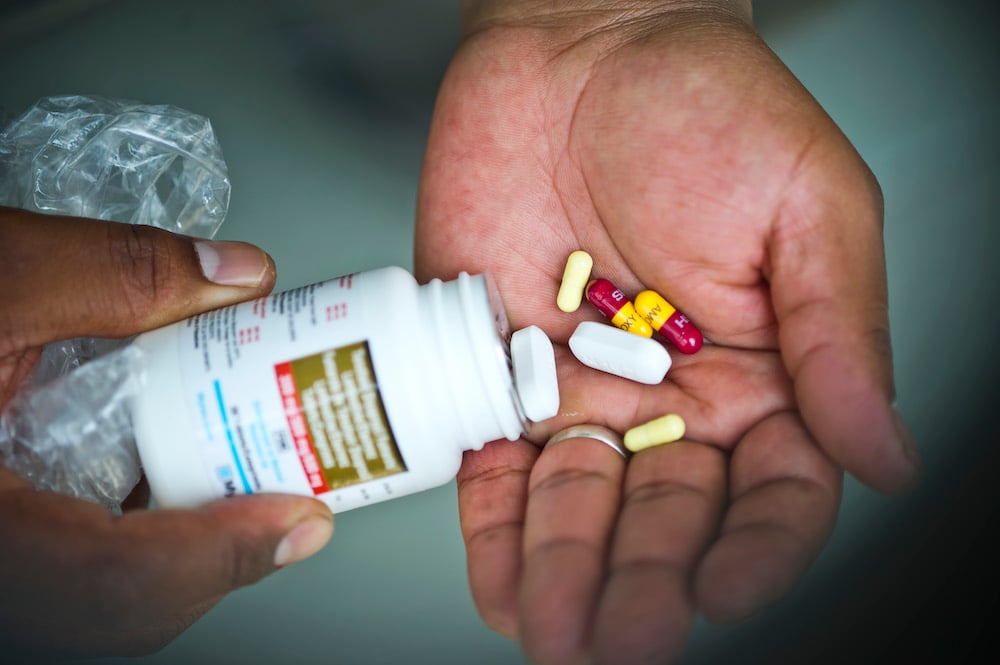 At a time when South Africa was at the cusp of starting a national HIV treatment programme, Gambians were being told to ditch proven ARV treatment in favour of Jammeh’s snake oil. (Delwyn Versamy, M&G)

But when she went to the British Medical Research Council clinic on her release from Jammeh’s clinic, she was near death.

Her  CD4 count — a scientific measurement of the strength of someone’s immune system — had dropped to 80. A normal CD4 count ranges between 500 and 1 500. The World Health Organisation now recommends that countries move away from treatment guidelines based on CD4 counts and instead offer all people living with HIV antiretroviral (ARV) treatment as soon as they are diagnosed.

At the clinic, Jatta was put on ARV treatment and her health improved.

It is only now, a year after the authoritarian ruler lost elections and was forced out of power when the region threatened military intervention, that she and his other victims are speaking out about their experiences. Under the feared dictator this could have been met with torture, detention or disappearance. During his reign he threatened to decapitate homosexuals and arrested anyone suspected of being a witch or a wizard.

“We still hesitate to go public,” Jatta says. Dressed in a colourful African boubou (traditional West African wide-sleeved, flowing robe), she is sitting in a simple bungalow in the seaside town of Kotu, about 9km from Banjul, the capital.

“There is always the risk Jammeh’s supporters will seek revenge for [us] exposing their leader. Some of them believe Jammeh will one day return.”

Jatta is one of the survivors not only speaking out publicly, but campaigning for justice and reparations from the former president, who is being harboured by Teodoro Obiang Nguema Mbasogo, Equatorial Guinea’s dictator since 1979.

“We feel that our human rights have been violated and Jammeh should be brought to justice,” says Jatta. “I could have lost my life. I know of more than 20 patients who died after Jammeh declared them cured.”

In October, international advocacy organisation  Human Rights Watch and Gambian groups launched the “Campaign to Bring Yahya Jammeh and his Accomplices to Justice”.

“Many patients did not authorise him to disclose their conditions but he paraded them in front of state media,” Janneh says. “He held them captive. They had to stop taking modern medicine from qualified doctors.”

Gambians suffered “one of the most egregious, orchestrated assaults on people living with HIV in the history of the global Aids crisis,” explains a press release by the US-based charity  Aids-Free World, an international advocacy organisation working with Gambian attorneys from the Institute of Human Rights and Democracy in Africa as well as Jatta and other activists.

The extent of the damage done by the former president will only come to light as more victims speak out and the case is argued in Gambian courts, says Sarah Bosha, legal research and policy associate with Aids-Free World.

The organisation estimates that at least 9 000 Gambians were coerced into the fake “Presidential Alternative Treatment Programme”, the majority of whom were  reportedly HIV patients. There was an information blackout for most of the period, Bosha says. In 2007 Jammeh abruptly kicked out the United Nations envoy when she disputed that Jammeh had a cure. He kept his clinic’s records secret and it is not known how many people died as a result of his quackery, Bosha says.

“We are still gathering evidence of what happened for the court case and planning future research to ascertain numbers,” she explains.

“There are many questions, such as what happened to Aids funding and ARV stocks. Even oversight bodies have no information.”

It is equally hard to estimate the damage wrought by Jammeh’s bogus cure, Bosha explains.

“The health implications are serious and long-lasting. We have heard from the victims that they had constant diarrhoea. Some fainted, others vomited. That is devastating for someone whose immune system is already compromised.

“Because they were off ARVs for so long, their CD4 counts fell. They were in close confines with other people and some contracted tuberculosis (TB),” she says.

TB is a  leading cause of death among people living with HIV. Studies have shown that ARVs can reduce the risk of developing active TB in HIV-positive people.

What is also not known is what effect Jammeh’s actions had on Gambians’ understanding of HIV and their treatment choices.

“There was a lot of propaganda. If people believed there was a cure, how did it change their behaviour?”

Alpha Khan, deputy director of Gambia’s National Aids secretariat, believes the country’s efforts to combat HIV were hampered by Jammeh and his so-called treatment.  Only 30% of the 20 000 Gambians with HIV are on ARVs, according to UNAids data from 2016. For context: in South Africa, about 60% of HIV-infected people are on treatment.

The message Jatta and other victims are spreading now by talking out, says Bosha, is crucial to counter the two decades of Jammeh’s propaganda.

“We now have someone saying there is no cure. This is just good old-fashioned messaging.”

While the victims want Jammeh to stand trial, they are also seeking reparations, which would mean some form of financial compensation.

A Gambian commission for truth, reconciliation and reparation is set to start proceedings later this year.

Jatta wants to see charges brought against Jammeh. But she also wants to make sure no one will again believe there is a miracle cure.

“When the whole world is yet to have a cure for Aids,” she asks, “Who is Jammeh to have discovered a cure?”