When the summer rains arrive in eastern Botswana, people travel for hours to the region and head into the mopane woodlands in search of the “diamonds of Bobirwa” — mopane worms, although technically they are caterpillars.

The caterpillars of the region’s distinctive emperor butterfly emerge from their eggs with the rains and feed on the leaves of the mopane trees. That’s when people gather them up by the bucket-load and take them home to feed themselves, or to sell at markets.

For generations, people have dried the caterpillars and either cooked them to make a relish or ground them into a powder and mixed this into porridge or yoghurt.

Some people even travel from as far away as South Africa to buy the dried caterpillars, which they mix into sorghum meal with a little salt to make a livestock feed.

Most importantly, it’s an important source of protein and income for the people of Bobirwa.

But mopane worm numbers have dwindled in recent years, according to local ecologist Ephias Mugari, in part because of extended droughts but also because of a growing number of people who rely on the worms as a food and source of income, putting greater pressure on the resource.

He recommends that the Botswana government should consider reviewing the permits and start monitoring the harvesting of the larvae. The government might even have to close the harvesting season for two to three years to allow the resource to recover.

Mugari, a doctoral researcher at the University of Botswana, has visited the Bobirwa district several times since starting his research there in February 2016. His aim is to gauge the extent to which the local people depend on ecosystems for wild sources of food, medicine and feed for their animals, and to understand how rising global temperatures and changing climates are affecting these.

“Botswana is one of the sub-Saharan countries that’s most vulnerable to climate change for various reasons. I visited this specific area to establish all the important ecosystem services that people in Bobirwa rely on, especially those that are linked with the state of natural vegetation and are therefore responsive to climate,” he said. 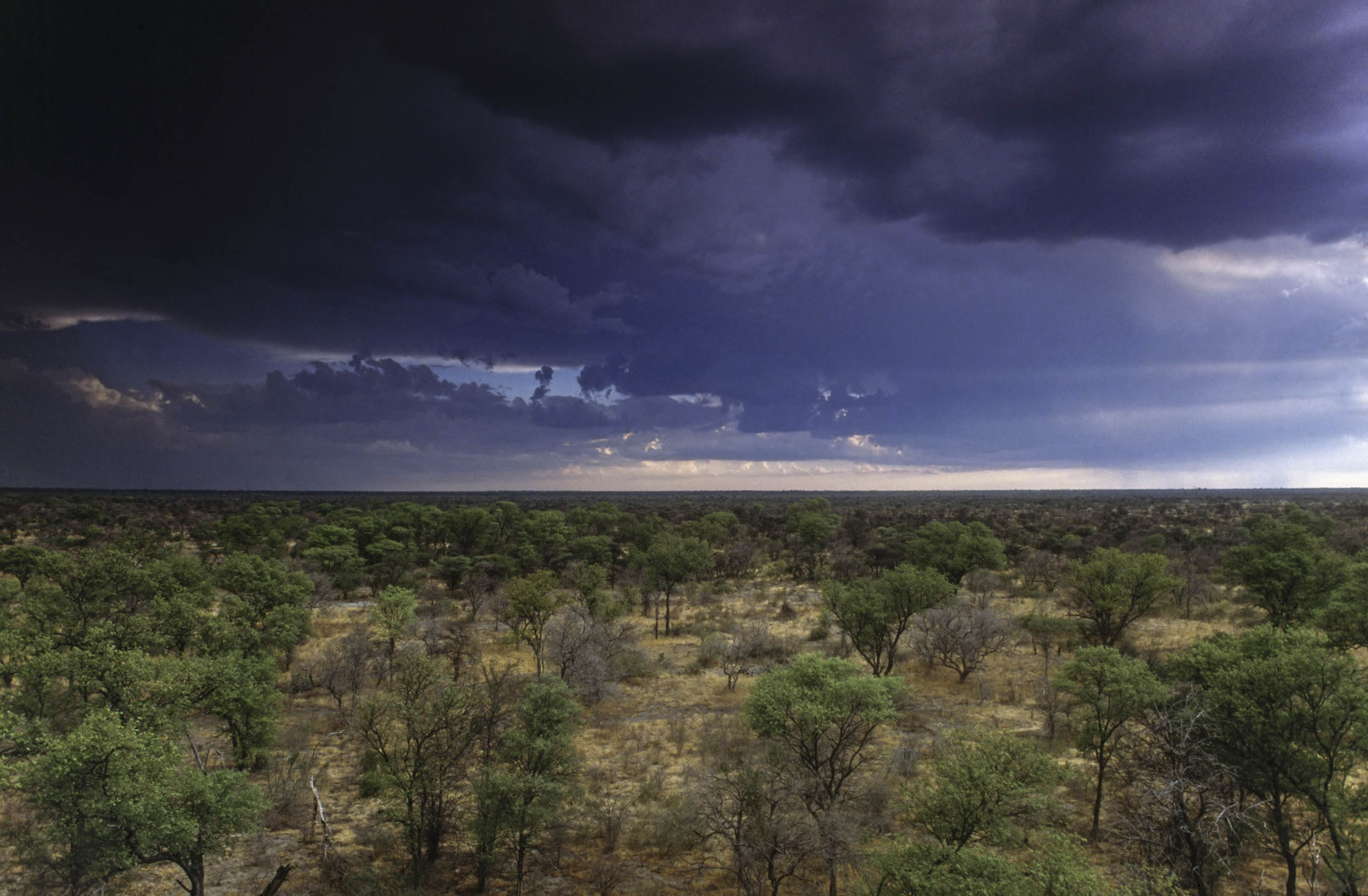 Mugari has visited about 10 villages in the subdistrict for his research. When he returned to the region in February, the rains were late again. The mopane caterpillars usually hatch with the rains in December, and again in April. Farmers also time their crop planting with the rains. But, even at the height of the summer, Mugari found that many of the farmers had not yet planted because of a lack of rain.

Botswana’s distance from the cooling effects of the nearest oceans or humid tropical forests is one of the reasons it is expected to warm faster than many other countries.

The landlocked country is already vulnerable to climate change, with higher temperatures and longer, more severe droughts becoming the “new normal”, according to Tiro Nkemelang, a climate scientist at the Botswana Institute of Technology Research and Innovation.

“Global temperature warming is already set to exceed 1.5°C above pre-industrial levels but Botswana will cross that threshold much earlier because of its semiarid climate,” he said.

According to a recent climate-modelling study by the African Climate and Development Initiative (ACDI), based at the University of Cape Town, researchers found that the 1.5°C average increase could occur as early as 2024.

“The climate modelling suggests that, with a 1.5°C increase in temperature here, Botswana will see greater temperature-related extremes: more heat waves, more warmer days and fewer cooler days,” said Nkemelang, who conducted some of this modelling while studying at the ACDI.

Periods of drought are expected to last longer, according to Nkemelang’s modelling, and, when the rain does come, it is likely to be more intense, resulting in flooding. The overall climate trend will be one that is hotter and drier.

Because people in semidesert countries are dependent on rain for agriculture, the prospect of longer, more severe droughts, with shortened and less predictable rainy seasons, will have a significant negative effect on crop yields and food availability. People living in areas such as those visited by Mugari in Bobirwa generally have a low asset base, so are highly dependent on the natural environment for resources — food for themselves, fodder for their livestock, fuel and building materials and water itself.

The case of the mopane woodlands and its caterpillars shows how dependent so many people in semi-desert parts of Southern Africa are on healthy ecosystems.

“When I questioned the villagers in the Bobirwa district about their experience of harvesting mopane caterpillars over the past decade or so, most said there had been a significant decrease in the insect’s abundance. They also said that the caterpillars’ flushes were inconsistent, that one season they would appear near one village but not another.”

He said the locals saw a clear link between declining caterpillar numbers and ongoing drought in the region.

But he also found clear signs that growing demand for the resource was putting unsustainable levels of harvesting pressure on the caterpillars.

“If people want to harvest mopane caterpillars in Botswana, they are required to have a permit from the state. But the permit costs only two pula (R2.50) … and there is no monitoring of harvesting. People just travel out into the woodlands and collect whatever they want,” Mugari said. “They’re also digging up the pupae buried in the ground towards the end of the harvesting period.”

The mopane caterpillar is the juvenile life stage of an emperor butterfly species, Imbrasia belina.

The adult butterflies usually lay their eggs on the leaves of the mopane trees twice during the rainy season. The eggs hatch, leaving the caterpillars to feed on the leaves and grow rapidly.

Once they have completed this part of their life cycle, they crawl down to the ground, bury themselves in the soil, where they pupate and remain for several months, until the next rains come.

They emerge as butterflies and, unable to eat, they have only about four days in which to mate and lay eggs before they die.

Mugari said that, if people dig up the pupae, they’re taking away from next season’s breeding stock.

How should the Botswana government respond?

“The state can’t do anything about adverse climate change but it should consider working with traditional leaders and local authorities to monitor and enforce permitting conditions more strictly. They might also consider banning mopane caterpillar harvesting for two or three seasons, to allow the population to complete a few breeding seasons, and bounce back,” Mugari said.

But ways will have to be found to make sure that the people who depend on the mopane caterpillars will have other ways to make a living or survive, researchers say.

This article was funded by the Adaptation at Scale in Semi-Arid Regions, a research consortium looking at climate change in semi-arid parts of Africa and India