A host of companies and patents linked to ANC spokesperson Pule Mabe were part of the extraordinary R49-million tender awarded by a subsidiary of the North West government.

Mabe, a former ANC member of Parliament, declared his directorship of Enviro Mobi and Kariki Media in the MPs register of members’ interests in 2016. These are the same companies that Mabe told City Press last year were subsidiaries of his Rivalox company, of which he was chairman.

Mabe has denied any wrong-doing and any involvement in the deal except that he was a patent holder for an “Uber for laundry” app.

He told the Mail & Guardian he had resigned from Enviro Mobi in 2014 and Kariki Media in 2015.

The service level agreement was signed by Mabe’s cousin, Eulender Rakoma, an Mvest Trust trustee. The other trustee is Mabe’s former business associate and employee, Tinyiko Mahuntsi. Mabe and Rakoma are said to be close, having grown up together. In the agreement Enviro Mobi is said to be an “invention enrolled as a patent and a service delivery management platform designed to enhance and improve service delivery”.

Kariki is a three-wheeler with a loader to collect and remove refuse, for which Mabe has a patent.

In legal correspondence with the M&G this week, Mabe pointed out that he had been advised by the trustees that the payments were made in two tranches within two weeks of the invoice being raised, and not within 48 hours as alleged last week.

Last week, Mabe distanced himself from Mvest, saying his relationship with the company was that of a “licensee and licensor”. But Mabe and the trustees of Mvest Trust appeared before a subcommittee of the corporation’s board in September 2017 to explain the work being done by the trust with regard to the project.

The trust was given the multimillion-rand contract as part of the youth enterprise project to create jobs in North West, even though it had apparently not produced a tax clearance certificate as required by treasury’s tax guidelines.

According to the treasury, accounting officers should ensure that people doing business with the state are tax compliant “at the date of submission and award of a bid”.

This is despite the service level agreement being signed in April and Mvest Trust appointed without the project being put out to tender.

A source in the treasury said the corporation broke its own procurement processes. There should have been requests for proposals to test the market for the existence of other entities capable of providing the services. 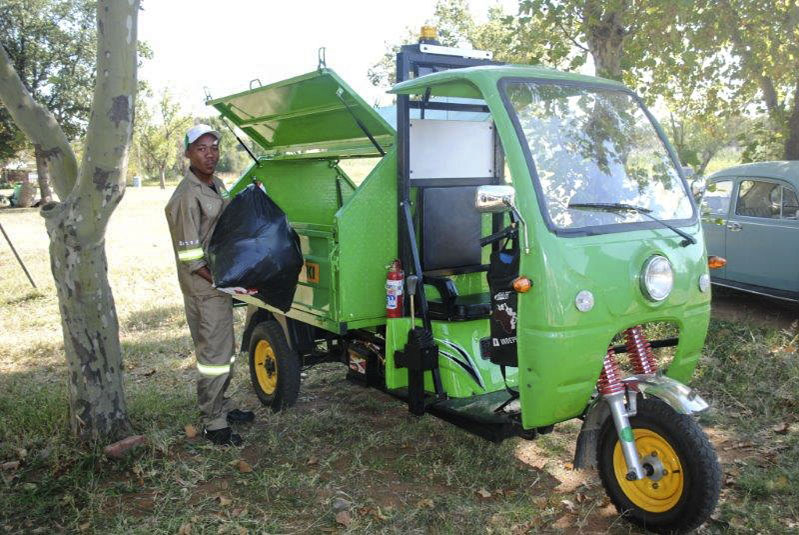 [Wheel deal: Pule Mabe has the patent for the Kariki three-wheeler scooter, which was to have been used to remove refuse]

Last week Mabe did not deny indirectly benefiting from the project, saying he got an “incentive” as the app’s patent holder.

This week Mabe said he was never paid by Mvest Trust or the NWDC.

The app for which Mabe holds a patent was supposed to provide a laundry pickup and delivery service.

But according to insiders there was no evidence of the app having been used. An independent tech expert this week tested the app but discovered that it was not functional.

READ MORE: Mvest laundry app will hang you out to dry

The payment, which the M&G revealed last week, was made by the corporation. The corporation is tasked with stimulating economic growth in North West province.

But the payment is alleged to have been made without following proper procurement processes. Mabe, an MP at the time, is said to have been intimately involved in the process but has strenuously denied any wrongdoing.

“There was a CEO in that position. So we need to know what exactly was Mthimunye signing as and who gave him such authority,” said an insider at the corporation with intimate knowledge of the deal. “It amounts to fraud if people signed without being given any authority whilst there was a CEO appointed already.”

Mthimunye said he was still acting chief executive when he authorised the payment. “I was mandated by the current CEO to continue as acting CEO for the month of June 2017 while he was familiarising himself with the company and his new role. This was also announced to all NWDC staff in the staff meeting,” said Mthimunye.

The corporation’s board will meet on May 30 to discuss the investigation’s findings regarding the deal.

The corporation said that payment was made for services such as marketing, branding, recruitment, training, infrastructure arrangements, the activation processes and assets.

This is contrary to the service level agreement, which refers to laundry services, waste management, recycling and dry cleaning.

In his attempt to convince the M&G that work was done, Mabe last week produced pamphlets and brochures, which show that Mvest Trust had delivered on the contract.

How an ANC Eastern Cape region became a “gangsters’ paradise”