The offer is seen as a major step toward bringing an end to one of Africa’s longest border conflicts.

Afwerki said Abiy’s offer to fully accept the terms of the 2000 peace deal — the Algiers Agreement — was meant to end the war that broke out between the two countries in 1998 as “positive signals”.

The Eritrea-Ethiopia war is believed to have killed 80 000 people.

“Everyone has been waiting for response from Asmara,” Michela Wrong, an expert on Eritrean politics, said in a DW interview. Wrong’s second book, titled I Didn’t Do It For You: How the World Betrayed a Small African Nation, was published in 2014.

“Ever since the Prime Minister Abiy said he was going to fully implement the Algiers agreement, everyone has been on tenterhooks,” she said.

Abiy’s decision to respect the Algiers Agreement will put the border city of Badme, which Ethiopia refused to cede, in Eritrea.

This concession has met with stiff opposition from Ethiopian veterans of the war still living in Badme and ethnic Tigrayans living in Tigray province, along the Eritrean border.

“There is certain amount of unhappiness by [Ethiopians] who were wondering what the 1998-2000 war was all about and feel that the soldiers who died in Badme are being betrayed,” said Wrong.

The Tigrayan People’s Liberation Front (TPLF), a regional political party that had dominated the ruling coalition Ethiopian People’s Revolutionary Democratic Front (EPRDF), has come out strongly against any concessions to Asmara.

“The Tigrayan People’s Liberation Front will not take part in any process that harms the interests of the people of Tigray,” the TPLF said. It has been organising protests to demand that any withdrawal be linked to additional concessions by Eritrea. 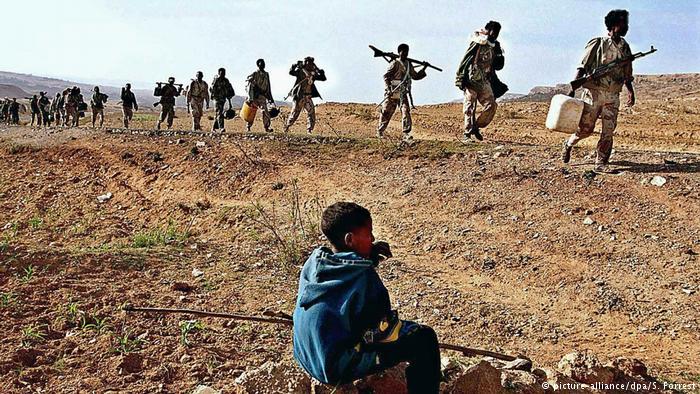 Some Ethiopians on Twitter have criticised the TPFL’s stance. “TPFLites had 25 years to build hegemony and being short-sighted (with personal enrichment), they failed miserably,” wrote Ezana.

#TPLF|ites had 25 yrs 2build hegemony & being short-sighted (with personal enrichment), they failed miserably. Now z tide is against them, they need to start administering their region properly & enjoy their disproportionate representation in #EPRDF CC. until it’ll b taken away.

Soli, another Twitter user said: “Last week’s statement was a major mistake from TPFL side, whatever they planned to achieve, (what were they thinking?”

Last week’s statement was a major mistake from #TPLF side, whatever they planned to achieve, (what were they thinking?) end up galvanizing support for PM Abiy & created more mistrust/ doubt on the role that they would play in the country’s politics in the future. #Ethiopia

Disputes over the militarised border, particularly in Badme, still keep the two sides at loggerheads.

“The complementarity of both peoples & countries, their common bilateral interests & prosperity, are sacrosanct objectives to which we have toiled and paid sacrifices for two generations,” Eritrean Information Minister Yemane Meskel, quoted Afwerki as saying, on Twitter.

“As such, it remains a priority for which we will be actively engaged.”

“The complimentarity of both peoples & countries, their common bilateral interests & prosperity, are sacrosanct objectives to which we have toiled and paid sacrifices for two generations. As such, it remains a priority for which we will be actively engaged”

Political analysts suggest the border conflict with Ethiopia is what keeps the Eritrean president at the helm of government in Asmara.

“The latent state of war with Ethiopia allowed the regime in Asmara to maintain its apparatus of repression and spies, which has turned hundreds of thousands of young Eritreans into refugees trying to cross the sea to Europe,” according to Ludger Schadomsky, the head of DW’s Amharic service.

“With its neighbor’s new sunshine policy, there is no longer any need for the forced militarisation in Eritrea which for two decades has characterised the everyday life of its citizens, defining their right to exist and possibly the legitimacy of Afwerki as head of state,” he wrote.

“At the moment we need to see the Algiers Agreement being implemented,” she said.

Five reasons Ethiopia’s elections will do more harm than good