Pop culture gave me a variety of texts to draw on when I was a girl. I gladly received these gifts and spent some time filling my mind with survival tactics in preparation for teenhood.

The formula was simple: during the week, I spent my time reading everything my school had in The Baby-Sitters Club series, which told me stories of American girls — aged 11 to 13, from fictional Stoneybrook, Connecticut — who ran a babysitting service. On weekends I would alternate between watching Mean Girls, The Craft, Bring It On and Clueless. To be on the safe side, each month I also made sure I kept up with Saltwater Girl, Seventeen and Teen Zone magazines.

By the time I reached 13, I was armed with my references. I was prepared for the hierarchy that would be determined by skirt length, acne, my newly-found curiosity about sex, loneliness, my deep need to be different and the “nobody gets me” phase. Above all, I was ready to assert myself in the friendship jungle where the population was teenage girls.

Ponti, Sharlene Teo’s novel, tells the story of two painfully plain teenage girls and an eternally beautiful has-been woman in Singapore. The story sits in the realistic, not-so-popular folds of friendships formed between teenage girls and the ability of these friendships to haunt them years later. It captures the insidious rivalry and uncontrollable emotion that makes the short-term friendships in high school feel pivotal while highlighting the power a mother has on her daughter’s perception of herself. 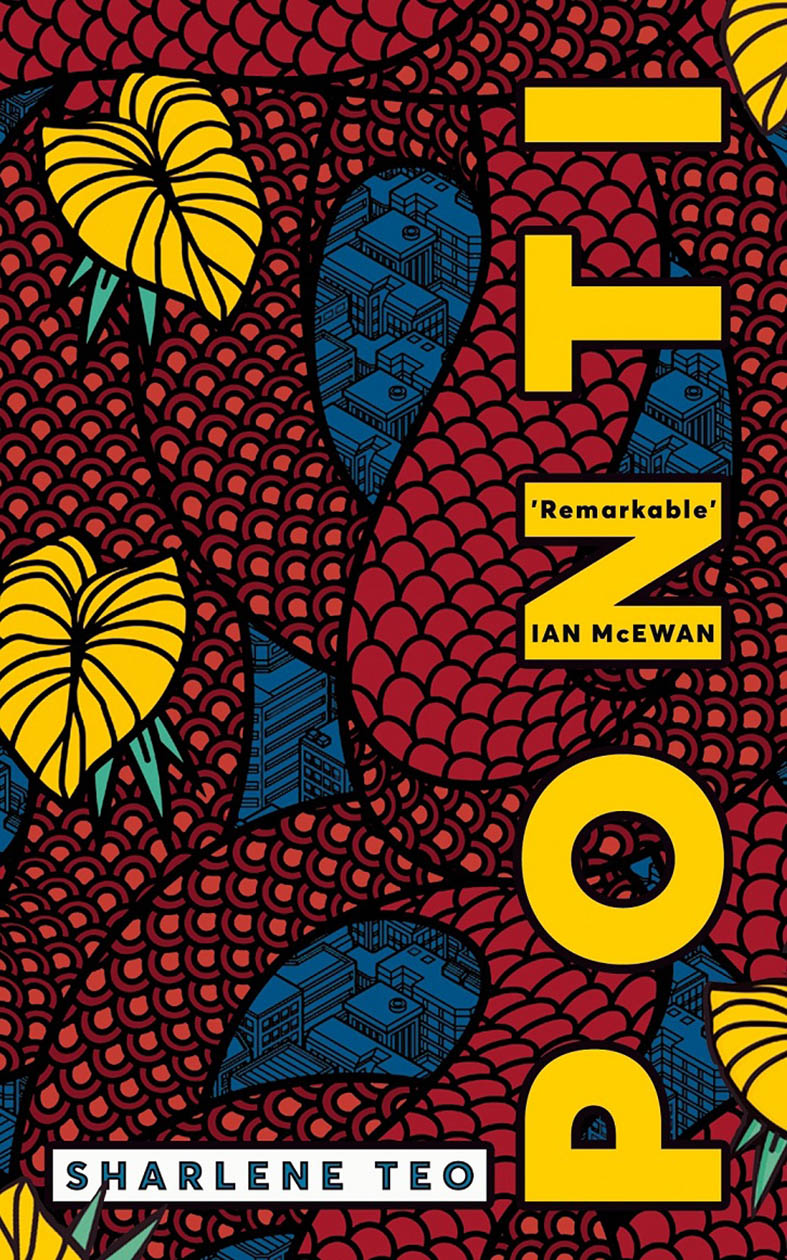 Szu is a self-proclaimed loser and not so book-smart teenager with no friends at an all-girls convent school. She is the punchline for her peers’ jokes and subject to endless punishment from her teachers. She lives in the shadow of her unbelievably beautiful mother Amisa, a retired actress who spends her time as a bogus medium or making her unwanted daughter feel even smaller. Szu barely survives until she meets a cheekier version of herself named Circe. The two become friends and together face the isolation that comes with being nobodies. One day their friendship comes to an unforeseen end.

The author subtly introduces Singapore as an important character. She describes the island country’s decline of countryside and the increase of high-rise buildings to suggest the characters’ growing sense of displacement. We picture citizens on public transport wearing face masks to protect them from Singapore’s pollution, unpredictable weather patterns and humidity, all vividly described by Teo. The author grew up in Singapore and her fine, almost nonchalant details of the different areas add to the exotic metropolis travel-guide-esque idea that the average person may have of the place.

Teo builds the characters by moving between first and third person accounts of Szu, her mother Amisa and her friend Circe. Her words time travel between 2003, 2020, 1987, and back to 2003 to give scattered accounts of who and where these women are. The non-linear pattern leaves gaps in time that keep the reader reading in order to find out what happened to the solid friendship Szu and Circe built at 16 and where her mother Amisa fits into all of this.

Ten years after my research on teenhood has been concluded and used, Ponti has arrived on the scene to add to my landscape of girlhood friendships. But it arrives a little too late. The middle-class American teenagers in the books, songs and movies didn’t have to negotiate existing between townships and suburban spaces in South Africa, as I did between the ages of 12 and 19.

It arrives a little too late because I read Ponti after washing myself clean of Eurocentric texts — so clean that the only references I try to keep are pan-African and speak to my context. No matter the plot, my current literary choices always speak to the political landscape that the book is set in. I leave the books, whether fictional or not, with an understanding of the location’s sociopolitical and economic climate because I have become selective about what I read. With Ponti, the only thing I have learned about Singapore — apart from its issues with air pollution — is what the pop culture scene was like in the early 2000s. Perhaps this is the reason I drop the book, flip back a few pages and sigh with frustration. Perhaps it’s because I could not find what I have become accustomed to.

At 31, the book’s author has a master’s degree in prose fiction and is working towards her PhD in creative and critical writing at the University of East Anglia in Britain. In addition to this she holds an LLB from the University of Warwick. She is the recipient the Booker Prize Foundation scholarship and the 2014 Sozopol Fiction fellowship. Ponti is her debut novel.

Teo attempts to write in a casual tone that mirrors the lives of the characters but her fresh academic background seeps into the book through compound sentences and verbose diction that requires me to read sentences three times over.