On some days, they’re called fat. On others they are referred to as curvy, stout, thick, biggish, chubby, sdudla, plump, chunky or heavy. At primary school, children considered fat were called fatty boom boom, the name most insulting to fat positivity activist Whitney Greyton.

The label was popularised in the 2002 film Ali G Indahouse, in which the song was used to fat shame a child. Die Antwoord’s version got up Lady Gaga’s nose and kwaito star Tsekeleke (Anthony Motaung) was known for his fatty boom boom song. The lyrics were taken from Jamaican reggae singer and percussionist Carl Malcolm’s 1992 single, Fattie Bum Bum: “Hey, fatty bum bum/ Your sweet sugar dumplin’/ Hey, fatty bum bum/ Let me tell you something/ No, not because you’re so big and fat/ Don’t believe I’m afraid of that.”

A local sit-down-style podcast, Fatty Boom Boom, went live in January. Once every three weeks, Whitney Greyton hosts her selection of guests to discuss things relevant to Africans and the diaspora who are reclaiming the term fat. Greyton (31) is the communications and client relations manager at Artlogic and a podcaster. She calls herself a multiplatform fat positivity activist. 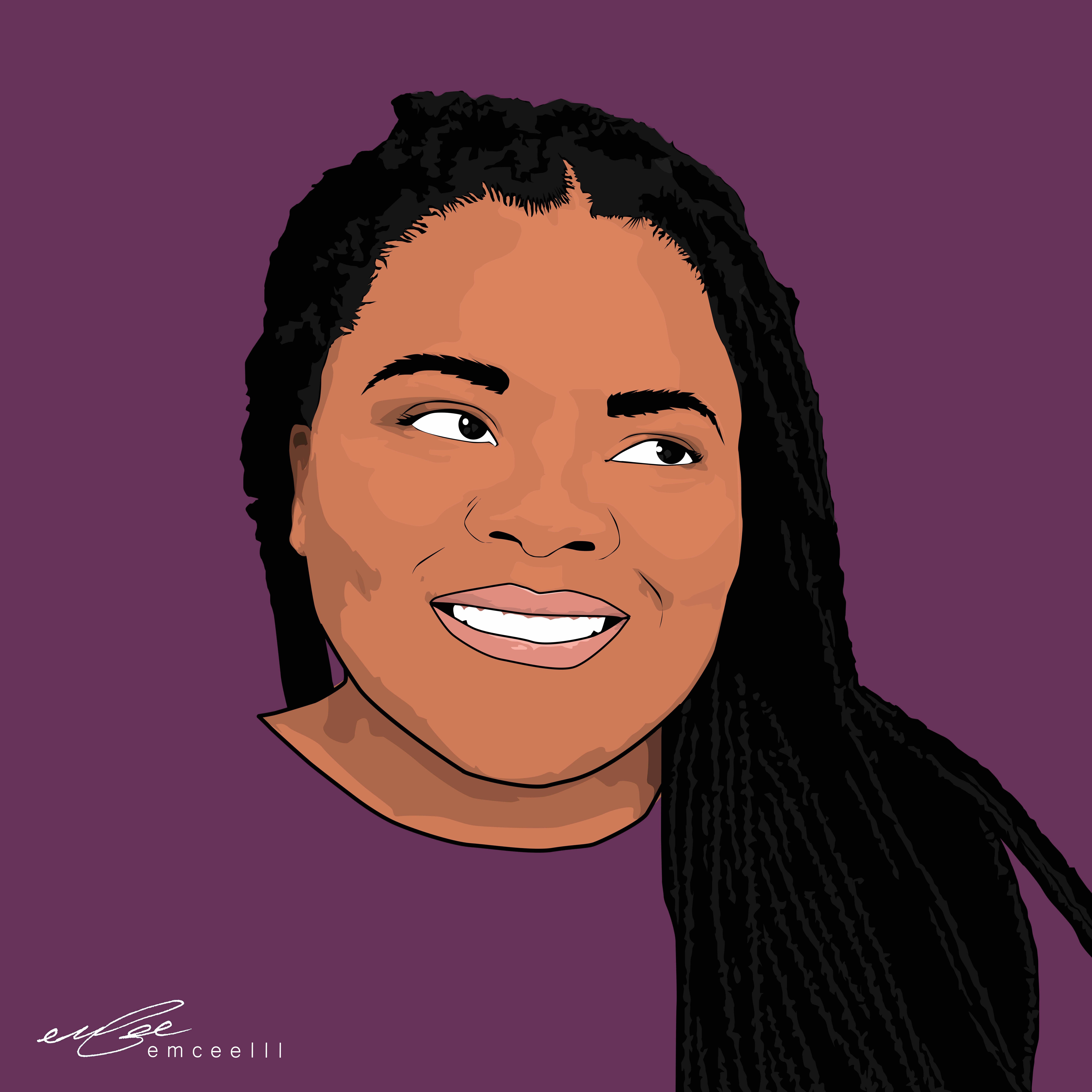 [Fatty Boom Boom is a sit-down style podcast that is aired once every three weeks (Graphic: Mbalentle Cobotwana)]

Fatty Boom Boom is a step forward from the online culture of what Greyton refers to as “I love my fat self”. It sits under the Plus Culture umbrella, an online community Greyton created in 2015 for plus-size individuals to meet, exchange clothing and celebrate their bodies.

Although she has been able to sustain the community, it was important to move the platform beyond being a station of visual representation because the dialogue behind the visuals is an important element in the fat positive narrative.

The decision to name the podcast Fatty Boom Boom was to use the term she resented most to reclaim the label fat. “I have always been bothered by fatty boom boom. It has been the number one insult that people have hurled at me all my life, especially as a child. Even now, children still do that to me.

“That one always stuck the most because what happens is, when people call you a fatty boom, it’s a mocking gesture. That always got to me because no one likes to be made fun of and no one wants to be the butt of the joke.

“When I started doing the work of undoing the bullshit that I have been taught, those were the words I thought I had to reclaim because they hurt me,” she explains in the first episode of the podcast, which currently has seven episodes.

Plus Culture and Fatty Boom Boom are a part of the emergence of fat positivity around the world. Perhaps this is in response to how exclusionary body positivity has become. The podcast is about reclamation, by using a level of millennial-speak encountered on Twitter to talk about dating, eating disorders, mental health and going to the gym by those who see themselves as fat.

So what boxes do people tick to identify as fat or chubby or curvy or legwinya or big boned or, or, or? To reclaim being labelled fat, they must identify with it.

Greyton says it is a deeply personal exercise that comes down to a combination of how the individual feels and the perceptions of the people informing that person.

“But for a lot of people saying ‘I’m fat’ is still a very hard thing to do,” adds Greyton.

Some terms are more valued than others. Women such as Greyton and authors Roxane Gay and Lindy West are using various mediums to challenge this hierarchy.

In an article for The Guardian, West relates how she came to the decision to stop making use of euphemisms to describe her body.

“I dislike ‘big’ as a euphemism, maybe because it’s the one chosen most often by people who mean well, who love me and are trying to be gentle with my feelings.

“I don’t want the people who love me to avoid the reality of my body. I don’t want them to feel uncomfortable with its size and shape, to tacitly endorse the idea that fat is shameful, to pretend I’m something I’m not out of deference to a system that hates me … I don’t want
them to think I need a euphemism at all.”

Greyton has embraced the word fat in the same way; she views it as a descriptor rather than an indictment of her character.

Each episode of Fatty Boom Boom has four segments: the introduction, topics trending in pop culture, recommendations (from food to texts to read) and the topic chosen for discussion.

The episodes vary in length, with some under half an hour and others more than an hour long. The lack of pauses in some episodes derails attention. Perhaps this is dictated by the extent to which the host and the guest unpack the topic.

Greyton picks her guests from a pool of women who use public platforms to stand up for fat justice.

“It has been people with whom I have had conversations. A lot of us follow each other on Instagram and Twitter and we ‘yaaasss girl’ one another. But,” she says, “I have also seen them engaging with this kind of discourse in a way that challenges my opinion. My voice is not the most important. There’s a need for contrasting opinions.”

Although the podcast has created a comfortable space for dialogue, it may be redundant if the subject already exists on Twitter. This can be avoided by inviting guests who aren’t a part of the conversations online.

Fatty Boom Boom has met the requirements to be streamed on the Apple podcasts app. But the sound needs to be improved. At times I still had to listen carefully even after I’d turned up the volume. This could be as a result of the venue and equipment that Greyton uses to record the podcasts.

The different audio levels during the conversations and when music is being played also need to be regulated to avoid having to keep one’s finger on the volume dial.

Creating relatable content is difficult because it requires a level of honesty that may make the speaker and audience uncomfortable.

But all those featured on Fatty Boom Boom so far have unashamedly been able to discuss their shortcomings with as much ownership as their glories. By focusing on
personal accounts, the podcast gives fat positivity a voice, which encourages me to do the work of reclamation on my own terms instead of shoving self-love down my throat.