‘Politicians have failed us’: The despair of Nigeria’s poor

Lagos, Nigeria – Emita Dida, a widowed mother of six, has been living in “Monkey Village” for more than a decade.

She is one of thousands of Nigerians to be calling this informal settlement in Lagos’ Ikeja neighbourhood home, sheltering in small shacks jammed together and constructed of rusted zinc.

“Life is difficult,” says Dida, who runs a street-food stall.

After the death of her husband, Dida has been been finding hard to sustain her children on a meagre income. Unable to pay for their school fees, she relies on support from aid organisations to cover the cost of education.

“The little money I make is never enough,” she says. “I have to feed my family from the food I sell, I can’t afford to buy them other food.”

Dida is among the millions of Nigerians struggling to make a living in the country’s commercial capital — and beyond. 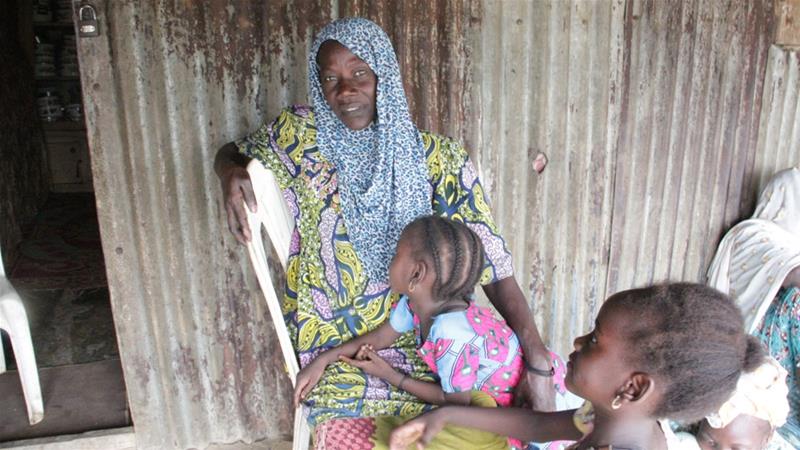 According to a report in June by the Brookings Institution, a Washington, DC-based think-tank, Nigeria has overtaken India as the world’s poverty capital.

The report also projected an increase in extreme poverty in Nigeria — Africa’s leading oil producer and most populous nation — until at least 2022.

Government officials have said the report does not reflect the true state of the country. Analysts, however, blame weak governance for the increasing poverty rate and say the heavy dependence on oil and gas is leaving the economy exposed to external risks while complicating development efforts.

“The Nigerian economy is an economy that depends on oil and earns what is called ‘economic rent’ — the income that comes from things that are not from our direct productive effort,” says Professor Olufemi Saibu, an economist at the University of Lagos, urging the government to step up efforts to alleviate poverty.

“If our resources are well utilised, it is possible for us to raise the level of income in the country.”

A crash in oil prices in 2014 hit Nigeria hard, sparking a financial and currency crisis and plunging the country’s economy into recession two years later — the first in a quarter of a century.

Nigeria is now slowly exiting the downturn but growth remains sluggish, at about two percent, and inflation stubbornly high, an estimated 16.2% in 2017.

The unemployment rate, meanwhile, has soared in recent years, while the gap between the rich and the poor continues to widen.

“There is a high level of unemployment and less engagement of the people [in the job market],” says Saibu.

“And when people are not engaged, they earn so little which in turn makes them fall below the poverty line,” he adds.

With Nigeria now stepping up preparations to hold a crucial presidential election, scheduled to be held in February 2019, the issue of the economy is expected to dominate public debate in the months leading up to the vote.

“The most germane issue is the capacity of any candidate to ameliorate the economic situation,” says Uche Ezechukwu, a Nigerian political analyst.

Another major concern for voters is corruption, an issue that has long plagued Nigeria due to public officials feasting on funds generated from crude oil exports.

The country produces more than two million oil barrels per day and holds one of the world’s largest gas reserves, but can barely produce electricity to power many of its households and factories.

The shortage is also pushing the price of goods up, as they are mostly produced by manufacturing firms running on costly diesel-powered generators.

“My salary is never enough for me,” says Esan Monday, a 25 year-old who has lived in the “Monkey village” slum for 22 years.

He has no formal education and currently works in a bakery.

“I work so hard and am paid very little money, which I try to save up a bit to be able to buy some personal belongings,” Monday said.

After decades of high-level corruption and a lack of basic services, Monday says he expects little to change following the upcoming elections.

“The politicians have failed us,” he says.

“I feel like all those elected into office only care about themselves. They only want our votes and don’t provide us with the basic needs we demand for.” — Al Jazeera