This bracelet could one day help keep you safe from rape, assaults

Rape. It’s anyone’s worst fear, especially for vulnerable groups like sex workers. But what if a simple app could help prevent it, or at least connect you to care if it happened? Well, it might not be far off.

For many sex workers, rape and violence are still occupational hazards from clients and police. One in three sex workers surveyed report being sexually abused by police, according to recent research by the nongovernmental organisations Sonke and the Sex Workers Education and Advocacy Taskforce.

The national HIV plan hopes to stop new infections among the group but as the health department hands out condoms to workers in an effort to protect them, police continue to confiscate them.

To tackle problems like these, Nigeria-based health consultancy EpiAFRIC teamed up with activists, healthcare workers and coders for a hackathon to help put solutions in the palm of South Africans’ hands.

Check out what happened next: 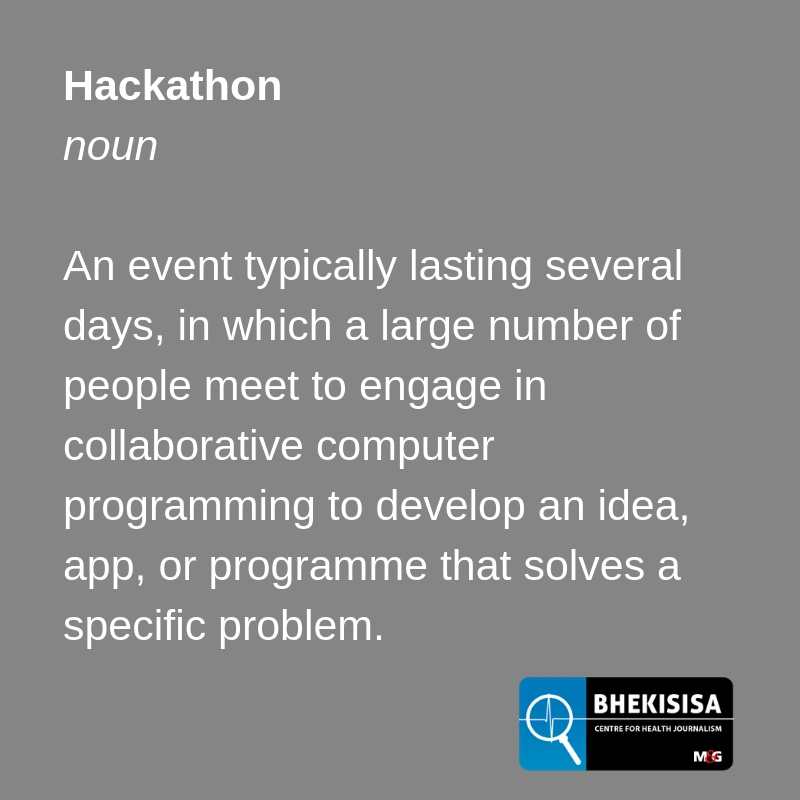 2. Health technology has brought everything from menstrual tracking apps to pill-popping ATMs, so why can’t it link people to the sexual and reproductive health services and information they need? Tlaleng Mofokeng of the Sexual and Reproductive Justice Coalition of South Africa thinks it can.

It is undeniable that technology is the key to a lot of the health issues we face in Africa. Sexual and reproductive health rights should not be left out- @drtlaleng of @Nalane4RJ at #HealthMeetsTechSA hackathon pic.twitter.com/JfOjXE1Qrb

3. How do you find solutions? Step one: Chart the problem. For many South Africans — particularly young women most at risk of HIV infection — unplanned pregnancies, transactional sex and a lack of support are barriers to taking control of their sex lives.

Wondering what some of the challenges South Africans face in accessing sexual and reproductive health and how they can be addressed?#HealthMeetsTechSA Participants share their thoughts pic.twitter.com/chJFMi1WKD

4. And no one is speaking to people who don’t identify as male or female…

5. So what makes a good solution? Thinking through how real people will actually use it.

#HealthMeetsTechSA Hackathon. A participant asks important questions around access to the very tech they’re trying to come up with. What about people who don’t have access smartphones, computers and internet? pic.twitter.com/MvTiI8BkBz

6. Next, is plotting out how much it will cost to make and use.

What’s first up on the second day of the #HealthMeetsTechSA Hackathon? Creating a business model for the #SRHR tech. Facilitator: How much will it cost to make? How much will I sell it for? Who is this useful for? Groups are now answering these questions. pic.twitter.com/AMomkjwnZT

7. One group suggested paying people to access health screening services. Take an HIV test, earn points to get cash back. Listen, as they explain:

Team Ribbon Blockchain created an online platform where patients and healthcare workers are incentivised to interact with the healthcare system. #HealthMeetsTechSA pic.twitter.com/WC3zDsMRCM

8. But what makes a GREAT solution? The winning team came up with a bracelet for sex workers that functions as a panic button. Linked to your phone, the button sends out SMSes to your emergency contacts if you’re in danger of being raped.

Watch as they tell you what sets their technology apart:

Team Always Safe talks about their tech which is a phone app and panic button bracelet which is aimed at #sexworkers. The tech allows the wearer to push the button and let their emergency contacts know if they are in danger. pic.twitter.com/LfHuzkn547

As part of the Hackathon, the winning team gets more than R20 000 to put their idea into practice.

Roxy de Villiers
Roxy de Villiers was the Bhekisisa Centre for Health Journalism social media content producer and engagement officer. She believes the personal is political and has an interest in reporting on queer health issues. She honed her skills in community media and has also worked with the Rosebank-based community radio station, Radio Today, as a guest newsreader.
Facebook
Twitter
WhatsApp
Linkedin