‘To be honest/ I gotta give mad credit to fans/ for letting me be myself in a world you not allowed to/ You always give me your love/ I never doubt you/ Niggas think I’m arrogant just because I’m a loud dude/ If the work speaks for itself I got a mouthful.”

Last week Mr Fill-up held a listening session for his latest album, Short and Sweet. To make his signing to the record label official, the gathering took place at the Universal Music recording studios in Rosebank, two days before it dropped internationally.

The room was filled with an attentive crowd. They quietly bopped their heads and two-stepped in approval while Cassper Nyovest sang along to Welcome, Welcome, the album’s opening track produced by Oskido and Jabu Khanyile’s sons.

As promised, he released the album two days later. The day after, on December 1, he kept up his annual tradition and “filled up” a stadium, this time the Moses Mabhida Stadium in Durban. To end his week, he headlined at the Global Citizen Festival: Mandela 100, right before The Carters. The following day, Short and Sweet went platinum.

He now has four platinum albums under his belt along with the bragging rights and a bank balance that comes with successfully filling up TicketPro Dome, the FNB, Orlando and Moses Mabhida stadiums. Call him what you want: Cassper Nyovest, Abhuti Fill Up, Mufasa, or even Tsibip, there’s no denying the Mmabatho-born rapper’s presence.

And once this is recognised, it’s impossible not to acknowledge the people who put the rapper on this pedestal of glory, his unalloyed fans: the Tsibipians.

The term is taken from the song Tsibip, a promotional single off Cassper’s debut album Tsholofelo. In 2016 Cassper’s rap nemesis AKA was second in line to visit Shade 45’s Sway in The Morning radio show, following Cassper. He articulated his disdain of Cassper by saying: “Now they got me sitting on the same damn chair as Tsibip.” Since then AKA’s fans refer to those in Cassper’s camp as Tsibipians.

The Tsibipians congregate, consume Cassper’s music, wear his apparel and defend his honour against anyone who openly criticises the rapper. They do this with few to no questions asked.

Mabopane native Omphile Tsatsi first encountered Cassper on HHP’s Wamo Tseba Mtho. The 24-year-old Tsibipian admits to not “caving” (want or like, to be pronounced with a Nguni “c”) Cassper at first because he was from a different school of rap. He was a student of the Tuks and Eminem school.

“But then I heard Phumakim and the rest of the Tsholofelo album and that’s where I fell in love with Cassper’s music. I like artists who talk about their lives, artists that are introspective,” Tsatsi explains. Since then, he has shown his love for Mr Fill-Up by listening to every song and interview and, more beneficial for Cassper, by putting money towards most, if not all, of his business ventures. Tsatsi has collected every album and song drop. He uses Cassper’s limited-edition AG#Hashtag cellphone. He is constantly adding to his wardrobe of Family Tree merchandise. And he has been to every #FillUp. 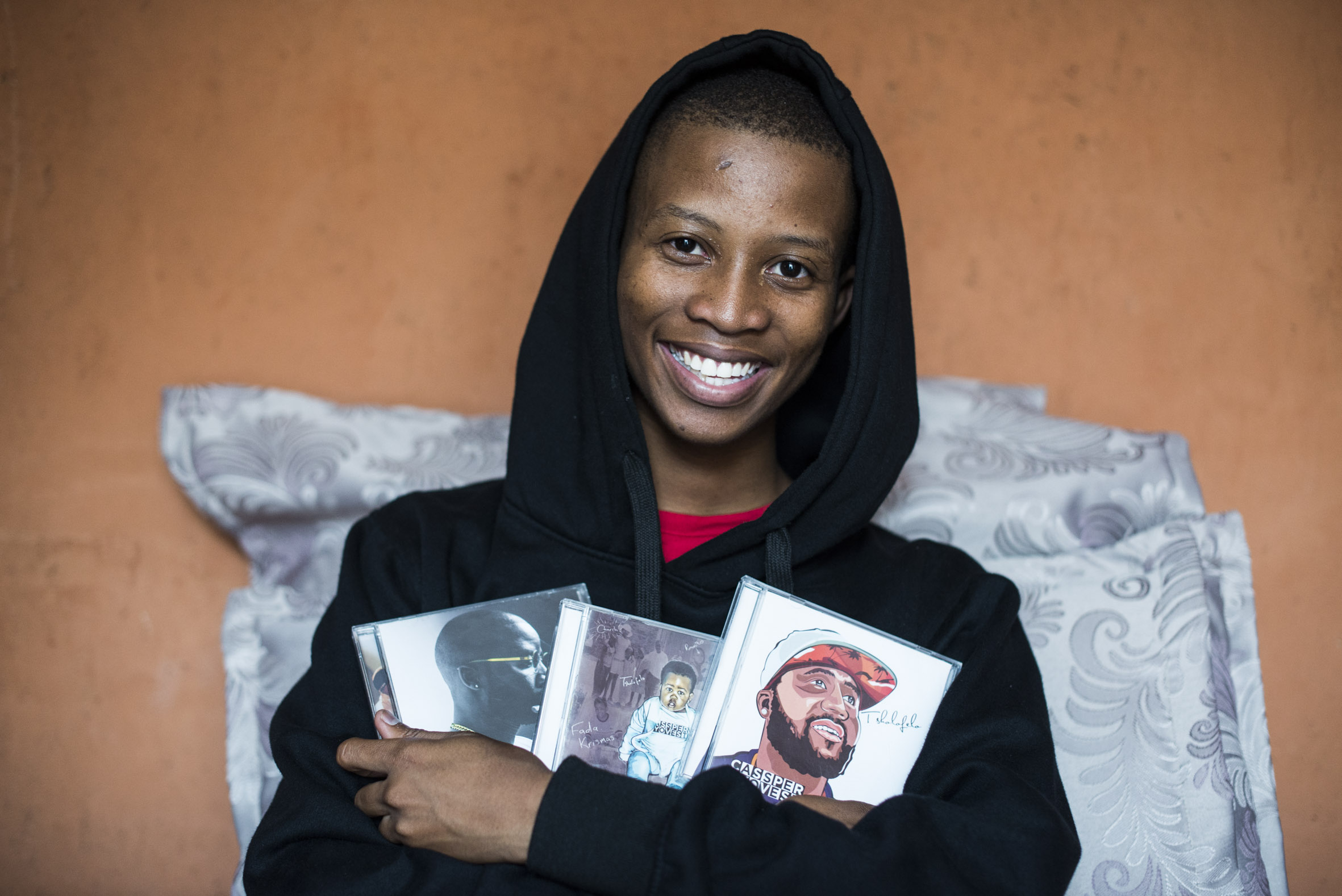 Uber-Tsibipian: He owns an AG#Hastag phone, Family Tree clothing, and has been to every #FillUp event, yet superfan Omphile Tsatsi says he just can’t get enough of Cassper Nyovest merchandise. Photo: Delwyn Verasamy

The last is the most important to Tsatsi, because he gets to commune with like-minded individuals.

“It’s about hanging with people who feel the same thing that you feel for Cassper. In our everyday lives, our family members and our friends don’t understand what we love about him. And we really love Cassper. We show commitment. We’re a movement with a clear goal: enjoy Cassper’s music and support him through his journey.”

Over the weekend, a picture taken outside Moses Mabhida appears on Twitter: a group of Tsibipians stand in a circle holding hands and, with their heads bowed, pray for Abuti Fill Up.

On the other hand, one man’s movement can be another man’s mob. In 2017, rapper Stogie T appeared on the BET Cyphers, where he took shots at Abuti Fill Up, saying: “I know they fill up stadiums, but lyrically they can’t fill Ginger Trill’s palladiums.” The Tsibip nation turned their backs on Stogie. In addition to Stogie T, HHP and AKA are some examples of rappers who have been subject to Tsibipians’ wrath.

“People can identify us and we enjoy that. We’re even recognised by artists and A-list celebs. They always tweet about how we love Cassper. It says to us that we’re a solid movement. We love this guy and we’re not embarrassed by it,” Tsatsi proclaims with pride.

Like most fans, Tsibipians are not concerned about the cost of their support. With one tracksuit costing R1 500, the fan merchandise doesn’t come cheap. The last thing on fans’ minds is Cassper profiting financially from their constant contributions.

Tsatsi even goes as far as admitting that he hasn’t reached his ideal level as a Tsibipian because of financial constraints. To him and many other Tsibipians, having and knowing the music is not enough to show their love. 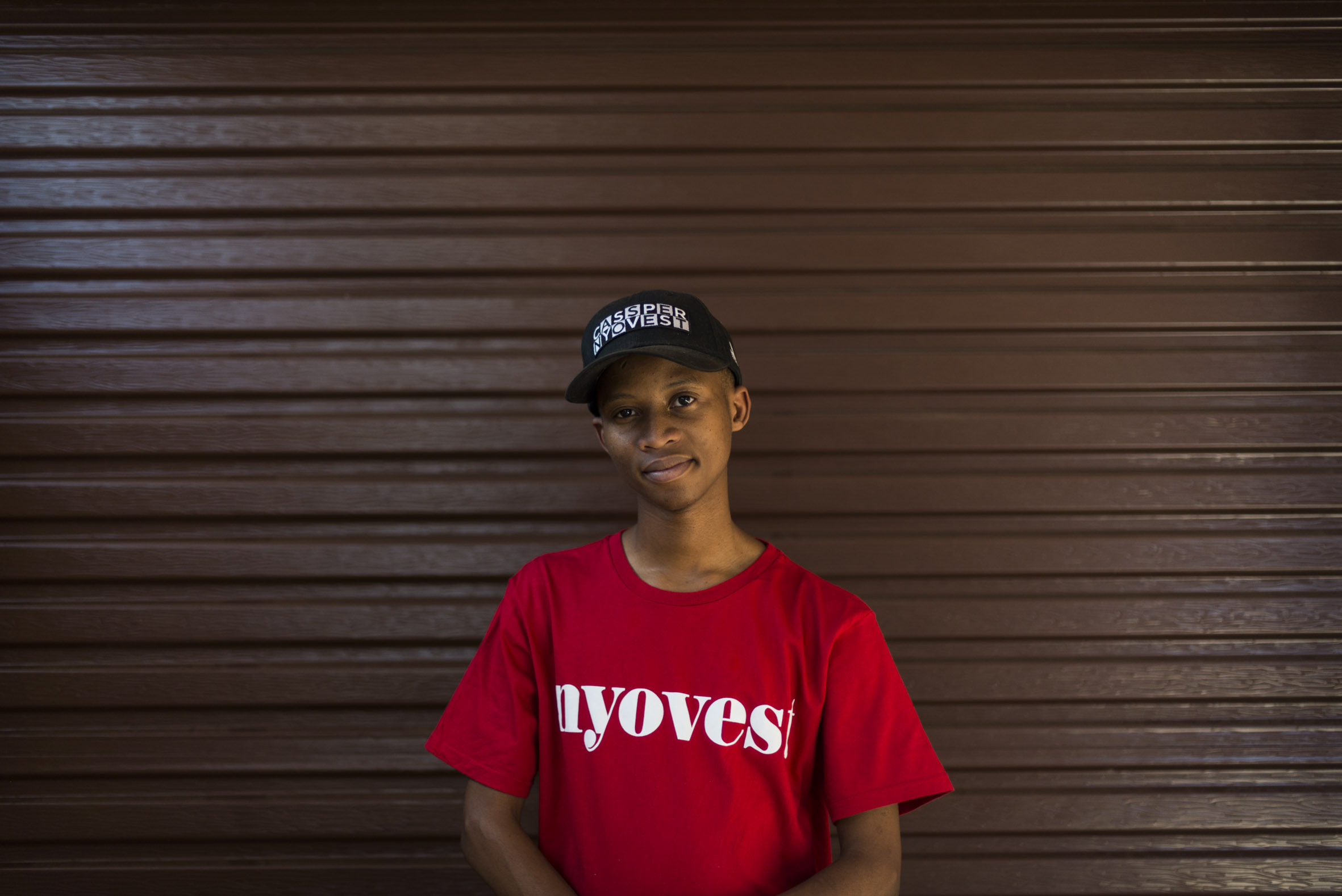 But why? Why are Cassper’s ways of turning a profit glorified by fans? Why do they not see him as an entrepreneur with a lucrative entity? What’s so special about Cassper?

The answer lies in the sense of escape that his good-time music gives them along with the sense of belonging to something that’s bigger than them.

Cassper constantly checks in with fans. Whether he is releasing a new album, beefing with rappers on Twitter, planning to take the next leg of #FillUp to Botswana or shooting a new music video, he okays it with his fans. Perhaps the loyalty of the Tsibip nation comes from the ownership the fans feel.

That is why they have WhatsApp groups and get-togethers where they get to know one another and discuss a way to take the movement forward.

“So last year we went to Gold Reef City ka di 6 tsa October. We’re looking to have more of those and hopefully attract more Tsibipians. As a collective we started this Twitter handle called Tsibipian nation where we want to attract all Tsibipians. We love him and we’re not expecting anything. We don’t love him because he invites us to his private shows or whatever. Nah. We love him for his music. We want to make sure he knows we want his music and we want to do that together.”

Even though the logic behind Tsibipians may be obscure from the outside, there are lessons we can draw from them. They are a picture of South Africans loving and investing in South African artists.