The queue of eager fans snakes its way across the vast courtyard, past the Rajasthani rug seller, the Jaipur fabric merchant and the waffle vendor, almost as far as the thronging bazaar that has been set up in an empty swimming pool for the duration of the festival.

You would imagine that this kind of adulation would be reserved for Bollywood megastars. But what distinguishes the admirers in this epic queue is that they all have books tucked under their arms as they wait for them to be signed.

In this case, the reason for the queue is Bridge of Clay, the latest novel by Australian Markus Zusak. Perhaps even more surprising is the fact that most of the dedicated readers in this queue are teenagers, testament to the power of reading in India.

The ZEE Jaipur Literature Festival has been described as “the greatest literary show on Earth” and, over the past decade, has become a global literary carnival that brings together some of the greatest thinkers and writers from across the world.

Writers and festival directors Namita Gokhale and William Dalrymple invite speakers to take part in the five-day programme set against the backdrop of the Diggi Palace in the state capital of Rajasthan. This resplendent palace residence was built by Shri Thakur Saheb Pratap Singh ji Diggi of the ruling family of Diggi principality in 1860. It is in the heart of Jaipur on seven hectares of land, set amid an array of painted deodis (doorways), durbars (banquet halls), havelis (palace wings) and lush gardens.

“Eighty-one percent of visitors to the festival are below the age of 30, proof that young people are not only interested in social media,” said Sanjoy K Roy, the managing director of Teamwork Arts, which produces the festival and more than 25 other performing arts, visual arts and literary festivals around the world.

For the duration of the festival, the palace’s vast, tree-shaded lawns are thronged with thousands of people of all ages and callings, bustling between one venue and the next, browsing through the bookshop or the bazaars teeming with exquisite artisanal textiles, stationery, apparel, jewellery and other desirable paraphernalia, or hanging out in the central courtyard discussing the latest session.

When the festival started on Thursday last week, the crowds were fairly moderate. By the zenith of the weekend, which coincided with Republic Day on January 26 — a countrywide celebration of the same day in 1950 when India adopted its democratic Constitution — there was barely a square centimetre of space in which to wolf down a samoosa and a cup of chai between sessions. Despite the substantial size of each venue and the programme, which features six events running in parallel for each session, almost every discussion was packed to the hilt.

The programme is a masterful work of choreography. There’s little time to agonise over which session to attend and which to sacrifice; you simply make a split-second instinctual choice and plunge in. 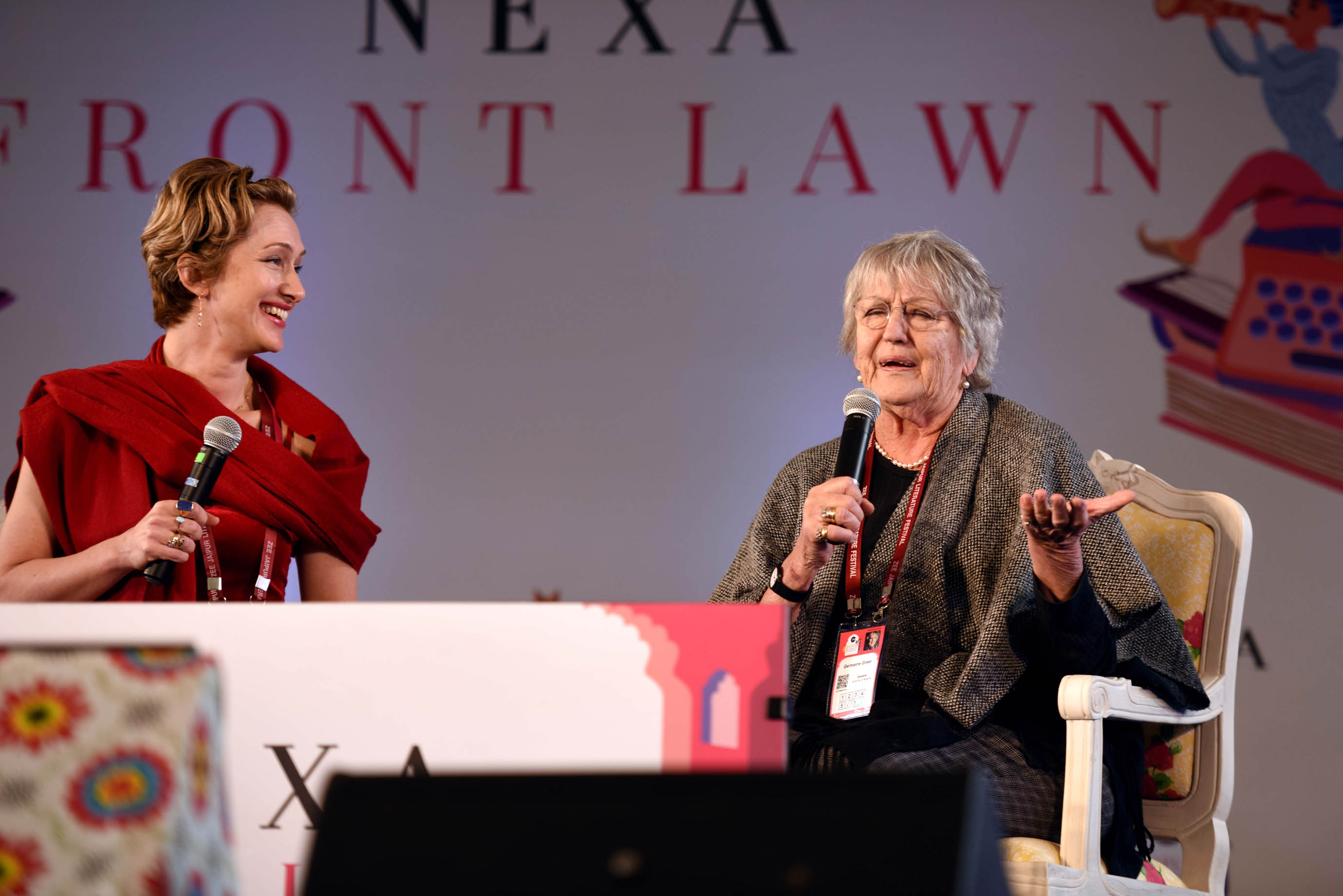 A standout session was The Battle for Egypt: Dispatches from the Revolution with Ahdaf Soueif, Omar Robert Hamilton (Soueif’s son) and Yasmine El Rashidi in conversation with Max Rodenbeck. In this session, you got a first-person, heartfelt sense of what it was like to be involved in the failed or, as one of the panellists described it, “stalled”, Egyptian revolution of January 25 2011.

A mood of deflation, self-criticism and familiar unyielding commitment to the long-term project of freedom struggles pervaded this session as the panellists questioned what went wrong with the revolution. Why did “what seemed like an irreversible, public global moment of transformative change” result in the starkly repressive climate in Egypt today, reflective of the current global swing toward anti-democratic right-wing governments?

Hamilton’s powerful debut novel, The City Always Wins, opens nine months after the uprising, in a city morgue, where activist Mariam is trying to help relatives of murdered protesters. “She stopped counting the dead an hour ago. These corridors are so compressed with bodies and rage and grief that something, surely, is going to explode. Everywhere are the cries of a new loss, a shouted question, a panicked face, a weeping phone call.”

Soueif said in the session: “For a year, the revolution had impetus, but there was a failure to seize the moment and step forward when the state was weak. The political class failed to meet the energy of the street.”

Rashidi said: “I have emotionally carried the sense that we failed — ‘we’ being the street. I’ve moved forward carrying the blame.”

Listening to authors such as American Colson Whitehead (The Underground Railroad, which was a number-one New York Times bestseller and won the Pulitzer prize and the National Book award), Spanish-born French-Canadian novelist Yann Martel (Life of Pi, which was a Man Booker prizewinning novel and was adapted for the big screen by Ang Lee) and American writer André Aciman (Call Me by Your Name, which was adapted into a critically acclaimed film in 2017), speak their truths to audiences of hundreds was an experience like no other. 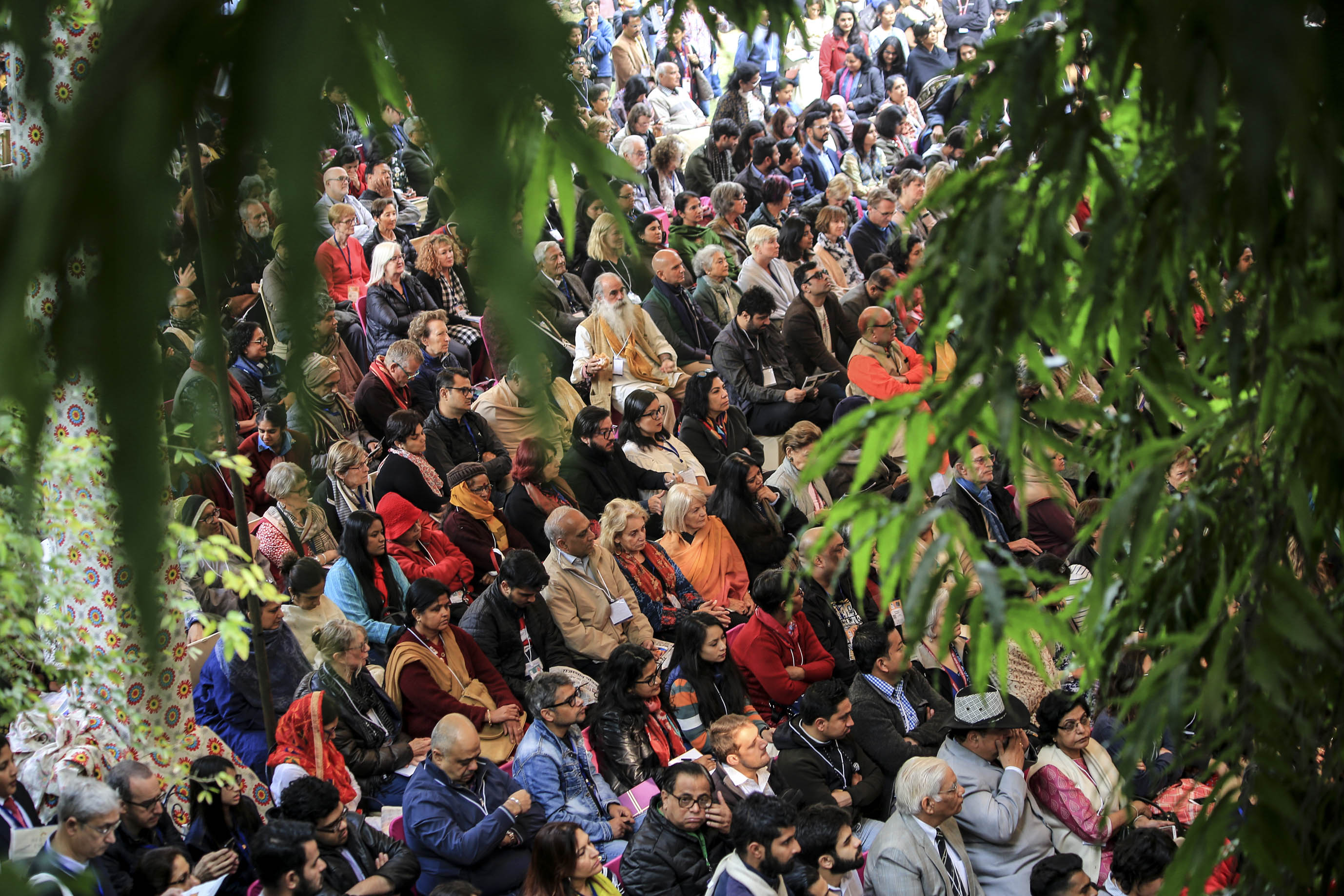 The Jaipur Literature Festival in Jaipur, Rajasthan, to which thousands of book-lovers flock. (Vishal Bhatnagar/NurPhoto/Getty Images)

He celebrated India’s extraordinary multiplicity and the fact that it does not, as a society, hide its pain and cracks. “India is an endlessly thought-provoking and philosophically engaging country,” he said.

A shape-shifting personal discovery was Anuradha Roy, author of An Atlas of Impossible Longing, The Folded Earth and Sleeping on Jupiter, which won the DSC prize for fiction 2016 and was longlisted for Man Booker prize 2015.

Set largely in the early part of the 20th century, Roy’s latest novel, All the Lives We Never Lived, is an amalgam of fictional and famous characters, including the poet Rabindranath Tagore, the singer Begum Akhtar, the dancer and critic Beryl de Zoete and the German painter and curator Walter Spies.

It was immeasurably buoying to experience the festival’s commitment to gender freedoms — not just active, vocal and embodied feminism, but allied and nuanced explorations of queer and transgender identities and struggles. On Sunday, Oxford Dictionaries announced nari shakti as its Hindi Word of the Year for 2018. The Hindi Word of the Year is a word or expression that reflects the ethos, mood or preoccupations of the past year. Derived from Sanskrit, nari means women and shakti means power. Today the term is used to symbolise women taking charge of their own lives.

I returned to my hotel through the sunset mayhem of unruly traffic, street dogs, white horses and random elephants and turned on the television. The news flash was focused on Saturday’s 70th Republic Day parade in Delhi, where the chief guest was none other than our own President Cyril Ramaphosa, ministers and a 50-member business contingent. It was a moment that signalled future allegiance and economic co-operation.

But I was heartened to have been part of the book festival, an event that testified to a shared transcendent power of a different kind — the quantum power of artists and writers who give voice to our human sufferings and struggles, to our private desires and quiet intimacies in the face of it all.