The Girl from St Agnes is Showmax’s first scripted drama-cum-murder mystery series since the online subscription video service launched in 2015. It tells the story of the events leading to the tragic death of KwaZulu-Natal Midlands grade 11 girl, Alexis “Lexi” Summerveld.

From the trailer, it is evident that the series employs the use of flashbacks to tell the story, veering between the present and the past to unravel the tale of Summerveld’s untimely departure. Head writer Gillian Breslin and one of the producers Nimrod Geva both note that the series is a “locked-room mystery” in a way. “The number of suspects is limited by the physical limitations of the space,” Geva explains.

In the first episode, we learn that Lexi, classically, is a pretty albeit troubled young girl who, before her passing, was grappling with adolescent feuds with friends, frenemies and a bad breakup. What was initially thought of as an accidental death becomes questionable and everybody who may have been easily dismissed as having nothing to do with it is brought into the spotlight. As is heard in the trailer, “no one seems to have a motive and everybody seems to have one”.

Regardless of its fictional categorisation, it is very clearly not a far-fetched tale in country so violent towards women as ours. From the first episode, there are clear signs that the producers and writers of the show are familiar with the context of violence in SA and the environment they are portraying. Anybody who’s been to even a slightly la-di-da private school will identify with multiple elements of the production — doubly so if they were a boarder at such a school.

I was immediately taken back to my alma mater, eerily so, for what feels like all of the first episode. It was all very familiar to me: a campus on a stunning piece of land, (mostly white) put-together schoolchildren in pristine uniforms, colonial architecture, palpable privilege in the air and the unmistakable countenance of Christian sovereignty.

In terms of the location, set and lighting, the show’s production is remarkable and does well to enhance the already compelling plot. I would venture to say that the location plays as strong a role as the characters themselves. In the Midlands, a cloudy overcast haze hangs over the school, lending itself as an ominous intangible element of the story.

“They don’t call it [the Midlands] the mist veld for nothing,” Breslin says about how the landscape aids the storyline. “These incredible mists roll in with no warning and suddenly the whole landscape is obscured, and it’s very gothic and very mysterious and can be quite terrifying if you’re not used to it … the rolling farmlands also look idyllic on the surface but beneath the surface it feels dangerous and uncontained.” The architecture plays a role too, she adds: “These really old early settler buildings also make it feel quite gothic. The heavy stones, ivy-covered walls, sometimes it feels a little bit like a place out of time.” 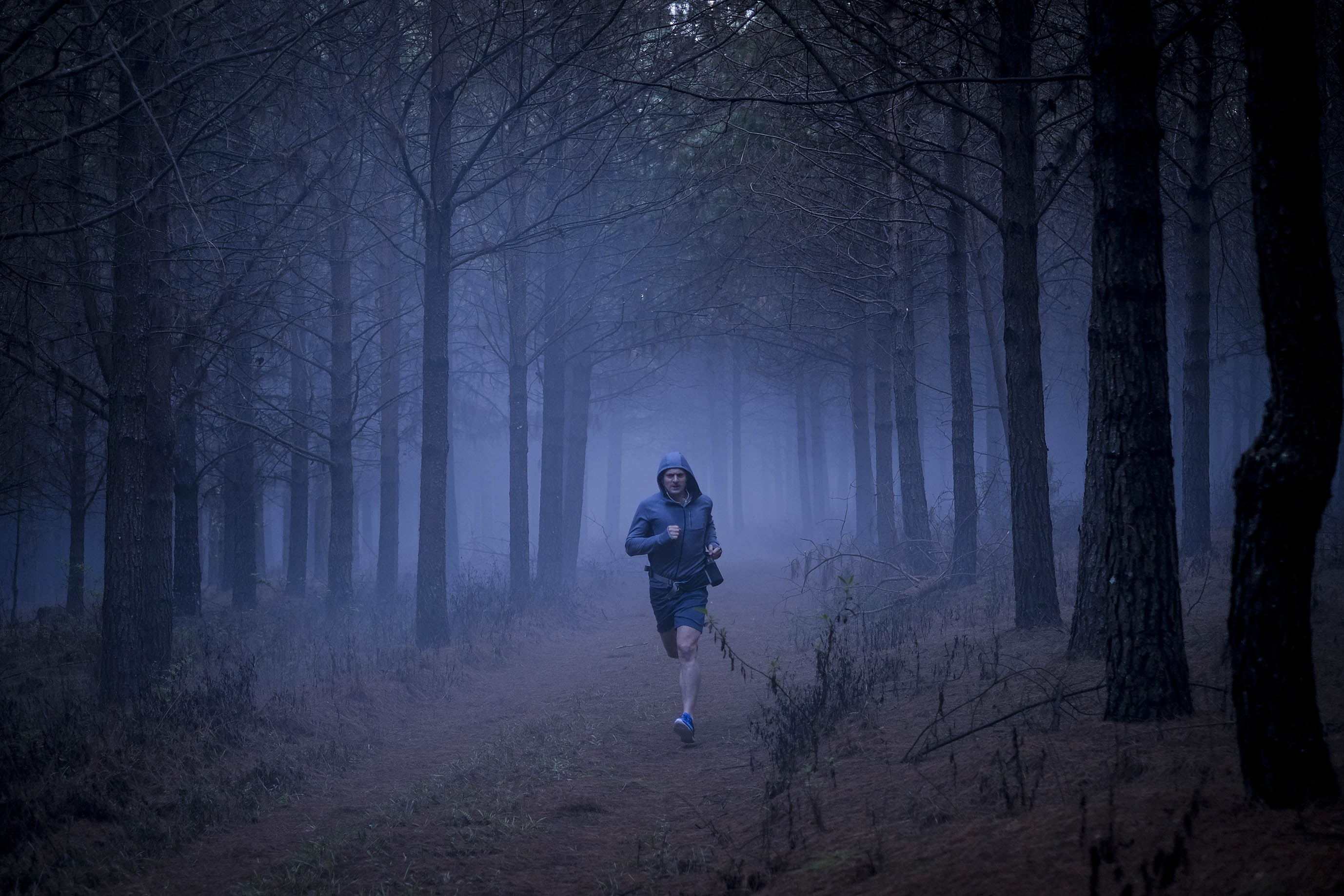 Mystery: Karl Thaning features in the murder series set in a girls’ school in the Midlands in KwaZulu-Natal.

Geva adds: “We also liked the idea of the bubble of these schools, the pressure cooker of these places that become so removed from reality … the bubble of privilege and how [the school] is separated from the real world. And, obviously, that there are these kinds of schools in that area, it’s famous for them, and finally the idea of this ‘more English than the English’ kind of colonial heritage that infuses these institutions was a theme as well.”

If saying “the Midlands” doesn’t give you an idea of what socioeconomic demographic the story centres around, there’s a bunch of other clues that will.

For one, reputation is a key component of the storyline. Because everybody becomes a suspect at some stage, the pupils lie and omit to protect their own reputations. On the other end, the principal of the school has the unenviable task of trying to protect the schoolchildren from any unnecessary additional trauma (from, perhaps, police questioning), protecting the prestige of the school and managing the interference of the parents, who are school alumni and can fathom nothing worse than the possible tarnishing of the school’s reputation.

Ironically, as I was digesting the first episode, I got a message from the head girl and head boy of my matric class — another one trying to round us all up to make donations to some or other alumni fund to ensure that our beloved institution’s legacy is continued. Although I could clearly relate to the show, I did wonder if this relatability might be limited to people who’ve had similar experiences. Maybe.

If you’re looking at YouTube trailer views and social media posts, the show is highly anticipated, so the relatability might not be “demographic-specific”. It is also definitely the first of its kind — for South Africa anyway, drawing a few snarky comparisons to the critically-acclaimed American teen drama ‘13 Reasons Why’.

The last South African show I can recall that followed a high school drama plotline was Yizo Yizo and that may not even be comparable because of how starkly different the two shows are on various levels: public school vs private, township vs suburb, privilege and the lack thereof.

Who the show may or not appeal to, I remind myself, may be an outdated question. Who really cares in 2019? The age of streaming on international platforms has brought all audiences closer to plots and characters they’d typically have nothing in common with. I certainly can’t relate to living through Colombian drug wars or living like rich pregnant Australian women, but both Narcos and Yummy Mummies have got views out of me.

Surely, a lot of us are curious about the (“fictional”) hidden-behind-tall-wall lives of preppy South African teenagers.

Head writer Breslin promises plenty of cliffhangers and red herrings throughout the series but another producer, Harriet Gavshom, makes sure to note that it goes deeper than the surface. “The writing is very rich and very dense … There’s many layers to the story, it’s not removed from society. The pressures and the challenges of South Africa start imposing on the story, too.”

The Girl from St Agnes will be available on Showmax from January 31.