Looking back at my first trip to Cape Town, I realise how much of a fail it was – always wishing I did things differently and knowing someone wouldn’t fail at their task of being a tour guide. However, with several experiences come lessons, and paired with the inquisitiveness of first-time Cape Town-visiting friends and Instagram followers, I find myself positioned as the proverbial tour guide I so desperately needed when I first visited the Mother City.

Now, Cape Town … Cape Town is a city that can be described as a charming but tumultuous melting pot of culture, people and weather. Besides the reality of having to adjust to having the sun one moment and torrential rains the next, there is also just so much to do and so much to see, all of which can can be quite overwhelming if your only idea of Cape Town is what is portrayed on the 7 o’clock news.

Many people travelling to Cape Town are either serving their roles and responsibilities with high-earning organisations or visiting for that Instagram-esque ambience. But what’s the point of trying to be somebody’s social media influencer when you can’t tell the difference between Devil’s Peak and one of the actual Seven Wonders of the World?

Here is a comprehensive list of the Top 15 Things to Do While in Cape Town:

1. A drive through Chapman’s Peak:

Named after John Chapman, a friend of the captain of an English ship called the Consent, who was the ship’s pilot. At the time he recorded a bay as Chapman’s Chaunce (chance) and the name stuck to this day as Chapman’s Peak. This drive can be taken from the Cape Town city centre all the way through Kalk Bay, to Simon’s Town, passing by The Cape of Good Hope and Cape Point straight to Hout Bay overlooking the quite open scenery of the Cape Town mountains and calm waters during summer. This could take about five hours of one’s day, taking into account stops for pictures. The road often has closures depending on the weather, due to rock falling, and the windy road can make be unsafe to drive on during wet and stormy weather.

This is an easy hike and a tourist attraction that takes only 50 minutes; at the top one is met with a majestic view of Table Mountain as well as the city from Camps Bay to as far as Gordon’s Bay. Have a picnic at the top or on Signal Hill, which is just a few minutes’ walk from Lion’s Head. For this activity you would need safe hiking shoes and comfortable clothes although some people do hike in jeans and dresses.

3. For the water lovers there are two beaches to choose from:

Camps Bay beach is close to stores, which makes it easy to buy food while on the beach. The Clifton beaches are split in four. Clifton First also known as “The Elite beach”. Clifton Third is unofficially a queer beach and is my favourite, as people are generally polite to each other and there is a collective effort to clean up and look after one another’s belongings while sunbathing or taking a swim in the cold waters. The beaches were previously segregated areas.

Suitable for all the adrenaline junkies and daredevils who get a thrill from jumping off mountains. This activity involves using a parachute and jumping off either Signal Hill or Table Mountain to land in Camps Bay. There are different service providers who offer this thrilling experience and the fees range from R1 900 to R2 500 for an hour’s jump-off. 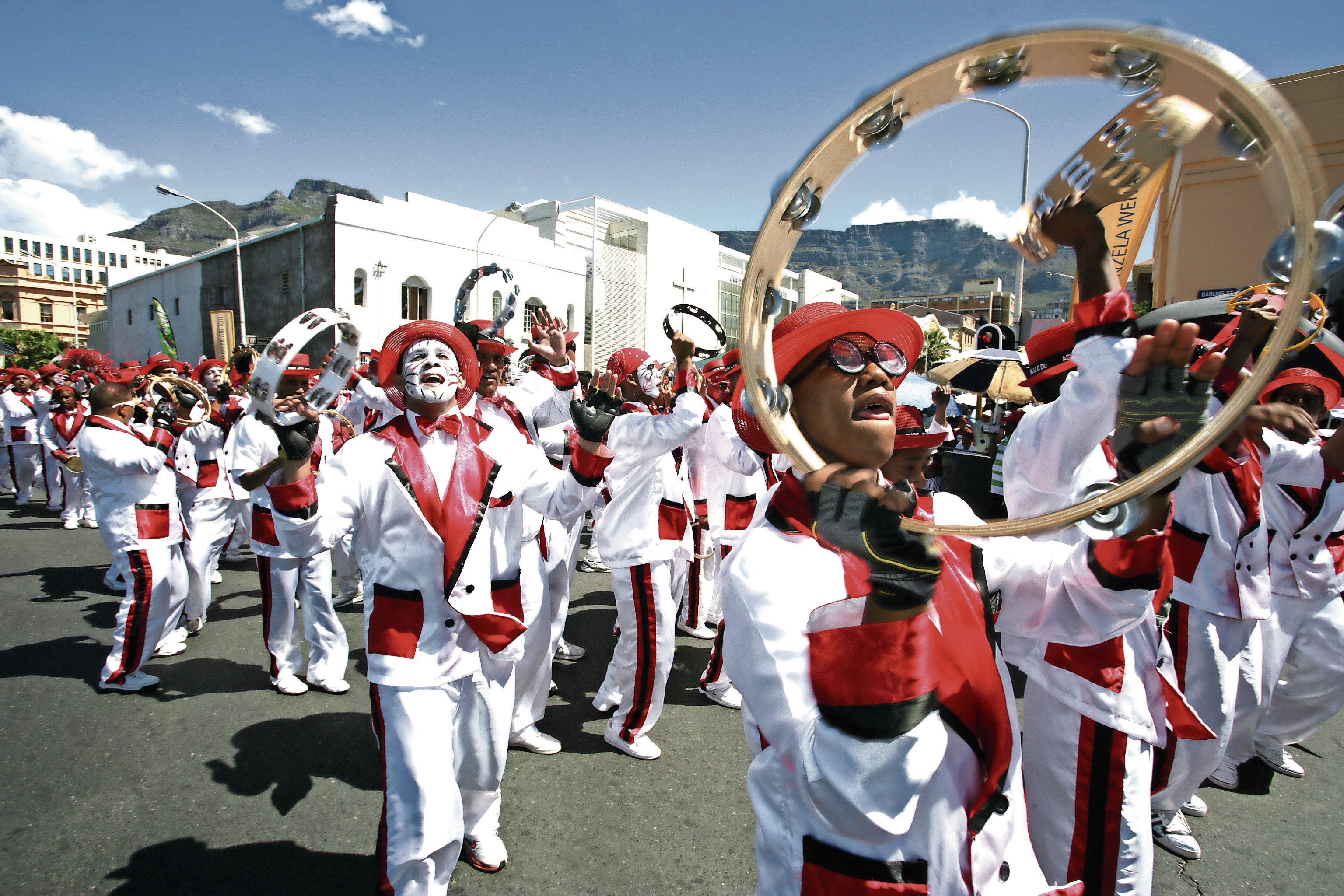 5. For the art and museum lovers:

Cape Town has a selection of art galleries and museums to choose from and those include the Zeitz MOCCA which is free on Wednesdays (hint hint) for cheap tourists like myself. I would also advise you to check their website for more details and the art on show. You can also visit the Iziko National Galleries and Museums, all spread across the city, with a fee of only R30 used to maintain the buildings. In these you can learn about the artists showcasing work, issues in their communities and experiences in modern-day culture. Other museums include the Jewish Museum, Slave Museum and many others, including the planetarium.

It is always a great idea to take an hour’s boat ride out of the city to an island. Robben Island used to be a prison where uTata Nelson Rolihlahla Mandela and many other struggle leaders were detained for 27 years by the apartheid government during their fight for freedom. Now the prison and island are open to the public at a small fee to show how life was for the prisoners there.

A favorite market among tourists from all over the world. The NeighbourGoods Market in Cape Town is owned by the same body that owns the NGM in Johannesburg, Gauteng. I would recommend a home-cooked meal by Pitso’s Kitchen; he was once a police officer but left the force to do what he loves, cooking for the people. There is a wide range of selection of foods, including vegetarian, cocktails and home-brewed drinks. There is no entry fee for the market.

This little suburb has a variety of colourfully painted houses, and was formerly known as the Malay Quarter. The former township is situated on the slopes of Signal Hill, above the city centre and is a historical centre of Cape Malay culture in Cape Town. Visitors are urged to be aware that this is a Muslim area and respect should be given to the residents of this town. I can recall an incident where a friend of mine was doing a shoot a few days ago in a bikini, and the photographer and her were asked to leave. This area is also going through a legal battle between local investors and the owners of the area who have asked the City of Cape Town to mark it as a heritage site in order to stop any demolishing of buildings and development that may take place by people with narrow interests.

This has become tradition, even in winter on days that have just a glimmer of sunlight. The view overlooks Seapoint and open waters. This activity is free and is great for meeting new people — and is also perfect for first romantic dates.

10. The question I always get asked is where to party!

I am not a club person myself and in this case, I would recommend Lower Main Road, which is a small street filled with restaurants like the Obz Café, Mama’s Kitchen, Forex, Trench Town and many others, which are affordable and based in Observatory. For the night life chasers, Long Street is the place to be. Long Street is filled with bars, clubs and restaurants which happen to be closer to a lot of backpackers and hotels, which makes your life easier after a crazy night of tequilas. For entry fees, please check their websites or social media.

It showcases the radiant and kaleidoscopic beauty of one of the country’s most successful tourist attractions! Just imagine having to stay in the city for a year! Imagine the places you could explore; the people you could meet; the diverse food you could eat! All it takes is courage, a love for new things – and of course, a few earnest Rands, but not too much to burn through your pocket! You would have a better tourist experience walking through Sea Point, than blitzing by in an overpriced Uber. Now go out there Afrika Borwa and explore.