The liquidators of the now-defunct VBS Mutual Bank, which was looted of close to R1-billion, have set their sights on audit firm KPMG for its role in the saga.

VBS was placed under curatorship in March last year after the Reserve Bank discovered liquidity issues with the bank when R900-million of VBS’s reported deposits of R2.9-billion could not be confirmed.

VBS’s curator, Anoosh Rooplal, who was subsequently appointed as the liquidator, withdrew VBS’s financial statements for the year ending March 31 2017 because “they contain material misstatements and are no longer considered to be reliable”.

This week it emerged that the liquidators intended to go after KPMG to recover monies lost as a result of its unreliable audits.

Rooplal would not confirm that there was a direct pursuit of KPMG. “At this stage we are just looking to recover monies that are owed to the bank,” he said.

But two reliable sources said the liquidator was aiming to recover funds from KPMG.

“It is just a matter of time before the summons are issued against KPMG because of its fraudulent audits — the process is at an advanced stage,” said one source.

It is unclear how much liquidators want to recover from the audit firm.

KPMG spokesperson Nqubeko Sibiya said the firm had not been contacted by the liquidators but was co-operating with the authorities.

“The events that arose at VBS are a result of a number of factors and the actions of various parties and bodies. We understand that the matter is subject to investigation by the authorities. KPMG is co-operating fully with the authorities in this regard, so that due process is followed and those who are determined to be responsible for what happened take full accountability for their respective part in the failings at VBS,” said Sibiya.

The Mail & Guardian has been reliably informed that PwC, the mutual bank’s former internal auditors, could also be in the firing line. Questions had been asked in the past about PwC’s role in the collapse of VBS, particularly following allegations of major governance failings and maladministration that emerged shortly after the mutual bank was placed under curatorship.

PwC Africa’s chief operating officer, Fulvio Tonelli, said this week they were unable to answer any questions relating to VBS. “The rules prohibit us from commenting on matters related to clients.”

KPMG revealed last year that Sipho Malaba, who was its lead audit partner on VBS, and another partner, Dumi Tshuma, had not fully disclosed that they held loans with VBS. 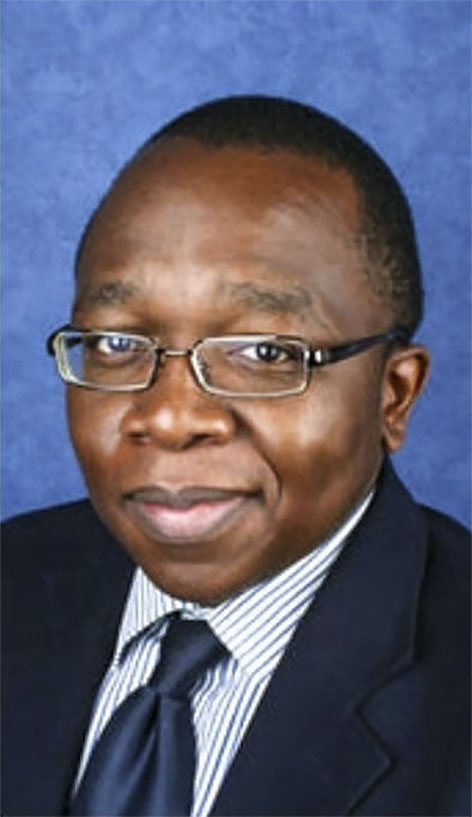 The two executives are each pursuing a R30-million lawsuit against KPMG.

The pair allege they suffered damage to their dignity, defamation, discrimination and restriction of employability because of KPMG’s statements.

Malaba had been introduced by the then-new KPMG chief executive, Nhlamulo Dlomu, in October 2017 as part of the team that was to support her in restoring public trust in the auditing firm after two major scandals.

Sibiya said KPMG was assessing its position regarding what its former senior executives had done at VBS. “Specifically, as regards Mr Malaba, we want to make clear that the firm in no way condones his behaviour. He was dishonest in his interactions with the firm and appears to have been dishonest in his dealings

with VBS. We are assessing our

position as the matter progresses.”

The VBS fiasco also saw government cancel its contract with KPMG to do public sector audits on behalf of the auditor general.

It was the second scandal involving the audit firm, after allegations emerged in 2017 of its involvement in assisting companies linked to the Gupta family associated with state capture. The firm suffered huge reputational damage as a result.

Last year, the M&G revealed the contents of letters sent by KPMG to Malaba and Tshuma, asking them to respond to allegations of misconduct and dishonesty about their undisclosed VBS loans and business interests.

According to the letters, Malaba — the former head of financial services — had a R7.3-million mortgage bond with VBS and two vehicle finance arrangements, for R497 000 and R462 000.

The letters said these loans were discovered during an internal audit at KPMG, which was reported on September 27 2017 — just days before Malaba was appointed to the troubled audit firm’s executive committee.

Malaba had allegedly said that he would ensure his loans were no longer financed by VBS, and had moved them to a company owned by his wife and a cousin.

“Prior to your appointment as a member of KPMG SA’s executive committee in October 2017, you confirmed that you had loans at VBS,” KPMG’s letter reads.

“Following your appointment to the exco in October 2017, and given your role as the audit partner on VBS, you were instructed to finance your loans such that they are no longer with VBS. You informed the leadership of KPMG SA that you had done so in January 2018.”

Malaba’s loans with VBS had been transferred to Ihawu Lesizwe Trading (ILT), in which his wife and cousin each held a 50% stake.

“You signed as the co-applicant on the home loan application and your personal financial information was used to secure the loan, and not that of ILT,” continued the letter. “The residential property that you and your family reside in is registered in the name of ILT. There was no change in the status of your financial loans between the date of your disclosure and the date you indicated that the instruction to terminate the relationship had been complied with.”

According to Dlomu, Malaba was required to disclose financial arrangements between his immediate family members and VBS.

Dlomu accused Malaba of having failed in his fiduciary duties.

But Malaba denied any wrongdoing, claiming the home loan had not been in his name and that “personal loans were actually vehicle loans”.

He disagreed with the allegations of dishonesty, saying he was not given enough opportunity to prepare to answer questions for KPMG’s investigation.