When a United States senator from Chicago decided to run for president, one of his first volunteers was a student from Senegal. They met at a campaign event. “Pleased to meet you, Oumar Ba,” said the senator. “I’m O-ba-ma.”

During the 2008 campaign, Ba knocked on more than a thousand doors, collecting information from potential voters who would prove decisive in Barack Obama’s victory. That campaign was one of the first to harness the power of Big Data to predict election results with uncanny accuracy and to micro-target voters with individual messaging. Ba also worked on Obama’s 2012 campaign.

In 2018, Ba found himself working on another campaign, on another continent. Although the context may have been different, the methods were similar, and proved to be just as revolutionary.

A year before Senegal’s February 2019 presidential election, incumbent Macky Sall recruited Ba to set up a data collection and analysis unit for his campaign. The unit was top secret, based out of Ba’s home in Dakar. Some senior officials in Sall’s party, the Alliance for the Republic, were unaware of the unit’s existence. Opposition parties had no idea.

With help from another former Obama staffer — Lex Paulson, a strategist who also advised Emmanuel Macron’s campaign in France in 2017 — Ba recruited more than 4 630 volunteers to knock on doors in every city, town and village in the country, covering each of Senegal’s 552 counties. The volunteers wore no party branding, because that may have scared off people not interested in politics or sympathetic to the opposition. They were not actively campaigning, according to Ba, because to do so would have violated Senegalese election law, which limits campaigning to just 20 days prior to the vote. 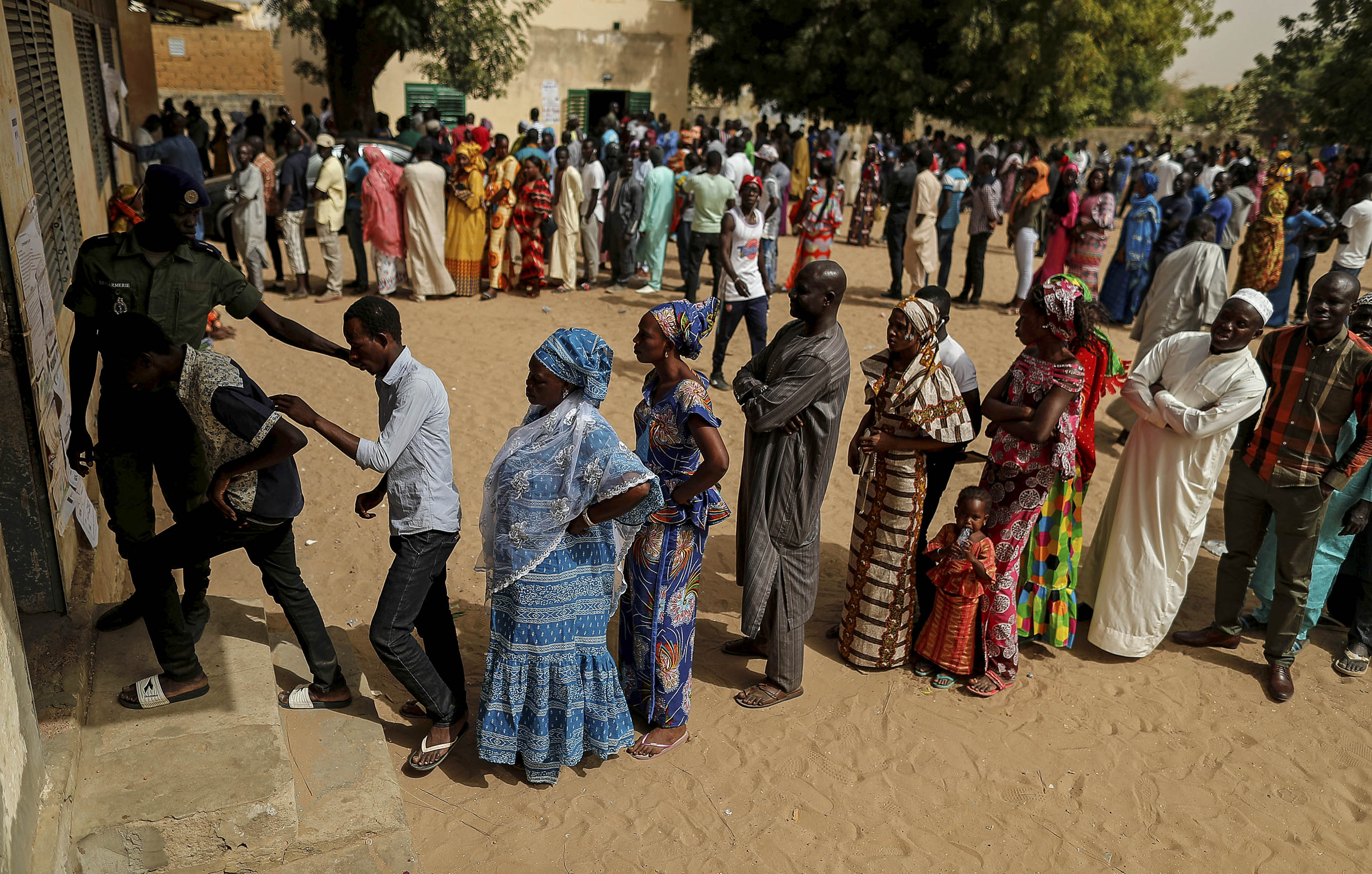 This relative anonymity led to some bizarre situations. “It happened to us several times that we walked into a [party] leader’s house and he was watching TV and he didn’t know it was us,” said Ba.

Instead of campaigning, the volunteers collected data: age, gender, profession, location, political affiliation, preferred language, religion, identity number, phone number. They also asked potential voters what issues mattered the most to them and what they looked for in a leader. Answers were written down on paper, because early trials had shown that interviewees distrusted electronic devices, and manually entered into a digital database.

It was not always easy. Sometimes the data collection volunteers got tired, or lazy, and made up their own answers instead of bothering with going from door to door. These volunteers were swiftly axed by Ba. In other cases, the team had to adapt their usual approach before anyone would speak to them. “In some communities, if you come in with pants and a T-shirt, people won’t listen to you. You have to wear your African outfit. In some communities if you wear short pants people will put you out. In some houses, you have to talk to the chief of the family first, you can’t just talk to the lady,” Ba explained.

Ba’s unit recorded dozens of data points on 3.5-million people. At Ba’s house, analysts crunched the numbers through sophisticated algorithms, ultimately coming up with a unique campaign strategy for each county. In one, the president should promise to build a new road in a specific location; in another, he should emphasise family values; in a third, he shouldn’t bother because he was going to lose anyway. “So you have 552 campaigns running against one opposition candidate,” said Ba.

Crucially, the president bought in to the new approach, according to Ba. “[Sall] is an engineer. He understands numbers, systems and mechanisms. When you talk to him you better tell him things that are right. He’ll check his notebook and make the calculation and tell you if you’re right or wrong. He’s a man of data, a man of science and he’s very young. He’s monitoring social media, he knows what’s happening. And the data we were collecting was very consistent with what he was getting.”

Data collection was phase one of Ba’s strategy. Phase two was to knock on those same doors, to deliver feedback on the issues raised by citizens. This gave people a sense that they were being listened to, that their opinion meant something. Generating that buy-in from potential voters is more effective than any presidential speech.

As Ba explained: “If you visit Mohamed today, he talks to you about how it’s important to clean up the neighbourhood because there are too many crimes and so on. Then you go out there and come back two weeks later, and say: ‘Mohamed, I think that’s what we are going to do, that’s a great idea.’ Two weeks later, if Mohamed hears your candidate talking about the same issue, Mohamed knows he has been listened to and he knows we care.”

On February 24, Sall won a second term in office with a resounding majority, receiving 2.5-million votes to 900 000 for his nearest competitor. It helped that two of his major opponents were barred from running because of corruption convictions, which some critics have described as politically motivated. Opposition parties also claimed the vote was rigged, although the Constitutional Court gave it a clean bill of health.

Ba said Sall didn’t need to rig the election. He had a secret weapon. While the opposition was driving around in trucks, loudspeakers blaring, dishing out T-shirts, the ruling party was building a database of Senegalese citizens and a mechanism to communicate with them at the level of individual households.

“The opposition was surprised because they didn’t see us coming, they didn’t understand what was happening. And that explains why they failed. Collective intelligence is a killer tool. You can make people with it, or you can wreck people with it.”

Ba insists that the tool he has built will be used only for good. Now that Sall’s re-election is complete, he is mobilising the same team of volunteers to deliver better governance outcomes. Its potential is revolutionary: suddenly, the president has a team of people at his disposal who can reach every corner of the country within a few hours. They can listen in person to citizens’ complaints and can deliver feedback and government messaging directly into their homes. 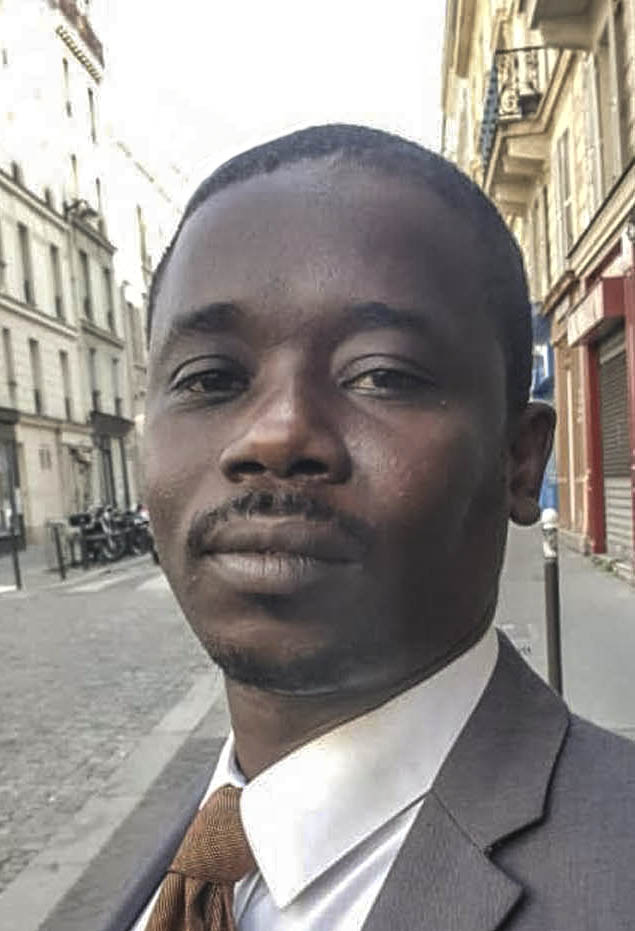 Oumar Ba’s strategy of door-to-door collection and analysis of data about Senegalese citizens and reconnecting directly with them at household level helped Macky Sall win the election. (Zohra Bensemra/Reuters)

Yet the possibility that such a powerful tool can be misused cannot be ruled out. In Kenya, for example, concerns that the government would abuse citizens’ data have slowed the roll-out of Huduma Namba, which, according to official statements, is “a central master population database that will be the ‘single source of truth’ on a person’s identity”. Concerned Kenyans, still reeling from disgraced consulting firm Cambridge Analytica’s attempts to meddle in their 2017 poll, have pointed out that there are precious few regulations protecting this data, or preventing an unscrupulous ruling party from using it for their own benefit.

And in Uganda, autocratic President Yoweri Museveni — in power for 33 years and counting — is so intrigued by the power of Big Data that he recently requested that data specialists in the office of Kenya’s deputy president, William Ruto, travel to Kampala to give his team a crash course on the subject, said a senior Kenyan official.

Even in Senegal, with its relatively strong data protection laws — it is one of only three African countries to sign up to the Council of Europe’s Convention for the Protection of Individuals with Regard to Automatic Processing of Personal Data — there are serious question marks over the ability of the under-resourced data protection authority to spot and nullify potential threats.

The former United Nations secretary general, Kofi Annan, once said: “Knowledge is power.” As African politics moves decisively into the era of Big Data, there is no doubt that he was right on that. Elections in Senegal will never be the same again. Elections in Africa will never be the same again. But Annan also said, at the same time, that “information is liberating”. This is less certain. For now, we simply don’t have enough data to be sure either way.