Africa’s agriculture, along with its millions of smallholder farmers, is up for sale — to the highest bidders. These bidders have taken over huge tracts of productive agricultural land, brought their own patented seeds, have control over the raw materials and are changing the game of food production and development.

Yet, food sovereignty, security and self-sufficiency remain a problem with millions of people. According to the Alliance for a Green Revolution in Africa (Agra), agriculture accounts for 32% of Africa’s GDP and employs more than 60% of the continent’s labour force.

In terms of providing food for the continent, two themes stand out. The first relates to agricultural land and water and the second the ability to control and promote seed production. National access and benefit-sharing policies and laws should support the sharing of plant genetic resources and related knowledge particularly among smallholder and peasant farmers.

The main purpose of an agricultural system is to provide food to either people within a country or to trade food with another country with the intention of growing the economy. The seed system plays an important role in determining the type, quality and cost of seed supplied to the country’s farmers. By extension then, it also determines the type, quality and the cost of food sold to the country’s citizens. Ownership of seed, protected through plant breeders’ intellectual property rights, is a contentious issue.

With this in mind it becomes evident how multilateral institutions such as the World Trade Organisation (WTO), which is the key institution for the negotiation and enforcement of the Trade Related Aspects of Intellectual Property Rights agreements, are complicit in the reproduction of asymmetrical relations of global capitalism. This is clearly demonstrated in the WTO’s efforts to connect “food security” to the further liberalisation of agricultural trade.

The effect of agricultural liberalisation by such organisations and agreements is reflected in the devastating consequences for farmers in the global south. This situation has also played out on the continent through the creation of initiatives such as the Alliance for a Green Revolution in Africa (Agra), founded in 2006 by two foundations in the United States with close ties to governments and agribusiness globally.

Running parallel is the contentious work of the Bill & Melinda Gates Foundation with its focus on funding biotech research and development and other technologies and policies to increase farm productivity in today’s world.

Agra has invested millions of dollars into the continent’s seed sector through the company African Seed Investment Fund with the aim of providing capital to seed companies to improve the delivery of quality certified seed to smallholder farmers. Zambia and Tanzania are both recipients of this funding.

It is in countries receiving this funding that large multinationals are cementing their presence. Monsanto, DuPont Pioneer, Syngenta Kenya Seed Company, SeedCo and Vilmorin are among the key companies operating in the African seed arena. Worryingly, countries where these investments are taking place have been encouraged to amend their policies and laws to ensure that the profits and interests of companies investing are protected through enforcement of intellectual property rights. This process has manifested in the change of select policies in several African countries including South Africa, Zambia and Tanzania.

Last year, South Africa signed into law the Plant Improvement Act and Plant Breeder’s Rights Act. Also last year, the Zambian government revised seed regulations to ensure protection of intellectual property rights for those multinationals investing in seed. The changes in seed policies and laws reinforce a system that strengthens the power of these seed companies at the expense of farmers. Changes to policy have also meant a change in the collective nature of seed.

According to some of these changes, seed can no longer be exchanged without legal consequence. Traditionally, African farmers have saved, swapped and bred seeds to suit local conditions. As private seed companies continue to grow and consolidate they focus on a narrower range seeds and of commercially lucrative crops such as maize, which reduces biodiversity.

Research in 150 countries shows that total crop diversity in the world has narrowed over the past 50 years, and consequently composition of the diet at the global level has become more uniform at the expense of regionally important crops.

When reflecting about the consequences of these changes, Kudzai Chikwore, a small-scale farmer from Musengezi, Zimbabwe, had no doubt that with time future generations will not know some of the crops grown by her parents and it will become more expensive because she will have to buy new seed every year.

Farmers have been in a losing struggle to create awareness of the problem and influence the way capital has assumed sovereignty over seed. Even public institutions now find themselves in a position very similar to that of farmers. Increasingly, their access to genetic material, and the way they work with these seeds, is constrained by the proliferation of intellectual property rights owned by a narrow set of large and powerful international firms. 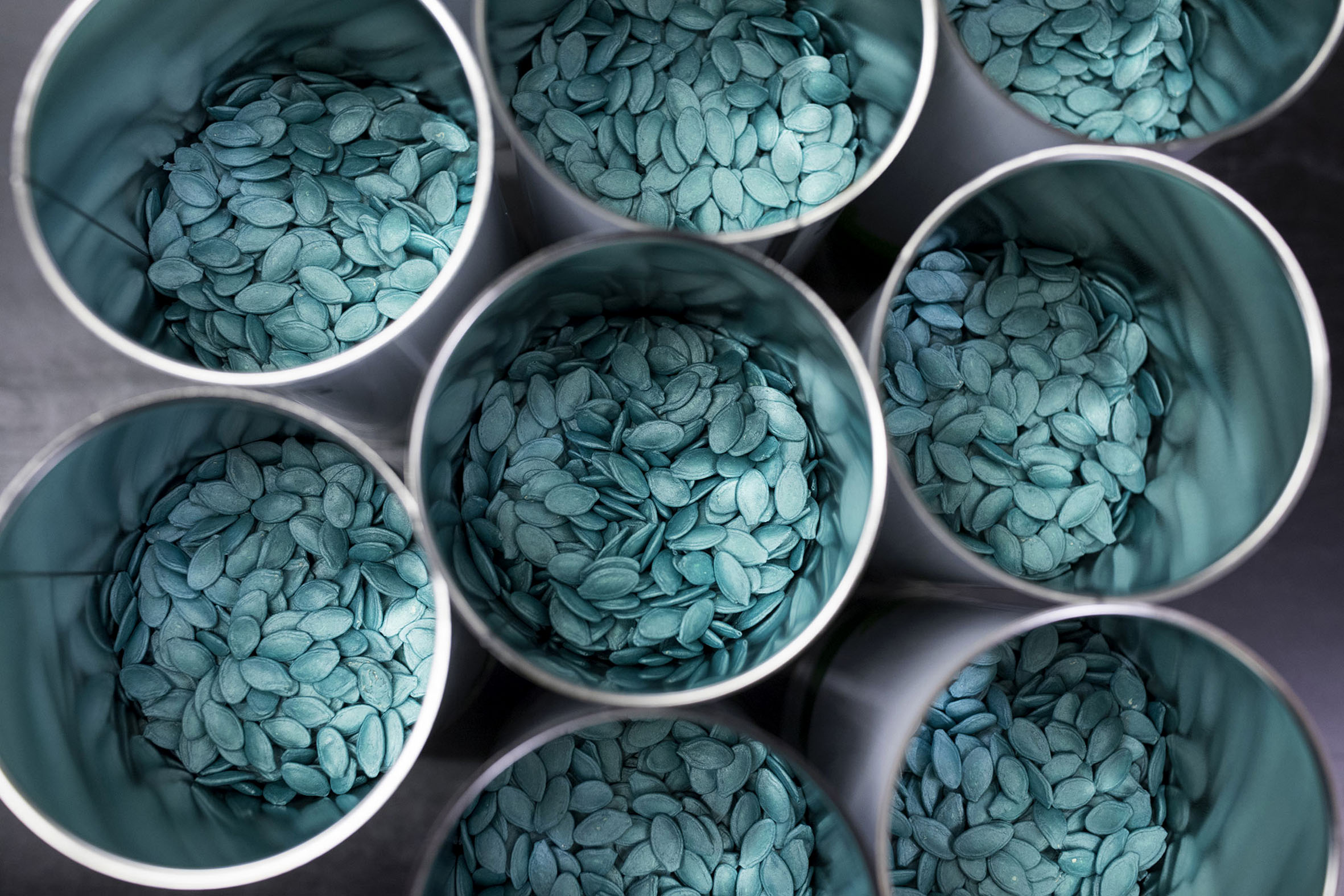 Hybrid seeds such as these produced by a division of Monsanto, represent the control over the global seed economy exercised by multinational interests through ‘agricultural liberalisation’. (Luis Tato/AFP)

The continued seed system changes have far-reaching consequences for food sovereignty, food security and economic freedom for the African population. In short, we are now in a system that narrows the possibilities for alternative and more sustainable systems such as agroecology and leaves the control of our food system in the hands of a few super-predatory capital interests.

To stop the commodification of seed the entire system that supports capitalist patronage and accumulation must be dismantled. The monopoly over seeds by a few corporates and farmer dispossession of land and seed, which goes unchecked, violates food and national sovereignty and seriously undermines the right to food.

Ownership of seed must rest in the hands of the farmers because this is a national heritage. If a company chooses to use this seed, then permission and appropriate compensation must be afforded to the custodians of the seed.

Competition commissions in African countries could play a watchdog role to ensure that corporations do not take control of the entire food value chain from farm to folk.

Governments must view seed systems as a national heritage concern that ought to be protected and safeguarded for future generations. This means that governments must ensure that they provide adequate funding to develop farmer managed seed systems and reject any external investment that comes with conditions. This funding must be in the form of national funds, not foreign direct investment because this may lead to some form of co-option and thus the loss of sovereignty.

Institutions such as Agra and the Bill & Melinda Gates Foundation have managed to control the seed sector by investing in African agriculture and demanding policy change to enable continued investment. It is this co-option that leads to those with capitalist and neoliberal agendas systemically dispossessing and controlling the seed sector.

Governments and civil society organisations in Africa must urgently reverse changes to policies and laws that enable multinationals and organisations to have disproportionate control over economic resources in the agricultural sector. Most urgent is that changes made to plant breeders’ rights and plant variety protection laws and policies must be reversed.

Nokutula Mhene works for the Rosa-Luxemburg-Stiftung on agrarian issues in Southern Africa. Busiso Moyo’s research at the foundation focuses on human rights and development, the politics of malnutrition and the geopolitics of food and agriculture