​Chile will never be the same – ‘The elite are terrified’

“Chile despertob … Y no volvera a dormir [Chile has woken and it will not sleep again].” This slogan —which marks the central heartbeat of the current uprising — has swept through Chile and is emblazoned on walls everywhere. It is also on a plaque boldly displayed on the statue of Baquedano, one of Chile’s 19th century generals, in Santiago’s Plaza Italia, now renamed Plaza de la Dignidad (Plaza of Dignity) by demonstrators. 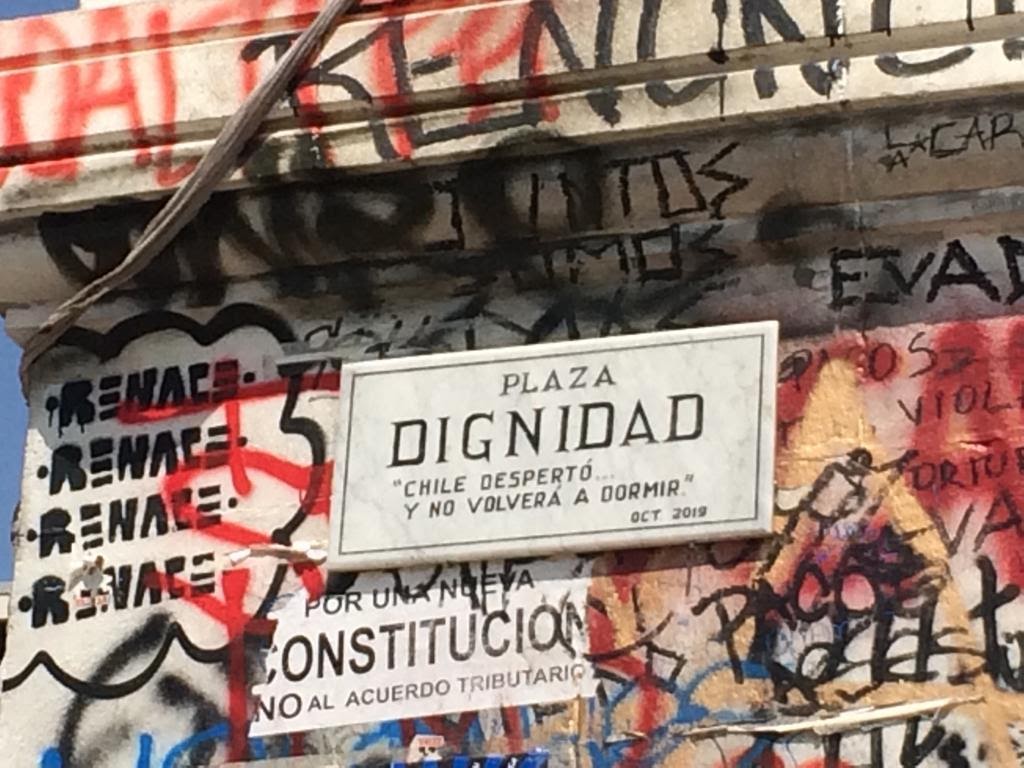 Although there is much detail to the seven-week uprising, running through everything is a deep groundswell of history in the making. No matter who one speaks to, when asked about the slogan and whether Chile “will never be the same again” (another popular slogan), the response is an unequivocal “yes”.

So what will not be the same again?

The response from a lawyer in Santiago sums it up: “In four weeks the Chilean mindset has changed forever.” The collective consciousness of the nation has undergone a seismic shift. Certain sectors of Chilean society, such as students and women, have been in revolt mode for some years, now most of the population has shifted.

This mindset shift is manifested in the views and demands being expressed, which overall reflect deep anger and dissatisfaction with President Sebastián Piñera and the elite, together with the overall demand for fundamental change. There is an express focus on and critique of neoliberalism and its close accomplice, inequality, for example. There is also a focus on the political elite. Although there are a range of immediate reforms being demanded, such as on minimum wages, pensions, healthcare and education, it is clear that Chilean society is demanding structural transformation and not simply a set of reforms. This used to be the reserve of a thin layer of activists but is now on the lips of everyone.

A clear manifestation of the public mindset is the omnipresent graffiti and posters. A multitude of politically powerful messages and images are sprayed and posted around Chilean cities and towns — boldly and aggressively. They tell their own story and, as one person said: “We have run out of wall space to express our views.” 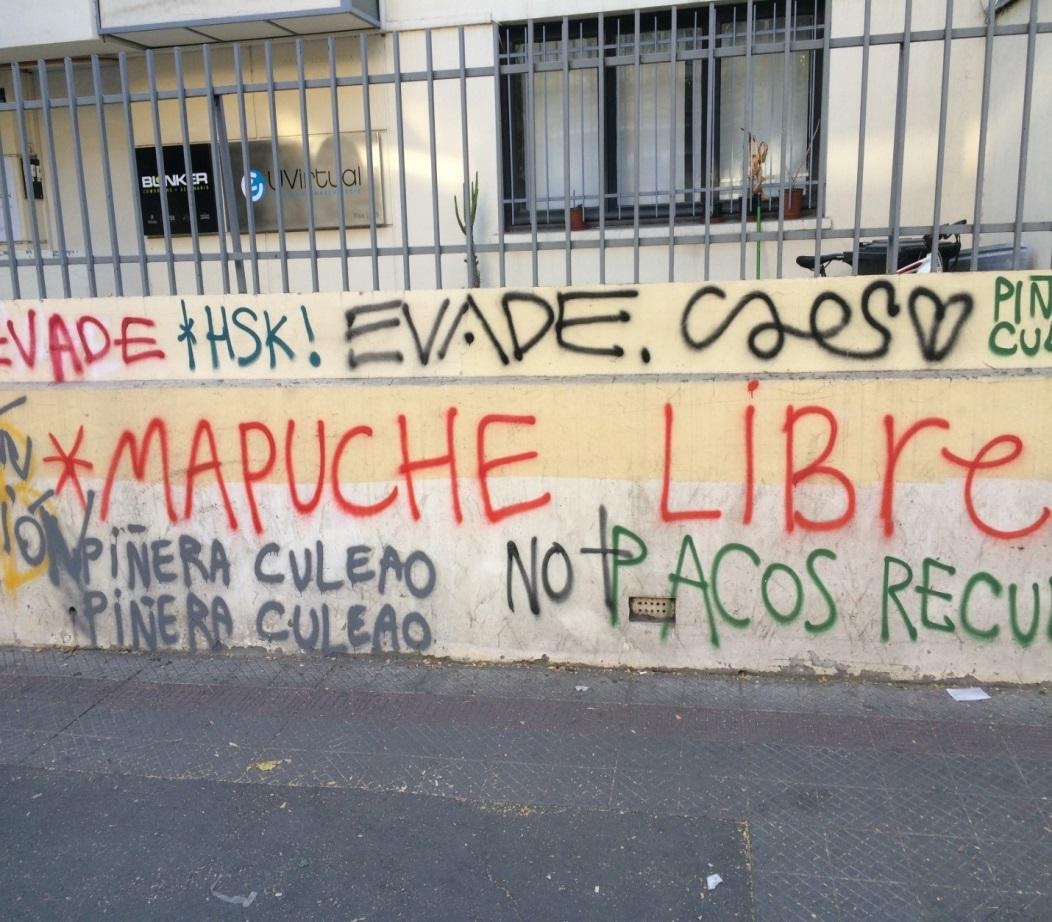 The strong focus on the cause of the Mapuche indigenous people is also a clear mindset shift. As a commentator said: “Everyone now has Mapuche blood.” Mapuche flags wave in every demonstration. The death of Camilo Catrillanca, a Mapuche activist, by the police, was vociferously commemorated a year later.

On a more concrete level, a clear manifestation that Chile has changed is the Piñera government caving in to the dominant demand that there must be a new constitution. Views vary on the detail, “this would have been unimaginable a month ago”, the activist lawyer said. This development was no easy victory and is a result of the pressure being applied in multiple ways on the political and business elite. As was said two weeks into the uprising, “the elite are terrified”.

On November 21 the feminist collective Las Tesis marched through the streets of Valparaiso, one of the poorest cities in Chile.

The words of the powerful statement chanted during the march posed a direct challenge to the Chilean government. It includes the lines: “The rapist is you; the rapist is you; it’s the cops; the judges; the state; the president; the oppressive state is a male rapist; sleep well, innocent girl.”

On November 25, the international day for the elimination of violence against women, a Las Tesis protest performance in front of the ministry of women’s rights and gender equality was held in Santiago.

This initiative has inspired similar activities around Chile and in many other countries. Chile’s influential feminist movement isn’t new, but there has been nothing in its past to compare with recent dramatic developments.

On November 28 Mario Aguilar, part of the leadership group of Unidad Social, a national alliance of unions and other civil society organisations, proposed a process to draw up a new constitution. It involves a minimum of five representatives from each electoral district being elected to form a 244-person constitutional assembly. The proposal was discussed in each cabildo, which are grassroots assemblies and discussion groups. No direct political party representation is involved. This constitutes a major challenge to the political elite.

An important dimension of the uprising are the cabildos, which are usually held in plazas and parks and attended by locals people and organisations in the neighbourhood. These cabildos stand to play a key role in building a new culture in Chile and in reclaiming plazas and other public spaces.

It all adds up to the beginnings of a new movement. No matter what comes out of the uprising, there has already been a significant leap forward, which poses a major challenge to neoliberalism and the elite.

An analyst said: “The movement in Chile poses the possibility of fundamental change with enormous repercussions in Latin America and beyond.”

Jeremy Daphne works for the Bench Marks Foundation in Johannesburg, a nonprofit, faith-based organisation that monitors corporate social responsibility. He writes in his personal capacity and thanks his Chilean partner, Lorena Núñez Carrasco, for her help with this article.