Two people were killed and six injured in a suspected drive-by shooting at a bar in the Johannesburg suburb of Melville. The attack at the popular Poppy’s restaurant and bar on 7th Street, happened shortly after 1am on January 1, according to the South African Police Service. The street was crowded with revellers ringing in the new year.

“It is reported that a BMW SUV approached…and suddenly, multiple shots were allegedly fired from the BMW at patrons who were sitting outside the restaurant. Eight people were shot, two of whom were declared dead at the scene, while six were rushed to nearby hospitals with two of the six in critical condition. Both the deceased were women aged between 30 and 40,” police spokesperson Brigadier Mathapelo Peters said in a statement.

In a media statement posted on Facebook, Poppy’s management said: “Poppy’s restaurant owner Ms J Raja experienced the most tragic event outside her restaurant on 7th Street, Melville, in the early hours of this morning. Two people were shot and killed in a drive-by shooting…Poppy’s management and staff are deeply saddened by this heart-rending incident and send [their] deepest and sincerest condolences to the family and friends of the deceased.”

The restaurant will remain closed until further notice. 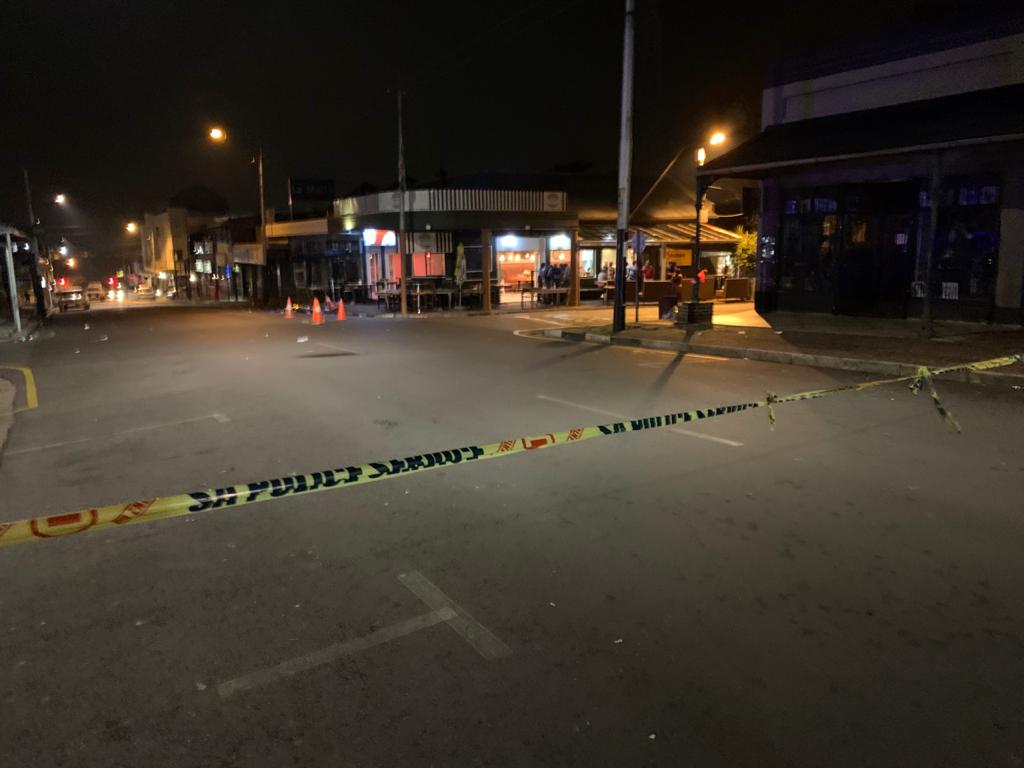 The Mail & Guardian arrived on the scene shortly before 3am. Boasting some of Johannesburg’s top nightlife spots, 7th Street — which would normally have been filled with New Year’s revellers at this time — was deserted except for police and emergency vehicles. Shaken staff from restaurants and clubs were making their way home. Several people had come to see if their family members or friends had been harmed. “I thought I heard the police say my friend’s name, I’m trying to confirm if it is her,” an onlooker said.

Gift Molaola was on the corner opposite Poppy’s, about 20 metres from the bar, when the attack happened. “It just happened out of thin air…at first we were not sure if it was fireworks or a gun. To confirm that it was a gun we saw people falling down.” He said he saw a friend of his, a car guard, get shot. 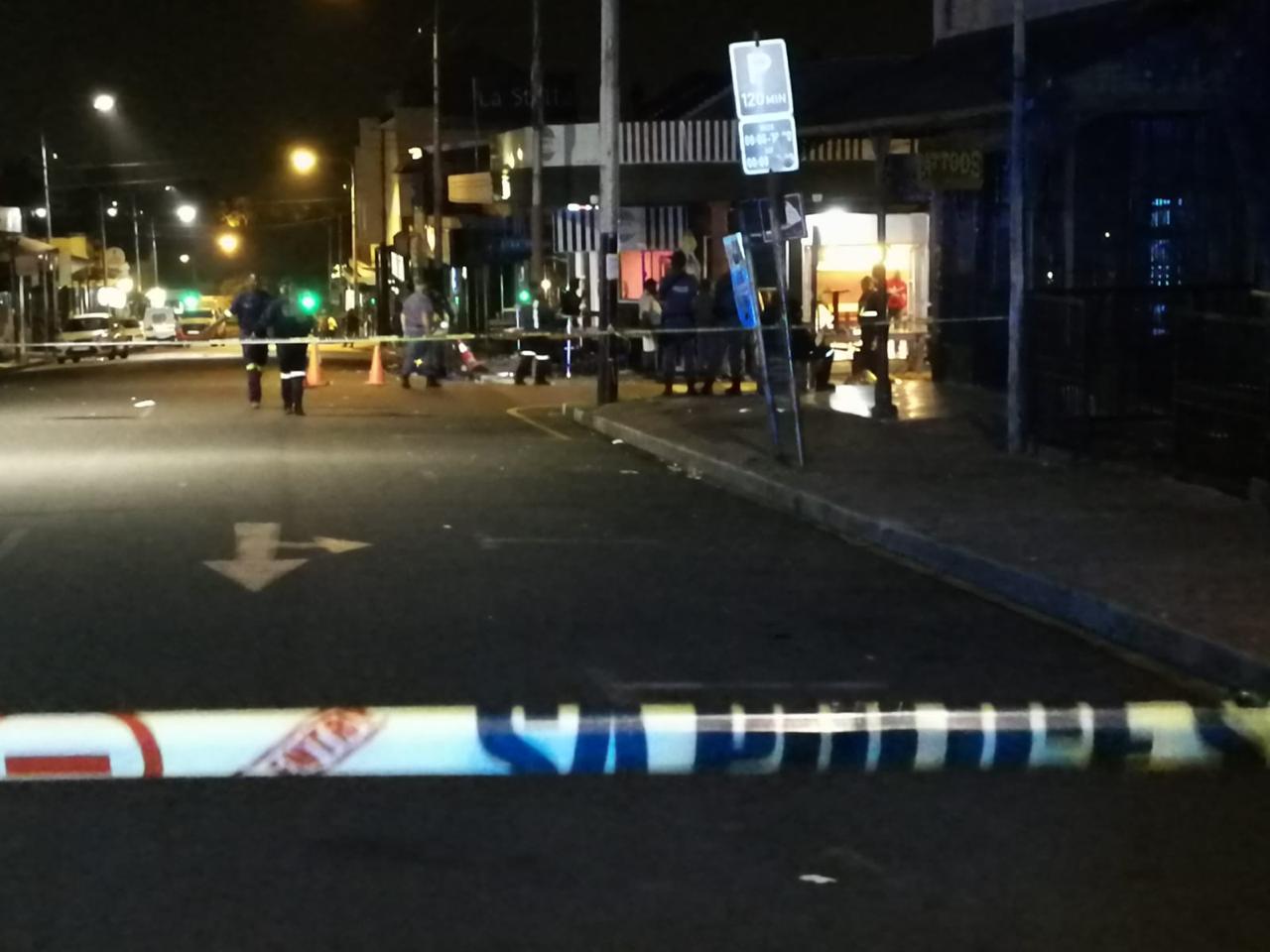 In the seconds after the attack, the street descended into chaos. “Everybody was panicking…there were a lot of people on the streets by that time, everybody was out of the restaurants after New Year’s, it was busy busy. I heard more than seven gunshots. I thought it was crackers before, but the sound is different. More like pop-pop-pop. That sound was repeated.”

He added: “People started diving down, others going for cover, others straight to their cars back home. It went empty, empty, empty.

The vehicle sped off in the direction of Campus Square.

Molaola believes the incident is linked to a fight that happened outside Poppy’s just minutes before. “I think this guy was trying to pay off his revenge. He was badly beaten. They even wanted to take his clothes off. They took off his belt, they beat him with his belt…he said ‘I’m coming back.’”

Paul Selby, a guard with private security company Raid, was on the scene shortly after the attack. “One guy fought there, I think the bouncer took a guy out. Near Poppy’s there. I guess he left and they think it may be the same guy who came back,” he said. “It’s a drive by shooting…everybody is shocked that such a thing happened here. It’s not normal. Even the police said they have never witnessed such a crime [here].”

Police officers on the scene declined to speak to journalists.

Investigations are ongoing, and police have urged members of the public with information related to the incident to contact the crime stop number, 0860 01011, or by giving a tip-off on the MySAPS app. Witnesses can choose to remain anonymous.