The ANC celebrates its 108th anniversary this week. Party leaders, activists and supporters have been gathering in the diamond city of Kimberley since last Sunday, in preparation for the big celebration this weekend.

It culminates, as in most years, in a rally at a local stadium attended by thousands dressed in the party’s yellow T-shirts and addressed by its president. He will read the annual January 8 statement, prepared by the national executive committee, which sets out the party’s priorities for the year ahead.

Truth be told, in recent times the January 8 weekend has been notable for the empty pageantry (and that is putting it kindly) associated with it rather than the statement, or anything else of consequence. There will be motorbike riders in black, green and yellow. The most popular musos currently will perform this summer’s hits, scantily clad dancers will entertain the crowds, and the party elite will come out in their finest on Friday night at the president’s gala dinner. There will be the wild, expensive parties every evening until everyone departs from the Northern Cape’s sleepy capital on Sunday.

Usually, the way it goes is that journalists will go through the motions of analysing the speech and waste copious amounts of ink and paper on “what it means for you”, but within a week we will all have forgotten about it. Until the whole circus descends this time next year on some other sleepy hollow (or major city — they do a good job of rotating it, which leads me to wonder how Ace Magashule hasn’t taken it to his home town of Parys yet).

This year, however, I believe might be slightly different. The key reason is that Cyril Ramaphosa is in trouble. More than you may have suspected, I’m afraid.

This is the year of the national general council (NGC), the ruling party’s mid-term conference, which is meant to assess progress towards achieving the goals set out at the last conference (the one that narrowly and surprisingly elected Ramaphosa). Virtually no one in the ANC thinks he is doing well, not even his supporters. (They differ from his detractors only because they offer up more excuses for his shortcomings, caution more patience and have dire warnings about the alternatives).

This is not a good way for any ANC president to go into an NGC. It is disastrous for one elected by a last-minute back room deal and won by a razor-thin margin, and is still encircled by opponents and fair-weather allies in the top six.

To be clear, Ramaphosa cannot lose his position at the NGC, it’s not an elective conference. “No president can be removed by a national general council. The president is there. There are only two methods of removal of a president. If you go to a conference or ask for special conference; and that requires an application by a majority of the provinces,” said ANC national chairman Gwede Mantashe — possibly the president’s only real ally in the top six — ahead of the elections last year.

Some 18 months before of the event, and with the ANC yet to negotiate its way past a tricky election, there was already open talk of an NGC revolt against the president.

It has not subsided since and will stay until the elective conference of 2022. An ANC president cannot lose his or her position at the mid-term conference, but the process of loosening their grip on power can begin there. Thabo Mbeki lost the ANC at the 2005 NGC in Pretoria; Polokwane 2007 was mere confirmation of the fact. Ramaphosa’s campaign ahead of 2017, began in earnest with the 2015 NGC. 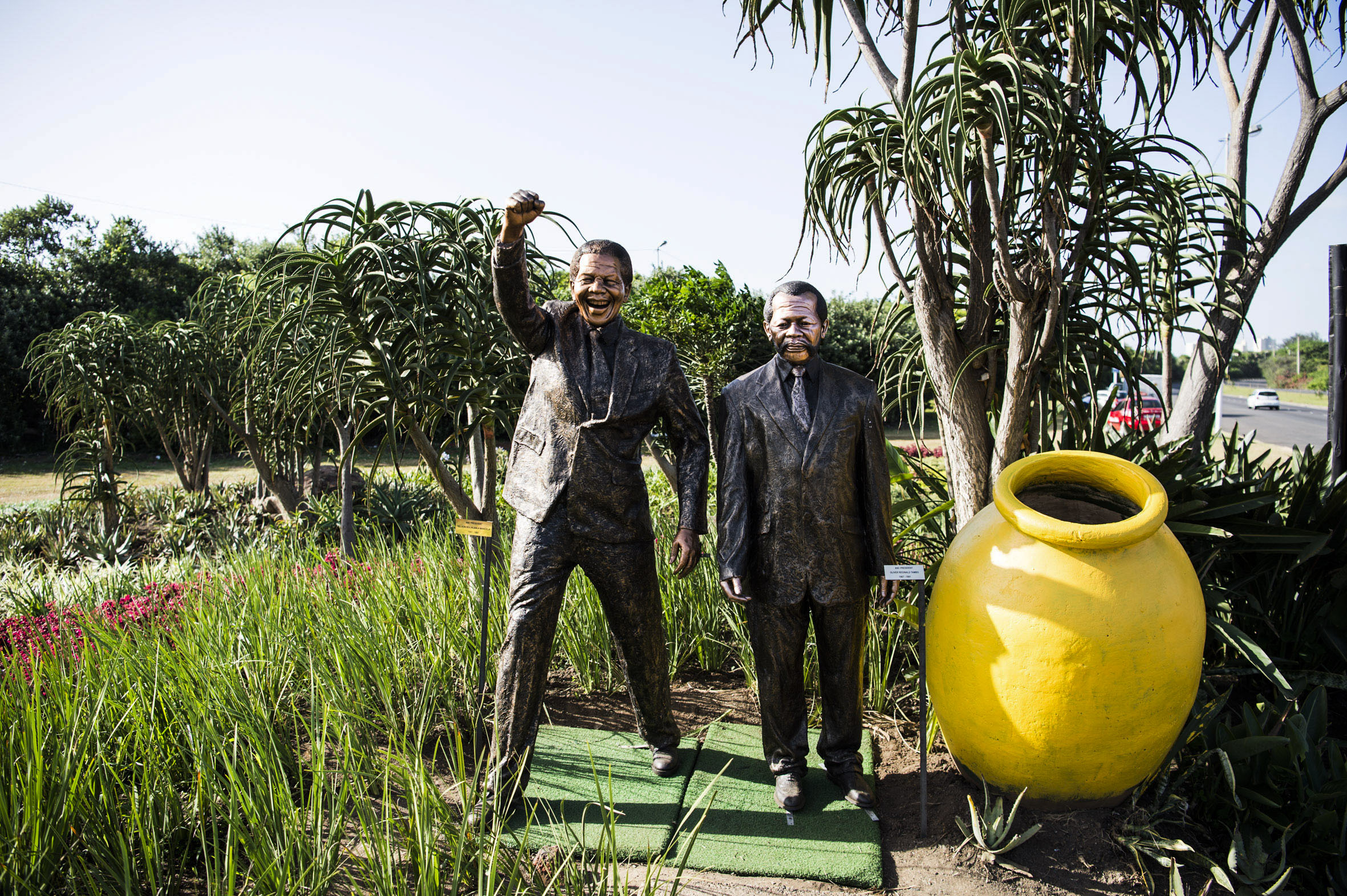 Oliver Tambo (right) was one of the longest serving presidents of the ANC — from 1967 to 1991. Nelson Mandela was elected deputy president of the party in 1990 and, in 1992, its president.

If the president’s grip on power is loose to begin with, the country could find itself with the disastrous phenomenon of a four-year lame duck presidency. If you thought Ramaphosa was weak and indecisive now, during what should have been his “honeymoon period”, wait until he is chastened by an NGC dominated by his factional enemies, or worse, if he loses the presidency in 2022.

But surely that can’t happen, you might think. ANC presidents are given the grace of two terms in office. Right? Well, not quite. Jacob Zuma and Mbeki got two terms. But that’s still two out of 13, and two out of three in the democratic era (Nelson Mandela technically also had two terms, but they were three-year terms, not the current five, and in any case began before 1994). So, there isn’t much of a “tradition” of two five-year terms to rely on to defend Ramaphosa in 2022.

In its 108 years, the ANC has had both long-serving presidents (Oliver Tambo), and short stints (Josiah Gumede and JS Moroka). It would not be counter to any so-called ANC tradition to add Ramaphosa to the list of one-term leaders.

Counting against Ramaphosa in 2022 will be his seeming inability to build momentum for change since coming into office in 2017. He has not built any discernible coalition around a shared set of goals for the ANC. The likes of labour federation Cosatu and the South African Communist Party stick with him for convenience, for fear of the alternatives, rather than any conviction that he is the right man doing the right things.

For a man who has risen to the very top of this complex organisation, he still curiously appears not to have an identifiable constituency. Who are Ramaphosa’s people, who is his base?

Should the 2021 municipal elections go badly, these questions will only grow sharper. Do not underestimate the role played by the 2016 electoral disaster in sealing the fate of Zuma. And he actually used to be powerful and popular inside the ANC. Ramaphosa cannot afford anything even half as bad next year, or he’s surely gone in December 2022.

Ultimately then, we may remember Kimberley 108 as the beginning of the end of the Ramaphosa era, a time that began with the promise of a “new dawn” but quickly dissipated under the clouds of cowardice and paralysis.