South Africa is not a failed state, but we’re fragile 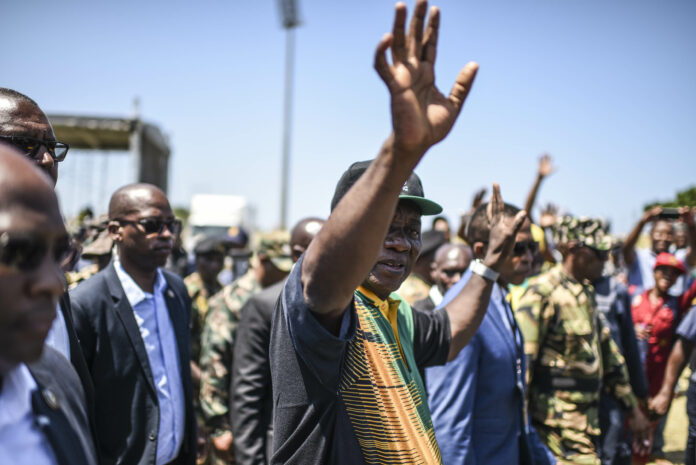 We are not a failed state; defined as a country whose political or economic system has become so weak that the government is no longer in control. No matter our angst at the levels of public service delivery, it would be unfair to categorically say that we are at this point. But fragile, we definitely are.

But the fact that we can ask questions as citizens about whether South Africa is failing is a worrying sign of our trajectory. This week, the Mail & Guardian has focused on the state of our public healthcare, education, judiciary, security and the economy ahead of Ramaphosa’s fifth State of the Nation address (Sona).

The only chance South Africa had of any renewal after the unravelling of a state capture project that has come to define the era of former president Jacob Zuma was for his replacement, in Cyril Ramaphosa, not to focus on re-elective politics.

With the country on the fiscal precipice, as it was when he took the helm — and with the country’s debt being relegated to junk status little after a year after he was elected as president — the hope was that he’d use the crisis to take all the hard decisions that those before him would never consider.

Administering “shock” therapy, as Professor William Gumede calls it, was the only path to cleaning both Luthuli House and the functioning of the state as a whole.

Instead, here we are starting out the year with the governing ANC already in the full swing of an elective race that takes place only at the end of this calendar year. How predictable.

Among the candidates is a tourism minister, who should be more concerned with the welfare of her portfolio, which, more than any other, has been bludgeoned by the effects of the Covid-19 pandemic. This is a sector that could and should play a significant role in absorbing a large and unfortunately growing unskilled labour force.

With unemployment sitting at 34.9%, the highest of the world’s industrialised countries, a functioning state should be focused on supportive measures for all industries that can help to absorb jobs.

Yet here we are, going into a State of the Nation address (Sona) with the stench of “palace politics” in the air, which will serve only to undermine efforts to resuscitate the economy and most importantly, usher in a fresh bout of confidence.

With so many invested in a second term for the incumbent, it will prove near impossible to focus on the more critical question than who leads the ailing ANC, that is, the failing state.

It’s a very clear and a very present danger to all of us, except perhaps for those 3 000-plus delegates who’ll be selling their vote to the highest bidder come December.

Considering that the most recent local government elections showed a country getting more accustomed to a future where the ANC is no longer in government and rather in opposition benches, the party should be more concerned about how better it can govern. But then, this is the post-2007 ANC.

With confidence at these present lows and an economy unlikely to provide much cheer as we get ready for inflationary pressures as the rand weakens on the back of a stronger dollar, the party’s factional squabbles are taking place aboard a sinking ship.

Some would say what we are seeing unfold economically was bound to happen. The pandemic was always going to turn our economic prospects decidedly worse, expose inequality further, and a ratings downgrade was inescapable after the “nine wasted years”.

Further denting prospects of a turnaround in confidence levels was the ever-persistent spectre of load-shedding accompanied by the sordid tales of corruption from the Zondo commission. We were always set for a hard few years, regardless of who was the tenant in Mahlamba Ndlopfu.

But by not leading from the front and taking some hard decisions on not only policy but personnel, the president has ensured that those few years could turn into a much longer winter. Had he taken office with no regard for his and his slate’s re-election as party president, one would imagine that he would have given the country as a whole a clearer direction of where we are going.

Rather, it’s been unity that he has sought in a party where, like many of the world’s leading parties, it is near impossible.

He should have taken a leaf from former UK Prime Minister David Cameron, who in search of unity of his party (a lost cause) gave in to calls for a referendum on the country’s membership of the EU six years ago. His preference didn’t win, and he lost his job to his long-time political rival Boris Johnson. The referendum, combined with the effects of the pandemic, has set the country on a course to an uncertain and nationalistic “Great Britain” commandeered by Johnson — for the time being, at least.

Ramaphosa has led the party first and country second throughout his tenure, unlike his predecessor. Ultimately, and especially in his second term of office, Zuma was pitching for Gupta family interests and in turn, his own.

What is worse? At this juncture, is there any difference? The country remains in a perilous state.

Capacity constraints in the public sector are severe and growing with the exodus of skills from the sector. While ratings agencies and economists bemoan South Africa’s bloated wage bill, sadly there are vacancies across the spheres of government, which have fed into growing poor service delivery. Due to our fiscal condition, the state simply doesn’t have capacity to fill these positions without cuts of the bloated salaries of their highest earners, which is political suicide for a president in search of a second term.

The private sector, ever the opportunists, will feed off the weakness where it can and build its businesses. This however, only increases the cost of doing business in the long run, feeding into the uncompetitive nature of our economy. Asian Tigers such as Vietnam and the like swoon at such depressing economic talk around Africa’s most industrialised nation as it opens more markets for them on our continent.

We aren’t a failed state, but we certainly aren’t passing at the moment. If no one is up for the “shock” therapy it will take to jolt us out of our current trajectory, it won’t be very long before we are one.

These State of the Nation addresses are seemingly just parades to that inevitable destination; but they needn’t be.

Rape is endemic in South Africa. Why the ANC government keeps missing the mark