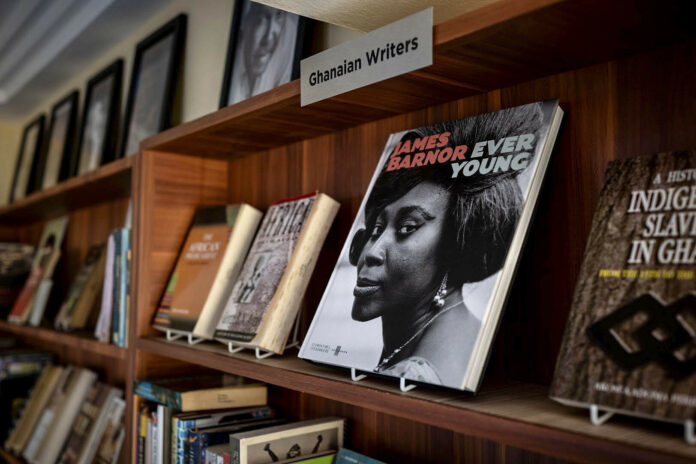 by B  Kojo Laing

Written by a poet who brings a lyrical free-spiritedness to his prose, Search Sweet Country is set amid the uncertainty of 1970s Accra. It follows a cast of oddball characters on a quest to find themselves, whose follies and foibles are juxtaposed with the social and political instability of Ghana at the time. Chaotic and, at times, completely fantastical, it’s a roller-coaster ride through Laing’s fertile imagination and a must-read for anyone who appreciates the dexterous possibilities of the written word. One of my all-time favourite novels.

This book is the literary equivalent of a mic drop. Ama Ata Aidoo’s fiercely independent protagonist, Sissie, is a young, educated, strong-minded woman who journeys from Ghana to Europe on an educational assignment in the early days of postcolonialism. Much to her colleagues’ and acquaintances’ bemusement, Sissie isn’t at all enamoured by what she finds, as Aidoo turns the tables on those who usually do the looking and examines Europe and Europeans with a critically intelligent, African gaze.

Although many people would suggest Ayi Kwei Armah’s classic debut novel, The Beautyful Ones Are Not Yet Born, Two Thousand Seasons is the Pan-African literature lover’s staple. It tells the epic story of 2 000 seasons of precolonial African history, chronicling Arab and European incursion, and African complicity. Armah’s prose is dense and often slow-moving, but the message at the heart of the narrative, and its bold attempt to reframe African history from an African perspective, as active rather than passive, remains a welcome and relevant counterpoint to the prevailing narrative.

The Prophet of Zongo Street

A delightful and quirky collection of short stories by an underrated writer who quietly captures the quotidian lives, hopes and aspirations of a marginalised people at home and abroad, at the turn of the millennium. Ali uses myth and folklore to give readers a nuanced insight into the characters that make up the Zongo; densely populated, urban areas in which society’s looked-down-on live complex but “normal” lives. Some of the stories are set in Ghana and others in the United States, where Ali is based, offering a complementary mix of realities and perspectives.

Of Women and Frogs

Bisi Adjapon is a fresh new voice on the Ghanaian scene. Her writing is intimate yet universal, and tackles subjects that are considered taboo in Ghana, making her work all the more vital. Whenever she reads from her debut novel about a young girl coming of age in 1970s Ghana and coming to terms with herself as a sentient, sexual being, she gains new followers, not only because of the vibrancy of her prose, but because it’s undeniably infused with her ebullient personality.

Sylvia Arthur is the founder of the Library of Africa and the African Diaspora in Accra, Ghana

Sylvia Arthur
Sylvia Arthur is the founder of the Library of Africa and the African Diaspora in Accra, Ghana
Facebook
Twitter
WhatsApp
Linkedin

Afrolit Sans Frontières: Stories and writers in the comfort of your living room