READ ALL OUR CORONAVIRUS COVERAGE

Throughout the coronavirus crisis and the lockdown period, the Mail & Guardian will be updating this page several times a day with the latest information and advice from government and healthcare experts around the world.

We understand our readers’ need for accurate and timely information, and will be keeping our essential coronavirus coverage free for all throughout the crisis.

Eusebius McKaiser: Why the bullshit curfew is seriously dangerous

Anti-democratic creep sets in when the state feels no need to explain its irrational decisions. Is that the type of state we want to live in?
Read more

While you are here

Our essential coronavirus coverage is free, but Mail & Guardian relies on reader support.
A subscription costs from R99 a month, and will give you access to everything M&G has to offer. Help us to continue our work.

What does phase 3 mean? 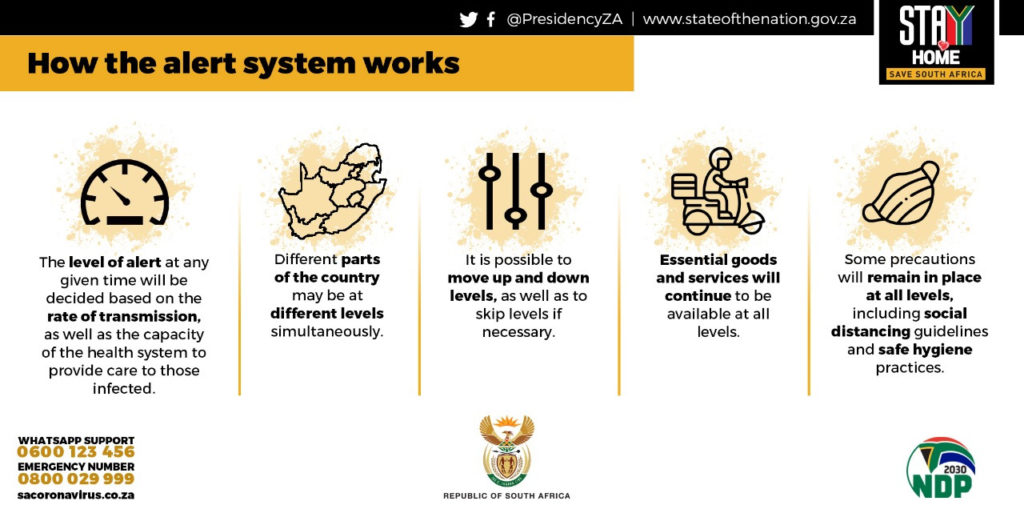 On 24 May, President Ramaphosa confirmed that the country will be entering Phase 3 of lockdown on 1 June. That means public servants must return to work, and most retail can re-open. Restaurants, bars, accommodation and air travel remain restricted, but people can now exercise any time of the day. Alcohol will be sold for home consumption, but tobacco remains banned. Hotspots – where the infection rate is higher than 5 people per 100 000 population – till receive be subject to extra monitoring and support.

As Gauteng braces for its Covid-19 peak, the province’s MEC for health, Bandile Masuku, is putting his training to the test as he leads efforts to tackle the impending public health crisis
Read more

Cities lead the spike in new Covid-19 cases. But in the Western Cape village of Genadendal, where people trace their roots back to the Khoi and freed slaves, one man was worried that unheeded fatal lessons from more than 200 years ago could once again prove tragic
Read more

Advice on the Coronavirus
00:33

When should you seek medical attention?

The NICD has advised that if a person develops symptoms of Covid-19, and they have reason to believe they have been in contact with someone who has the virus, they are to self-isolate immediately and implement measures to prevent transmission.

A toll-free public hotline (0800 029 999) has been set up for people who feel sick with a fever, cough or have difficulty breathing.

Tests are only available if you are referred by a health professional. In the first instance, you should contact your GP. Public sector testing is free of charge.

“In cases where it is difficult to assess the onset of symptoms, for example in young children or the elderly, self-quarantine for 14 days after return from international travel may be considered as a precautionary measure,” the NICD’s website notes.

Health workers are currently going door-to-door screening residents for symptoms (ie. a temperature or cough). If concerned, they will prescribe a full test, which usually involves taking a swab from the nose.

According to the NICD, treatment for Covid-19 is “supportive”: there is no specific antiviral treatment available. Antibiotics do not treat viral infections, but they may be required if a bacterial secondary infection develops.

Should you wear a mask?

The current regulations say that yes, you should wear a mask when you go outside of your home. You should, however, opt for a simple cloth mask and not an N95 medical mask, supplies of which should be reserved for health professionals.

The key purpose of wearing a mask is not to prevent you catching the disease: it’s to stop you spreading it. Studies are starting to show that infected people can spread the disease when they are asymptomatic – in other words, before they start coughing.

Why not make your own mask?

What does a “national state of disaster” actually mean?

In response to the Covid-19 outbreak President Cyril Ramaphosa announced a “national state of disaster”.

Section 27 of the Disaster Management Act allows Minister Nkosazana Dlamini-Zuma (the minister designated by the president) to declare a “national state of disaster” if other laws are not adequate to deal with a situation effectively.

The Act also allows the government — under section 27(2) — to make regulations to swiftly authorise the release of resources and personnel to help to deal with the disaster.

Regulations may also be passed to control the movement of people to and from the “disaster-stricken area or threatened area”.

There is also a catch-all power, allowing the government to take “other steps that may be necessary to prevent an escalation of the disaster, or to alleviate, contain and minimise the effects of the disaster”.

The Act says that these powers given to government may be used as far as is necessary to assist, protect and give relief to the public, protect property, prevent disruption and deal with the effects of the disaster.

Unlike a state of emergency, the declaration of a disaster does not need to be passed by an Act of Parliament. It also lasts longer: a state of emergency lasts 21 days but under the Disaster Management Act, a national state of disaster only lapses three months after it has been declared, and the minister may extend or shorten it by notice in the Government Gazette.

Read all the current regulations and guidelines in full.

What’s it looking like in the rest of the world?

So how do you protect yourself?

On its website, the WHO notes that: “The disease can spread from person to person through small droplets from the nose or mouth, which are spread when a person with Covid-19 coughs or exhales. Other people then catch Covid-19 by touching these objects or surfaces, then touching their eyes, nose or mouth. People can also catch Covid-19 if they breathe in droplets from a person with Covid-19 who coughs out or exhales droplets.”

This is why it is important to stay more than one metre away from a person who is sick, the organisation advises.

WHO lists a number of measures that can be taken to reduce your risk of infection. These include:

People who are infected may show no symptoms, so it is advised that people avoid crowds during the outbreak.