Lawyers for residents of Ingonyama Trust land have challenged the legal standing of its board chairperson, Jerome Ngwenya, to appeal against a landmark high court ruling setting aside the trust’s  residential lease programme.

The Legal Resources Centre (LRC) also wants Ngwenya to pay from his own pocket the costs of the challenge to his application for leave to appeal the leases case ruling, handed down in June. In papers submitted to the high court in Pietermaritzburg this week, the LRC has asked that Ngwenya’s notice of application for leave to appeal, which was filed on 5 July, be declared null and void.

The LRC also challenged the appointment of legal firm Mason Incorporated to prosecute the appeal on Ngwenya’s instruction, arguing that he and the legal firm had failed to provide the court with resolutions of the Ingonyama Trust Board (ITB) authorising their appointment.

The LRC is acting on behalf of Linah Zikhali and seven other residents of ITB land, supported by the Council for the Advancement of the SA Constitution (Casac) and the Rural Women’s Movement.

They had successfully challenged the validity of the lease programme, introduced in about 2009, and won a court order compelling the ITB to abandon the programme, refund lease fees and restore their permission to occupy certificates. 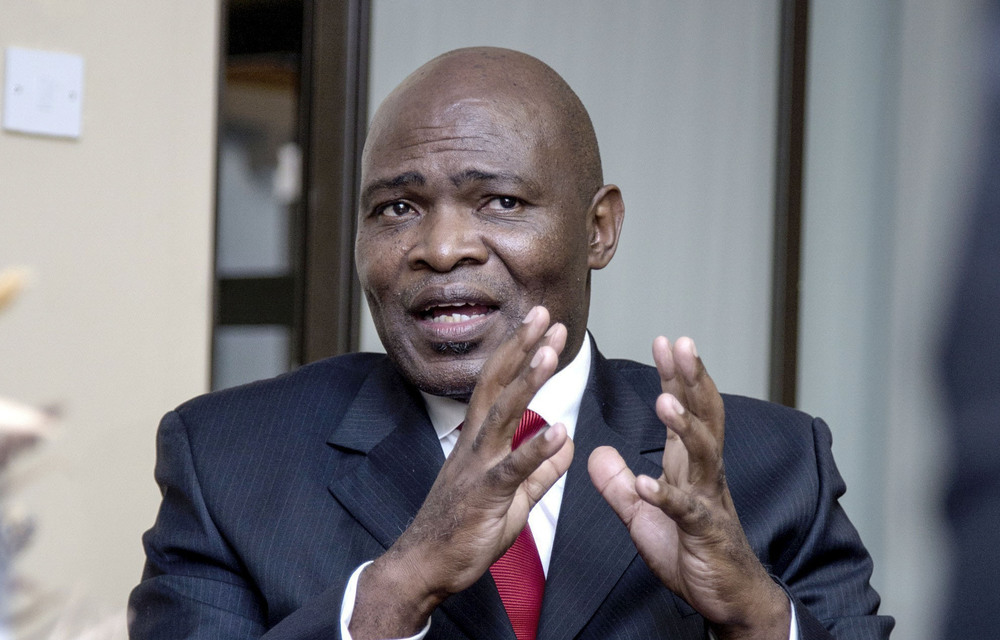 Land Reform Minister Thoko Didiza, under whose portfolio the ITB falls, was ordered to provide the court with three monthly updates on progress toward implementing the court judgment. She has done so.

Ngwenya, however, has filed an application for leave to appeal, despite being instructed by Didiza not to do so, claiming that the court had erred by accepting the evidence of the applicants.

In his affidavit, Casac chairperson Lawson Naidoo said the council had filed notice disputing the authority of Mason Incorporated to prosecute the appeal on behalf of the ITB and requiring that they provide proof, including board resolutions.

Naidoo said they had filed a document, “certified extract of a resolution of the Ingonyama Trust special board meeting” which “does not prove the authority of the attorneys to apply for leave to appeal and prosecute an appeal on behalf of the trust and the board”.

Then, on 19 August, the company filed a “special power of attorney”, which was signed by Ngwenya.

“Neither of these documents proves the authority of Mason Incorporated to apply for leave to appeal and prosecute an appeal on behalf of the trust or the board,” Naidoo said.

The extract did not “prove that a valid resolution was passed by the board” and “did not say that the board has decided to prosecute and appeal against the judgment”, Naidoo added.

“To the contrary, it states that the board has not made such a decision.”

The “power of attorney” also did not provide proof that Ngwenya was authorised to act by the board.

He said Didiza had not appealed and there was little reason to believe the board would have done so.

He added that as a former judge, Ngwenya was “not a lay person who can claim not to understand what constitutes proof in this regard”.

Ngwenya was “not entitled to act on a frolic of his own in instructing attorneys to seek leave to appeal and prosecute an appeal in the name of the trust and the board”.

“On the papers, given his repeated failure to provide the simple proof that is required, it is reasonable to conclude that he is so acting,” Naidoo said.

Under these circumstances, he said, it was appropriate that Ngwenya be ordered to pay the costs of the matter from his own funds.

Didiza’s spokesperson, Reggie Ngcobo, said that while the minister had submitted her implementation plan to the court as ordered, the appeal by the ITB had “suspended implementation” until the matter was resolved.

Calls to Ngwenya to request his comment went unanswered.

Ingonyama Trust leases appeal to be argued in court this week

Search for new Ingonyama Trust Board starts for real — finally