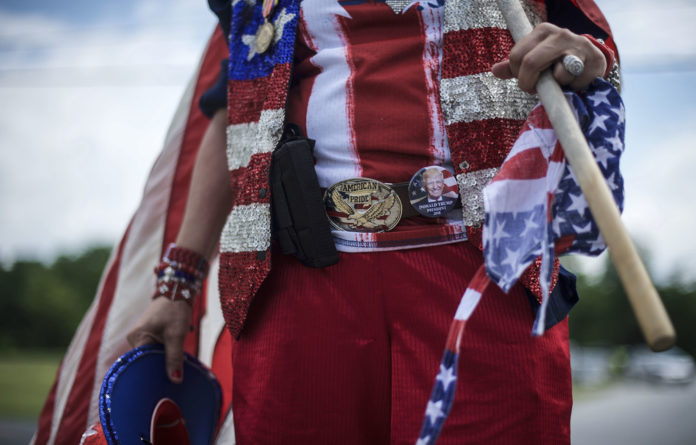 Within the space of the next month, as the autumn leaves here in the northeastern United States are swept away by the winds of approaching winter, the country will make a choice as consequential as any we have seen in recent history. The US election on November 3 will have global implications as dangerous as the looming climate crisis, or as promising as a major scientific breakthrough that enables shared prosperity. But this depends not on the wiles of nature or the mysteries of science. It depends on US voters.

The election will mark a turning point for the US and the world. The fact that President Donald Trump still has some chance of winning a second four-year term leaves me baffled. Why do Republican voters and leaders support him?

When my wife and I moved from Delhi to small-town America in 1994, with two small children who would have to adjust to a new school and make new friends, we were apprehensive. But we were surprised at how quickly we found a home and general acceptance, not just in Ithaca and neighboring towns like Trumansburg, which are known for being progressive and open (or, in Trump’s parlance, “Communist”), but also in the cities and suburbs of New York, New Jersey, and Pennsylvania.

Many of these areas traditionally lean Republican, and one would find no shortage of signs and placards expressing that allegiance. But stop into a small shop or diner, and you would almost always be met with a friendly response. Talk to the people, and you would find that while their views about politics and the economy may differ, they were welcoming, civil, and decent. Later, when I moved to Washington, DC, I had plenty of ideological differences with the Republican Party leaders I met, but I didn’t see that as a problem. As the Nobel laureate economist Amartya Sen notes in The Argumentative Indian, argument and contestation are a staple of democracy.

When debating with Republicans, I could see that they had a genuine commitment to their ideas and were following a moral compass. I appreciated that their party has a great history, and this was further confirmed by my official and personal experience working at the World Bank.

I was anxious when I first met Larry Pressler, a Republican US senator who represented South Dakota from 1979 to 1997 and had taken positions on international trade, business, and foreign policy that I did not share. Yet the more I got to know Larry, the more I was impressed by his decency, honesty, and adherence to principle. And I appreciated that he was willing to make personal sacrifices for moral principle. My wife and I became close friends with him and his wife, Harriet, and I was not surprised when he openly opposed Donald Trump in the 2016 election.

Indeed, the more I listen to Trump, the more I become convinced that he is not the kind of Republican I have known. He stands for himself and nothing else. When called out for paying almost no federal income taxes, his response was “That makes me smart,” implying that people who do pay taxes are stupid. In light of these and so many other comments, how can Republicans with any principles support him?

To be sure, it is not easy to distance oneself from the head of one’s party. Yet plenty of Republican leaders have done so. Former Republican National Committee Chairman Michael Steele, former Ohio Governor John Kasich, former Environmental Protection Agency Administrator Christine Todd Whitman, former Secretary of State Colin Powell, and Mitt Romney, now a Senator for Utah, have all shown moral courage vis-à-vis Trump.

One may or may not like the Democratic ticket. I personally consider former Vice President Joe Biden and Senator Kamala Harris of California too middle of the road. I would have preferred a more radical agenda. But at least they stand for something. Biden does not avoid paying taxes and then brag about it. He does not use foul language or demean others. He will not routinely embarrass America on the global stage. Both Biden and Harris have empathy for ordinary people.

I would not expect a Biden administration to usher in a radical shift in US policy. But it absolutely would restore a sense of decorum, decency, and stability at the helm, and those attributes are urgently needed at the moment.

Republicans should realize that if Biden wins next month, they can still compete for future votes and seek to return to power through the democratic process. If Biden were to lose in 2024, he would leave office with dignity, as should happen in any democracy. If Trump wins, however, Republicanism as we know it will be over. The values I once saw on display in small-town America, and the principles for which the GOP has long stood, will have been abandoned.

Given America’s importance as a source of global leadership, it is no wonder that so many good people around the world are rooting for Biden to win, and to win big. Republicans who still stand for something should be doing the same, and declaring their support for Biden openly. With America’s moral standing now hanging in the balance, they owe it to their country.

Kaushik Basu
Kaushik Basu, a former chief economist of the World Bank and chief economic adviser to the Government of India, is Professor of Economics at Cornell University and Nonresident Senior Fellow at the Brookings Institution.
Facebook
Twitter
WhatsApp
Linkedin