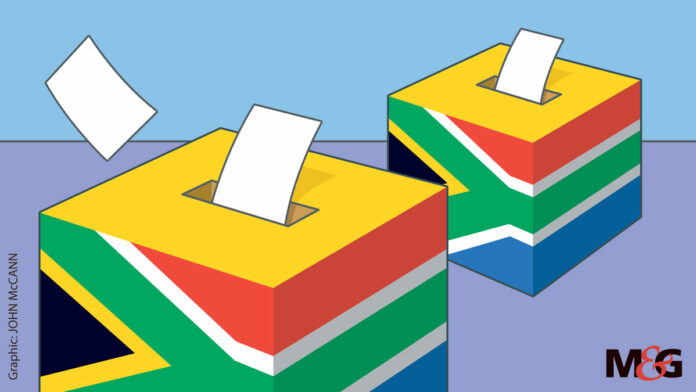 The Electoral Amendment Bill is being prepared for parliamentary passage in time to meet the constitutional court deadline of June 2022 to adjust the electoral system to permit independents. In competition with this is the ‘Lekota Bill’ that proposes a constituency system.

I do not intend to summarise or contrast the proposals as this could get very complex and obscure the issues. Instead, I present a proposal that captures aspects of both Bills.

A problem with the Electoral Amendment Bill is that it does not propose a smaller regional unit than a province. Given that more than 1 500 independents ran in the 2021 local elections, it would not be surprising to have more than 100 independents in a province, which would make for an unwieldy ballot and make it hard to differentiate candidates with similar names. It would also fragment the independent vote and make it hard for any to win. In the Bill’s proposal, votes for any independent who did not make a quota to get into parliament would be discarded. If 100 independents, for example, between them won 10% of the vote, with roughly equal vote counts each, each would have 0.1% of the vote and that whole 10% would be discarded, clearly a poor reflection of the will of the voters.

By contrast, party candidates only need to be placed high enough on a party list to be elected — there is no  incentive for them to work hard for their place or to meet the needs of their constituents.

If a party like the ANC, for example, has 400 candidates and wins 57.5% of the vote (as they did in 2019), each candidate has as their personal share 0.14% of the vote. That is still less than a quota. Yet the ANC collectively is entitled to 230 out of 400 seats. Logically, with 10% of the vote, independents should be entitled to 10% of the seats, otherwise the Bill is unconstitutional: section 46(1)(c) of the Constitution requires an electoral system that “results, in general, in proportional representation”.

So, how to fix this?

The Lekota Bill proposes a constituency system but the detail is complex so let us take this to first principles.

So I consider a way of converting a constituency to a proportional outcome.

If an independent stands in a single constituency, it should be possible to win a parliamentary quota in that constituency. The smallest it can be is exactly the size needed to win a seat; making it double that size would be more practical.

If we retain the system of a combination of regional and national lists, the regional vote, representing 200 MPs, should be split into 100 constituencies.

This is where I propose a new kind of magic. Instead of the winners being those who score the highest vote in a constituency, the vote count should be used to calculate a proportional allocation and all candidates grouped into lists in ascending order of the number of votes. Those standing for parties will be formed into party lists in an order determined by the voters and independents will form a single list of independents.

There are several benefits to this approach.

A proportionate system is maintained, which is required by the Constitution.

MPs are directly elected, even if their final result does not depend entirely on their own constituency vote, so there is a geographic aspect to representation in parliament.

A single constituency may in some cases elect more MPs than others because the final list does not depend on coming first in your own contest so geographic representation is not perfect, but maintaining proportionality is more important, so that smaller parties and independents can be elected.

Finally, there is the question of replacing departed MPs. In the existing system, the next person on the party’s list (as may be amended from time to time) replaces them. For independents, this is not a good idea because the more the original list is depleted, the lower the vote for the residual candidates. Instead I propose a constituency-level by-election. If there is only one, it will revert to first past the post. If there is more than one in the same region, the count can work the same way as in a general election.

We do not have much time to finalise the legislation. I hope options will be thoroughly workshopped to ensure that we end up with a workable solution.

This article summarises ideas I prepared for the Abatsha Force of Change submission on the main Bill. They are a youth organisation that seeks to restore African ideas and cultivate a dedicated, disciplined generation through activism.Philip Machanick is an associate professor of computer science at Rhodes University. He is also the vice-chair of the Makana Citizens Front interim management committee, was the MCF Ward 4 and #2 PR candidate in the Makana local election in November and is now one of five MCF PR councillors in Makhanda.