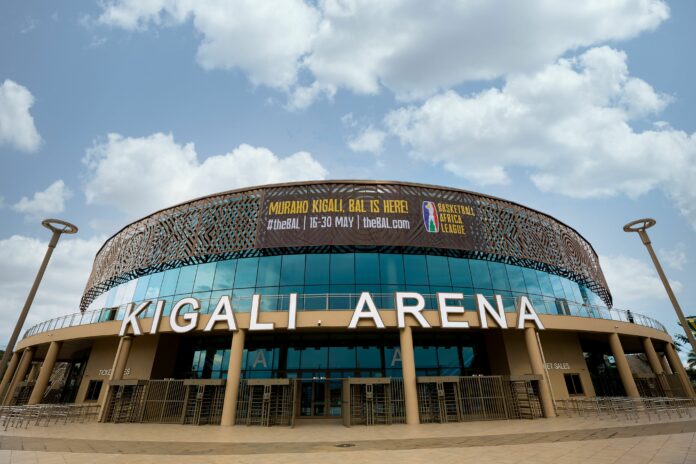 The inaugural season of the Basketball Africa League (BAL) tips off on 16 May. Years in the making, the league is a partnership between the National Basketball Association (NBA) and International Basketball Federation (Fiba), which coordinate and facilitate their respective leagues in the United States and Europe.

The Fiba has held the African Championship/Afrobasket continental championship tournaments (for men’s national teams) every four years since 1962. The NBA has held offices in South Africa since 2010, and during that time hosted multiple mini-camps, tournaments and exhibition games featuring NBA and Women’s National Basketball Association stars.

In August 2018, while in Johannesburg for the NBA Africa Game, league commissioner Adam Silver said that a Pan-African league could be on the horizon. “The arena infrastructure is not yet in place, I think, to support a fully fledged league, but I think, as we look out over the next decade in Africa and we look at the economic development, the number of strong economies, the enormous interest in basketball, we think there is a real opportunity to do something like that,” he said at the time.

Then in February 2019, Silver and the Fiba secretary general, Andreas Zagklis, announced that the BAL would come to life the following year. It was due to start in March 2020 but was postponed indefinitely because of the coronavirus pandemic.

Fast forward to May 2021 and the league is raring to go in Kigali, Rwanda, with the support of noted basketball fan President Paul Kagame.

Drawing from a Champions League-inspired format and continuing with the Fiba’s club competition format, the BAL will hold 25 games from 16 to 30 May at the newly minted Kigali Arena.

South Africa won’t be playing because its teams failed to qualify.

Speaking about the inaugural season, the former NBA Africa president and now BAL president, Amadou Gallo Fall, described the league as a “culmination of the work the NBA has been doing on the continent”.

He said the pandemic changed the way in which the league was going to be carried out.

“We had to revert to rethinking the original format. We were planning to play in seven cities, in a caravan format over the span of three months. But for this inaugural season we’re going to bring all 12 clubs [to] Kigali … and crown a champion on May 30.”

The competition will be carried out in a “bubble”, with teams and personnel not being allowed to leave the designated hotel-court campus. Stringent protocols and constant testing will be in place.

The NBA has made it clear that it intends to make a firm imprint on Africa. In the past, Silver has affirmed that he would like to make the NBA “the biggest lifestyle brand on the continent in the next 10 years”.

Gallo Fall echoed that sentiment recently, saying: “We think that the Basketball Africa League is going to be the place that could really match sports and entertainment, two areas where Africa abounds in terms of creativity and riches in talent.”

He is also hopeful that the league’s reach can have broader effects beyond sport. “This league is going to be bigger than basketball because it’s going to be an opportunity to showcase all that talent … We hope that … we can get the attention of leaders to start to understand that sports is bigger than recreation,” he said. “We want to talk about [the league] as an economic growth engine that could contribute immensely to GDPs of countries across the continent.”