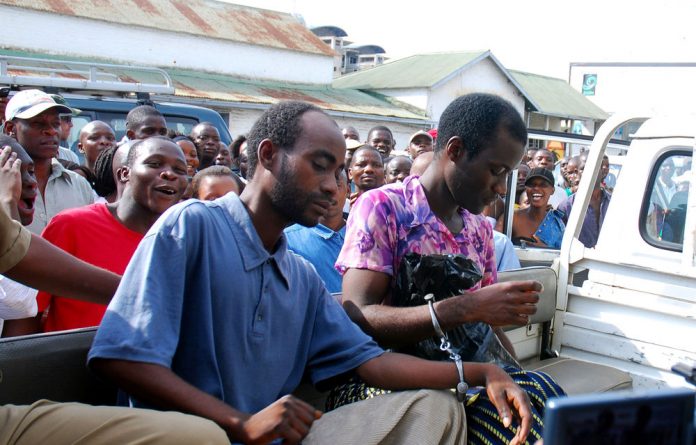 A strapping young lass with an easy smile and a short crop of shiny curly hair entered my office.

She wore studded earrings and had wide, serious eyes behind thick-rimmed black glasses. She looked like a hip lawyer.

She approached my desk and politely inquired if we had a vacancy for a writer. There was none, but I asked her to leave me her email address and name, in case.

“You say you’re Andrew?” I asked, craning my neck around the side of my computer to have a better look. “Here in Kenya,” I probed gently, “Andrew is a man’s name.”

“I am a woman in a man’s body,” she said confidently. (Those were her exact words). I pulled my glasses up to the tip of my nose so I could see her clearly. For a moment I was lost for words. Then I politely asked if she was a hermaphrodite, to which she answered: “No.” Andrew started explaining about transgender people, transsexuals, intersex. It was quite fascinating to someone who, until that moment, knew only of gays and lesbians.

In my corner of the continent there’s a devastating paradox about sexual minorities that stirs up emotions whenever the topic gets to the public domain. The entire hullabaloo can be summed up in three words: “unchristian”, “unAfrican” and “unnatural”. These three words have bred an unofficially acceptable degree of open hostility towards people who fall into any group outside the heterosexual one.

When two Kenyan men wed in London recently, the marriage was headline news back home for weeks. The bride’s aged parents, who are peasant farmers, were ambushed by newshounds about their son’s marriage and soon villagers caught up with the story.

Neighbours started hurling threats and insults at the old couple, who could not fathom how a man could be married to a man. Some shopkeepers stopped selling wares to them, others moved to evict them to cleanse the village of shame.

You should have seen the old pair — they looked sad, tired and distraught as events beyond their understanding were heaped on them. Yet here was Andrew and her dream of having a sex-change operation so that she could join the female gender, to which she felt she belonged.

I imagined what would have happened if, instead of arriving at my desk, her job hunt had taken her to a typical old geezer’s office to explain “her story”. Let me tell you, she would have received a thorough beating.

Last year a transgender female went to a lodging house with a man she had just met in a pub. The screams from the shocked man literally brought down the house; the woman was thrown out and beaten senseless by a crowd for being transgendered. The police came and arrested her and, unable to pin an offence on her, she was charged with being a public nuisance. Instead of locking her up in police cells, they sent her to Kamiti Maximum Security Prison, home to the country’s most hardcore prisoners.

I felt sorry for Andrew; she was treading on dangerous ground. But, in some ways, being gay or lesbian has become something of a fashion trend that is openly, if subtly, being accepted by university students, professionals, politicians, prominent business people and celebrities.

At one expensive United States-affiliated university — the preferred campus for children of diplomats, foreigners and rich Kenyans — gays and lesbians kiss and canoodle as freely as heterosexual couples. But this lesson in tolerance for “straight” students usually ends at the school gate.

In university corridors young women will talk proudly about their gay friends like a favourite pet; female-to-female relationships tend to be more open. Being a gay man is harder. Thanks to our macho society, many gays remain closeted in their communities and publicly open up only in the gay bars in upper-class neighbourhoods. In our conservative world we have chosen not to hear, see or talk about “those” people.

Yet in some ways we are a forward-looking nation that hasn’t forgotten our gay brothers and sisters. In the cosmopolitan coastal towns of Mombasa, Malindi and Lamu people of a different sexual orientation have more or less free rein, partly thanks to the diversity of people in general in these town — Arabs, Germans, Indians, Chinese. At least, unlike in Uganda and Rwanda, homosexuality has not been outlawed in Kenya.

On the flip side, gay tourism has turned out to be a vibrant industry that attracts both local and foreign tourists. This has brought forth the “beach boy” phenomenon, a brigade of young men from the impoverished upcountry who stroll beaches to sell their “booty”, even though many of them are heterosexuals.

A month ago — a year after I met Andrew — as I was settling down to a TV dinner, a woman called Audrey burst on to my screen. She was the main subject of a local TV news feature on transgenders.

There she was all womaned-up in pretty corn rows, washing utensils in a kitchen. It was Andrew — she had somehow managed to get a sponsor for her sex-change operation. I felt happy for her.

One of the lessons I learned from Audrey is that sexual minorities are who they are, not by choice but by nature.