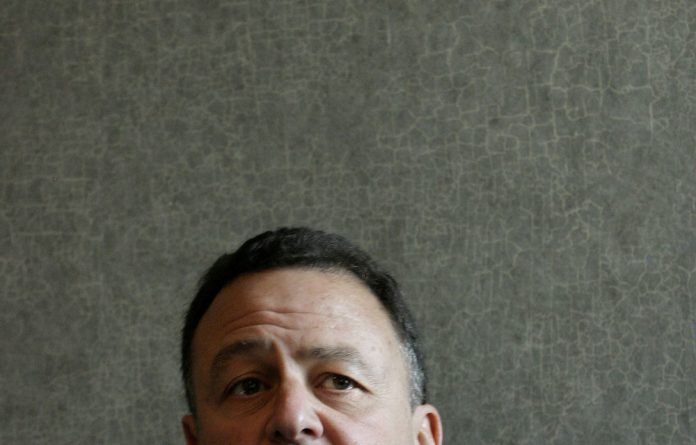 The old Nationalist pub with high chairs, sports paraphernalia and trophy heads has been stowed away. Instead, the embassy, on the 22nd floor of a Buenos Aires apartment block, is now a wall of mokola baskets and the interior has an elegant charm. Here Brent Meersman interviewed South Africa’s new ambassador to Argentina, Tony Leon, about his new job and how it feels to be out of opposition

BM: Had you been to Argentina before?
TL: Yes, bizarrely enough I spent my 50th birthday here exactly three years ago. I went on a cruise from here up the coast to Brazil. I thought it a very nice city and country. I didn’t think I’d spend my 53rd birthday here in residence.

In fact, when the offer of an ambassadorship came, I was offered a choice of two countries and I chose this one because I’d been here before and I thought it a great place. There is a difference of course between living here and visiting as a tourist. [It is] Quite a challenge sometimes living here, but the people are fantastic.

South Africa has a very positive image so it isn’t a hardship being the ambassador to Argentina. But I also have two other countries, Uruguay and Paraguay, though because of bureaucratic slowness on various sides, I haven’t yet presented my credentials. All three countries have qualified for the [Fifa] World Cup, as well as Chile, so this southern cone is in terms of proximity quite a buzz. The World Cup is important to our diplomacy.

What is South Africa’s relationship with Argentina? Is there any memory of our obligation to support the British military during the Falklands War?
We don’t talk about the Falklands here! It’s the Malvinas. In 1987 or so, the occupant of this flat, a man called Wolfaardt, was expelled. They severed all links not because of the war, but [because] they wanted nothing to do with apartheid South Africa after they had restored democracy here. It’s a bit ironic that this residence was purchased in 1973, but the successor regime was happy to use it, as am I.

Since then the relationship is very strong, because there is almost complete convergence of interest in terms of South Africa and Argentina on multilateral decisions — the UN reform, the G20, politically. Economically, it is all in Argentina’s favour. Argentina’s export to South Africa is incredibly strong with its world-class agriculture here, although we have become a net importer now of food.

One of the challenges we face here is that this is a somewhat protectionist regime. There is a 25% surcharge on South African wines, whereas Chile has no import duty. We’re having a big wine-tasting here in March so at least we can enter the top end of the market, but in the face of these barriers, it’s quite hard.

I use two lines when I visit the biggest businesses here — working through my Rolodex. You should invest for two reasons –I say in my pidgin Spanish — we are closer to you than Miami. Everyone here kind of looks north, but they don’t look east. It’s closer to fly to South Africa than to Miami. They look to America even though that is a complicated relationship.

[Second] For reasons of history, Argentina doesn’t have any trade agreements with Europe and the United States, so if you’re an Argentine company and you invest in South Africa, you get all those advantages. So it’s quite a good sales pitch. I used to sell political parties, now I sell trade advantages. In terms of trade, if things improve, you can give me credit; if it doesn’t, you can blame the world recession.

There seems to be a new wave of politics in South America. The economies here seem to be rapidly on the up, more so than Africa as a continent. Are there economic and social lessons we can learn?
This is a very complicated country to understand. Everyone says you have to look at Argentina through the lens of Perónism, but then they immediately say, when you find out what Perónism is, let me know. A bit like the ANC — it’s a movement; it combines hugely diverse and contradictory ideologies, and happens to be the governing regime here at the moment. Politics here is very competitive in the way it isn’t in South Africa — There is a turnover of parties and there isn’t that much institutional longevity.

One of the most thoughtful people I have ever met is the governor of the Reserve Bank here, Martín Redrado [since ousted by President Cristina Fernandez de Kirchner, then reinstated by the courts].

He said, if you combine any industry that fuses a natural resource with human resources, then you can be world-beaters. It’s the reason the agriculture is so good — Even though it has had a lot of problems, this country has one of this continent’s best education systems.

Land reform has been inconclusive in South America. Are there lessons for us?
Well, it’s not really an issue here, as there is very little in the way of an indigenous population — The rise of Perónism can be traced to the fact that at one stage 300 families controlled all the wealth. If anything, Perónism broke that oligopolistic family control; there was the peasant revolt against aristocratic excess of these fantastically rich few families that dominated agriculture — I haven’t seen mass small-scale individual tenant farming — you have a progressive working class in the cities. Land reform is a bigger issue further north, in Peru and Bolivia.

It’s a fairly egalitarian society. The unions are very strong — People protest here! They block off the streets; sometimes this whole city comes to a halt. It’s a strong reaction to the six years of military rule that has left a lot of scars; somewhere between 9 000 and 30 000 people disappeared.

In opposition politics, one is always focusing on the failings of government. Now that you are on the other side of the fence and expected to trumpet all the great achievements, is this a happier position for you?
I don’t regret, not for a nanosecond, what I did in South Africa. Who would think that I would? I don’t claim sole credit for the fact that there is an opposition, but I am not sure, given what was happening between 1994 and 1999, if there would have been a viable, independent, real opposition, if it hadn’t been for the efforts which I was privileged to lead.

I think South Africa as a multiparty democracy is much better than the alternative — a one-party state or a sham democracy, and there are plenty of those around.

What really encouraged me in taking this job was that Jacob Zuma said it was important for the government that there should be opposition and not just ANC ambassadors. I wrote an article in one of the leading papers here — I’m living proof we celebrate diversity.

Next week we’re hosting here a special premiere of Invictus and I will say I was in opposition to [Nelson] Mandela, but I was in Ellis Park the day that we won, and what he did was truly extraordinary. It helped reconcile a very divided nation. It wasn’t the Hollywood ending, but it was very good. I’m not an apparatchik of the ANC. I actually find it quite easy. My doctor here found it very difficult to understand that an opposition leader is the ambassador, and I said: ‘That’s South Africa —’