Clash of the titans at New Zealand Sevens 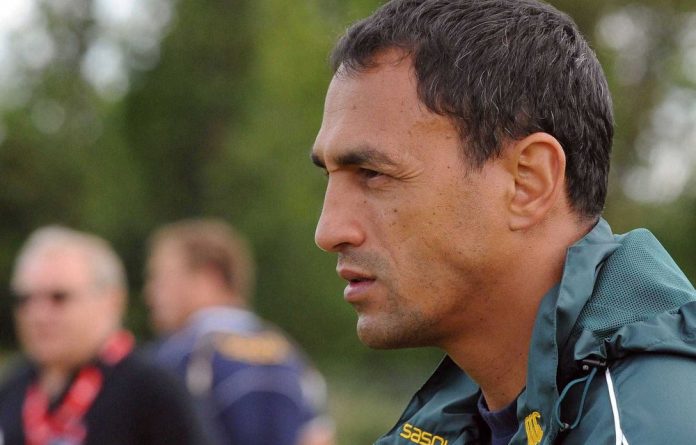 The IRB sevens circuit resumes in New Zealand this weekend with the hosts and series leaders expecting a fierce backlash from defending world champions South Africa when they clash in pool play on Friday.

New Zealand have rebounded from a forgettable 2008/09 series to dominate the first two rounds of the 2009/10 championship, which were played in Dubai and South Africa before Christmas.

South Africa, meanwhile, have failed to recapture the form that won them the championship last season, a victory that propelled them into the tough pool A with New Zealand, World Cup holders Wales and Niue.

“It will not be easy going,” South Africa coach Paul Treu said.

“Niue is an unknown factor, but Wales and New Zealand are two big games and we will have to be at our best from the start.”

New Zealand coach Gordon Tietjens sees no shortage of motivation for his side, playing before their home crowd and seeking a hat-trick of wins.

The home ground is not always an advantage
He said he expected South Africa to lift their game as they look to get their season back on track, and thought his players would be out for revenge against Wales, who whipped New Zealand 28-17 in pool play here last year.

“This would be one of the hardest pools we’ve had for a long time. It’s just going to put a lot of pressure on us but you’ve got to adjust to that,” Tietjens said, noting that the home ground is not always an advantage.

“Wellington’s always tough, it does put a lot of pressure on. You ask South Africa, they’ve only won their own tournament once in 10 or 11 years,” Tietjens said.

“There’s all the pressures off the field as well, there are more demands on the players. [Wellington] is probably the toughest tournament for us to win.”

Fiji, New Zealand’s closest challengers in this series, head Pool B where Australia loom as their strongest challengers, while Scotland and Papua New Guinea round off the group.

Papua New Guinea are playing in their first IRB Sevens leg under the guidance of former Fiji maestro Waisale Serevi.

England, who beat New Zealand in the Wellington final last year, are in Pool C with Kenya, the United States and Tonga, while Samoa, Argentina, France and Canada make up Pool D. — AFP