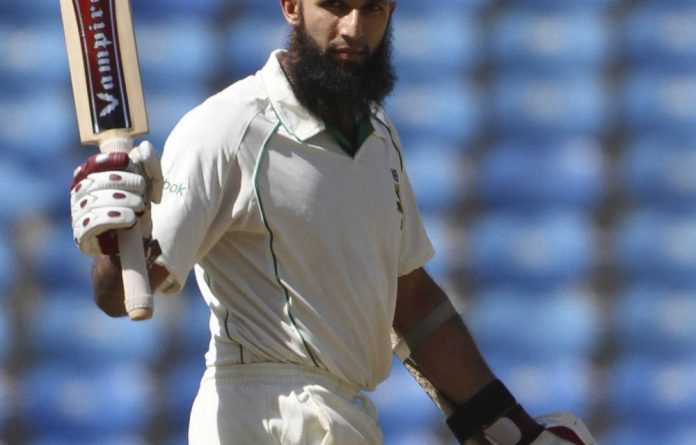 Hashim Amla was thrilled that his double century had put South Africa in a strong position in the first Test against India on Sunday.

“I think scoring a double hundred on any soil is a momentous occasion,” the number three batsman told reporters on Sunday after scoring an unbeaten 253 — his first double century.

“All the personal milestones are fantastic but on the day it’s about where the team is situated … it has certainly put India on the back foot,” he said.

Amla’s effort helped South Africa to declare their first innings closed at an imposing 558/6. India were 25 for no loss in reply at the close on day two.

Amla batted for more than 11 hours and took his overnight partnership with Jacques Kallis (173) to 340.

It was the pair’s second triple century stand, after they put up 330 against New Zealand in Johannesburg in 2007.

“The way he has developed his game has been fantastic,” Kallis said of Amla. “People wrote him off early on but, the tough character he is, he has proved everyone wrong.

“He is going to score a lot of runs for South Africa in very important situations.”

“It’s a big day from the batting perspective tomorrow,” he said. “A lot of work to do for the batting side. We need to bat well, that’s going to be very important.” — Reuters