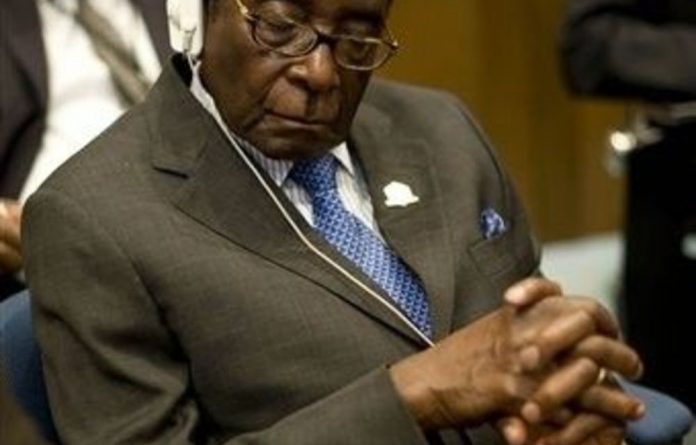 Zimbabwe’s unity government has failed to keep its promise to reform state institutions to prevent rights abuses, and perpetrators are given the “all clear”, Amnesty International said on Wednesday.

The London-based watchdog said residents of some villages suffered “ceaseless intimidation” by supporters of Mugabe’s Zanu-PF party, which began sharing power with Tsvangirai’s Movement for Democratic Change (MDC) in February 2009.

“The Attorney General’s office, police and army have been left to freely violate human rights in pursuit of a political agenda,” Erwin van der Borght, Amnesty’s Africa director, said in a statement.

“By delaying reform, the situation in Zimbabwe remains fragile as perpetrators continue to escape justice and are instead effectively given the all clear to continue violating human rights.”

Trumped-up charges
Amnesty called on the unity government to halt the harassment of human rights groups. It said several protests organised by civic movement Women of Zimbabwe Arise were “violently” broken up by police in 2009.

“Seventeen human rights and political activists who were abducted by state security agents in 2008 continue to face charges that are widely believed to be trumped up,” it said.

“The government must end the incessant harassment of human rights activists and take steps to seriously protect rights to freedom of expression, association and peaceful assembly,” Van der Borght said.

“The onus is on President Mugabe and Zanu-PF to ensure that key institutions under their control are reformed to end the culture of impunity that still threatens stability in the country,” he added.

Amnesty warned there were “early warning signs” that the situation could deteriorate if urgent measures were not taken to stop state security agents from “carrying out violent political campaigns”.

“Past involvement on their part has resulted in gross human rights violations, including deaths and torture of perceived opponents,” it added.

UN torture expert Manfred Nowak told Agence France-Presse in October that Zimbabwe’s unity government “does not function”, after he was expelled from the Southern African country. — AFP

Even before the Covid-19 pandemic, the situation in Zimbabwe could not have been much worse
Read more
Advertising
Continue to the category
Coronavirus