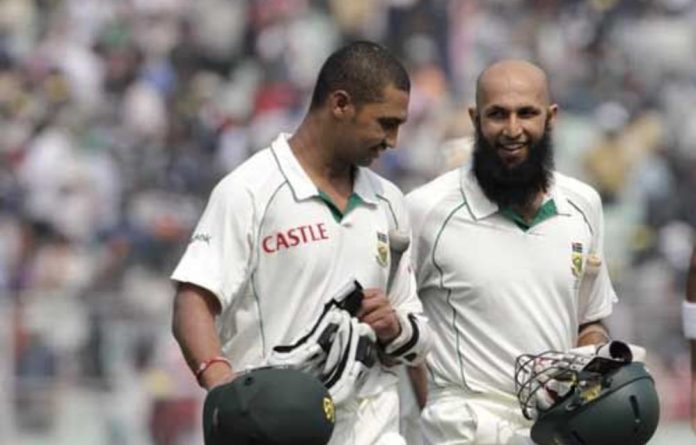 Virender Sehwag cracked a scintillating century to launch India’s strong reply on the second day of the second and final Test against South Africa on Monday.

Sehwag smashed 19 fours and two sixes in his unbeaten 125 off 115 balls and shared a third-wicket stand of 150 with Sachin Tendulkar as India raced to 232-2 by tea at Eden Gardens in Kolkata.

Tendulkar was batting on 65 at the break, with India trailing by 64 runs after bowling out the visitors for 296 in their first innings.

India, who lost the first Test in Nagpur by an innings and six runs, need a win to square the series and retain their number one position in the official Test rankings.

Sehwag completed his second century of the series in style, cutting Wayne Parnell (0-46) to the point boundary for his 19th Test ton and fifth against South Africa.

Tendulkar too opened up to play some exquisite shots after a sedate start to his innings. The batting superstar had so far hit nine fours in his 106-ball knock.

But it was the belligerent Sehwag who stole the show, smashing fast bowler Dale Steyn for three fours in a row, before dishing out similar treatment to Morne Morkel.

Parnell was not spared either as Sehwag drove the fast bowler to the covers for a four and followed it up by smashing a six to the third-man boundary.

The opener then pulled left-arm spinner Paul Harris for the second six of his entertaining knock.

South Africa had a chance to dismiss Sehwag on 47 but Jean-Paul Duminy grassed a simple chance off Morkel at first slip.

South Africa tasted success in the morning session when Gautam Gambhir was run out as he went for a sharp second run on Sehwag’s call. He hit three fours in his 25, sharing an opening stand of 73 with Sehwag.

Murali Vijay edged Morkel behind the wicket where AB de Villiers, keeping wicket in the absence of the injured Mark Boucher, took a fine catch diving to his right.

Earlier, Zaheer Khan ended the South African innings when he trapped Parnell leg-before wicket for 12 in the fourth over of the day after the visitors resumed at the overnight 266-9. — AFP