Samoa down New Zealand to win US Sevens 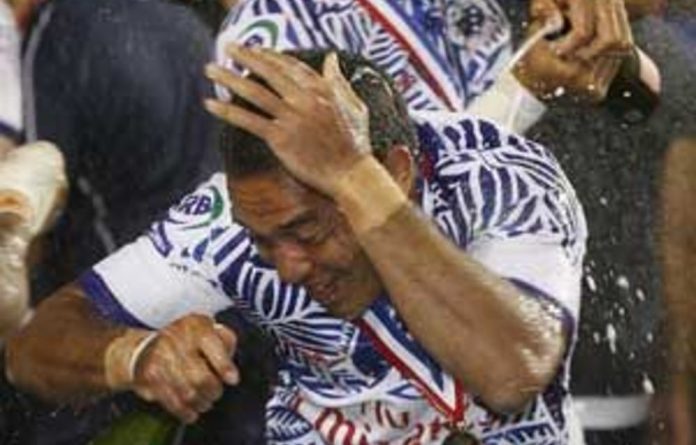 Samoa delivered a superb performance to beat New Zealand 33-12 in the final of the US round of the IRB Sevens World Series on Sunday.

Mikaele Pesamino scored two of Samoa’s five tries to take his tally for the weekend to 11.

Samoa had knocked New Zealand out of the semifinals of their home tournament in Wellington last weekend, when they went on to finish runner-up to Fiji.

Their triumph Sunday, just their fourth in the 11-year history of the Sevens World Series, moved them into second place in the standings with 70 points behind series leaders New Zealand with 84.

Kurt Baker scored New Zealand’s only try in the first half.

Maintaining the pressure
Fa’osiliva added a second try to open the second-half scoring, before Tim Mickkelson scored an unconverted try to keep New Zealand in touch.

New Zealand had reached their third Cup final of the season with a 21-7 victory over Kenya, while Samoa rallied to beat Australia 14-12.

Australia had produced the first upset of the day with their triumph over Wellington champions Fiji, a win that put the Aussies in the Cup semifinals for the first time in two years.

New Zealand booked their berth in the last four with a 12-5 victory over reigning World Series champions South Africa.

Kenya, cheered on by a raucous contingent of travelling fans, advanced to the final four with a sudden-death extra-time win over England, while Samoa reached the semis with a come-from-behind victory over Wales.

South Africa went on to take the Plate, beating Fiji 12-7.

The United States thrilled the home fans with a victory in the Bowl final against France.

The fifth round of the IRB Sevens will be played in Adelaide, Australia, from March 19-21. — Sapa-AFP