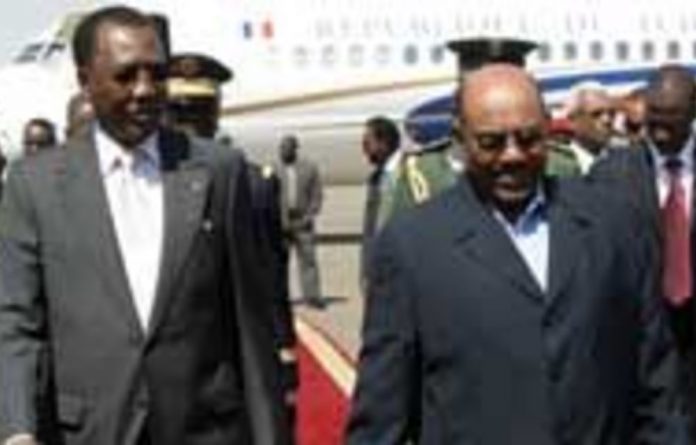 Targeting the country’s marginalised millions, the Sudan People’s Liberation Movement (SPLM) is campaigning for the presidential and legislative polls in April under the slogan “hope for change”.

Presidential candidate Yasir Arman, who is actually a northerner, stressed the SPLM’s appeal to voters of different religions throughout Africa’s largest nation.

“Before we are northern or southern, Muslim or Christian, first of all we are Sudanese,” Arman said. “Our country links the Arabs with the Africans,” he said at the former home of Ali Abdel Latif, who led a revolt against British colonial rule in 1924.

The SPLM joined al-Bashir’s National Congress Party (NCP) in an uneasy coalition government after ending 22 years of civil war between the mainly Arab and Muslim north and the south where people are largely Christian or animist.

Arman said the SPLM supported “voluntary unity”, referring to a referendum on independence which will be held in South Sudan next January.

SPLM chairperson Salva Kiir left Arman, a lower level figure in the party, to run for the national presidency and instead chose to stand for president of South Sudan, which many analysts believe will vote for secession.

Serious challenge
With the south dominated by the SPLM and composing a quarter of Sudan’s electorate, Arman could pose a serious challenge to Bashir who is the favourite, analysts say.

al-Bashir‘s NCP asked the SPLM to withdraw Arman’s candidacy, a move analysts say shows they are worried by the competition. If no candidate wins more than 50% of the vote, the top two presidential aspirants would face off in May.

Most of the opposition say they would unite in a second round against al-Bashir, who is wanted for war crimes in Sudan’s western Darfur region by the International Criminal Court.

Arman enjoys support in Darfur and the east, but many people in the north worry that there would be a political limbo if the SPLM won the presidency and the south decided to separate.

Arman said the SPLM stood for justice for the victims of Darfur, where the United Nations estimates some – never use some, use about 300 000 people died in a humanitarian crisis sparked by a counter-insurgency campaign.

“We’ll take the town to the countryside, not the country to the town,” he said, quoting former SPLM Chairman John Garang who died in a helicopter crash weeks after taking office as Sudan’s first vice president following a 2005 north-south peace deal.

Reluctance from the NCP and a lack of capacity in the SPLM to implement the deal has strained relations.

The Umma Party, led by the last democratically-elected prime minister, Sadeq al-Mahdi, is the other main contender for al-Bashir’s job. He launches his campaign on Monday. — Reuters