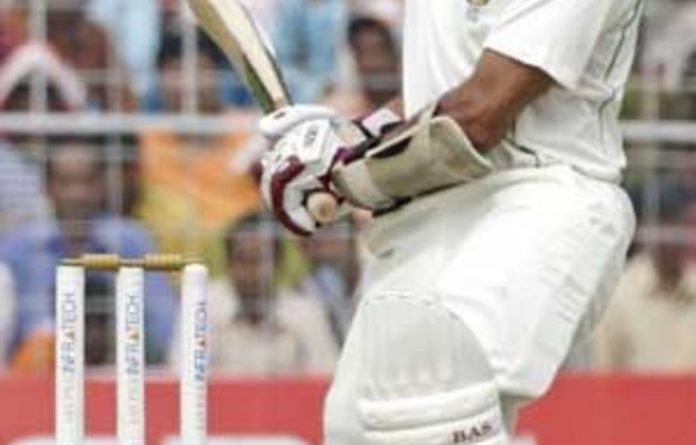 India defied an unbeaten century from Hashim Amla to crush South Africa by an innings and 58 runs in the final Test on Thursday to draw the series 1-1.

Off-spinner Harbhajan Singh claimed 5-59 as the tourists, trailing by 347 runs on the first innings, were bowled out for 289 in their second knock with just nine deliveries remaining in the match.

Amla returned unbeaten on 127 to finish the series with an astonishing average of 494 after making 253 not out in the first Test and 114 in the opening innings of this match.

The 26-year-old from Durban battled for 394 deliveries and struck 16 boundaries in his ninth Test century, but failed to prevent his team from snatching a thrilling draw.

Mahendra Singh Dhoni’s Indians, who lost the first Test in Nagpur by an innings and six runs, retained their number one Test ranking with 124 rating points.

Second-ranked South Africa, who would have taken over from India if the match had ended in a draw, were left on 120 points.

Last man Morne Morkel (12) kept Amla company for 21.4 overs before being leg-before to Harbhajan in the penultimate over of the match in front of 40 000 relieved fans at the Eden Gardens in Kolkata.

Wayne Parnell, who put on 70 for the eighth wicket with Amla, was dismissed in the fourth over after tea for 22. He was caught at mid-on off seamer Ishant Sharma.

Sharma also had Paul Harris caught in the slips for four, before Morkel and Amla almost pulled off a thrilling draw.

As the South Africans fought hard, India sorely missed pace spearhead Zaheer Khan, who was confined to the dressing room the entire day with a knee injury.

Breakthrough
The overnight pair of Amla and Ashwell Price put on 47 for the fourth wicket, before Harbhajan broke through two hours after the start under bright sunshine.

The off-spinner beat Prince in the air and the miscued drive lobbed to Sharma at mid-off.

Left-handed Prince made 23 after scores of zero and one in the previous two innings of the series.

Leg-spinner Amit Mishra, who left the field briefly for treatment on a sore right shoulder, returned to trap AB de Villiers leg-before for three with a googly just before lunch.

South Africa, who went to lunch at 164-5, slipped to 180-7 as Harbhajan claimed both Jean-Paul Duminy and Dale Steyn leg-before soon after play resumed.

Meanwhile, the Indian cricket board said in a statement that Zaheer will not feature in the one-day series against the Proteas which starts on Sunday.

South African captain Graeme Smith will also miss the one-dayers due to a fractured finger and all-rounder Jacques Kallis will lead the tourists in his absence, the team management said.