Israel says no proof it carried out Dubai killing 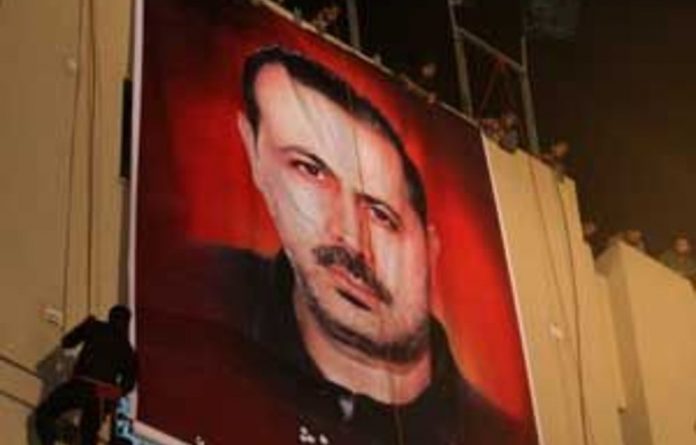 Israel’s foreign minister said on Wednesday the use of the identities of foreign-born Israelis by a hit squad suspected of killing a Hamas militant in Dubai did not prove the Mossad spy agency assassinated him.

Britain summoned the Israeli ambassador to a meeting on Thursday to explain how several British citizens living in Israel found their passport details used by the alleged killers.

“There is no reason to think that it was the Israeli Mossad and not some other intelligence service or country up to some mischief,” Israeli Foreign Minister Avigdor Lieberman told Army Radio when asked about the operation and alleged passport subterfuge.

But Lieberman did not deny outright Israeli involvement in the killing of Hamas’s Mahmoud al-Mabhouh in a Dubai hotel last month, saying Israel has a “policy of ambiguity” on intelligence matters and there was no proof it was behind the assassination.

Men with the same names as seven of the 11 suspects whose European passport photos were distributed by Dubai live in Israel, and those reached by reporters insisted their identities had been stolen and noted the pictures were not a match.

Six of the men are Britons who immigrated to Israel. The seventh is an American-Israeli, whose name Dubai said was on a German passport used by one of the assassins.

The British Foreign Office said the country’s Serious Organised Crime Agency would lead an investigation in close cooperation with the Emirati authorities. It said Britain would also provide support to its nationals “who have been affected by this fraudulent activity”.

Blunder
Some Israeli commentators on intelligence matters suggested the Mossad may have blundered — if it carried out the attack and had hoped to keep its involvement secret — by using the identities of people who could be traced back to Israel.

The Palestinian militant group, Hamas, has blamed Israel for the assassination and Dubai police have said they could not rule out Israeli involvement.

At a memorial rally in Gaza for Mabhouh on Wednesday, officials from the Islamist group, including masked, armed militants, said that Hamas’s Izz-el Deen al-Qassam armed wing “will never rest until they reach his killers”.

Hamas’s exiled leader in Damascus, Khaled Meshaal, addressed the rally of several thousand by video link and said: “We call on European countries to punish Israel’s leaders for violating their laws, Israel deserves to be placed on the terror list.”

A security source in Israel said the target, Mabhouh, played a key role in smuggling Iranian-funded arms to Islamist militants in the Gaza Strip. Hamas confirmed the information.

Dubai said it issued international arrest warrants for all suspects, who also include Irish and French passport holders. A government source said six other people, not yet identified, were also believed to have been involved.

Fakes
Britain, France and Ireland said they believed passports from their countries used by the alleged killers were fake.

A source close to the French intelligence services told Reuters a French passport which Dubai said was used in the operation had a valid number but incorrect name.

“It was a very good fake,” the source said.

The Irish government said it was trying to reach three of its citizens whose passport numbers were used on the forgeries recorded in Dubai. As with the French passports, identity data on the fakes was not that of those three people, it added.

Austria’s Interior Ministry said it had launched an investigation into the suspected use of at least seven mobile phones with pre-paid Austrian chips by Mabhouh’s killers.

In the radio interview, Lieberman shrugged off any prospect of diplomatic problems with Britain.

“I think Britain recognises that Israel is a responsible country and that our security activity is conducted according to very clear, cautious and responsible rules of the game. Therefore we have no cause for concern,” he said.

Hit squads dispatched by Mossad have used foreign passports in the past, notably in 1997 when agents entered Jordan on Canadian passports and bungled an attempt to kill Meshaal with poison.

In 1987, Britain protested to Israel about what London called the misuse by Israeli authorities of forged British passports and said it received assurances steps had been taken to prevent future occurrences. — Reuters