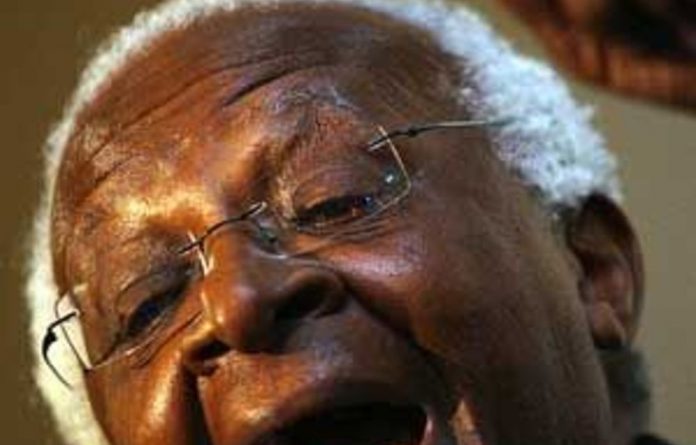 Archbishop Desmond Tutu has become the latest prominent figure to have his full genome deciphered, scientists revealed on Wednesday.

The South African clergyman and human rights campaigner agreed to the procedure as part of a study into the breadth of human genetic diversity and the role an individual’s genetic make-up plays in their health.

The Anglican archbishop‘s genetic sequence and those of four Southern African bushmen have been added to a freely available public database where medical researchers can study them.

The African continent is widely regarded as the cradle of humanity, where human genetic diversity is at its greatest, but scientists have overwhelmingly focused their genetic research on Western and Asian cultures.

As a result, research into drugs and diseases almost completely ignores the genetic variation of the African population, meaning drugs are often less effective there than elsewhere in the world and gene variants that make people more susceptible to certain diseases are missed.

The latest research is intended to give pharmaceutical companies the information needed to identify genes that increase the risk of disease and to develop more effective drugs, such as antiviral treatments for HIV in Africa.

An international team of researchers, led by Stephan Schuster at Penn State University, sequenced the genomes of four tribal leaders who are all in their 80s and come from communities in Namibia that still practice a hunter-gatherer lifestyle.

Genetic diversity
The genome of the archbishop, who is 79, was particularly important for the study because he is a Bantu descended from the Tswana and Nguni people, who account for about 80% of Southern Africans.

Each of the men provided a near lifelong medical history, which will help link particular genes to their health. The archbishop, for example, has survived polio, prostate cancer and tuberculosis, all of which are influenced by genes.

“We wanted to understand the genetic diversity of all mankind,” Dr Schuster said. “Since Africa is the cradle of humanity, this is where diversity is at its greatest.”

The study, published in the journal Nature, reveals stark differences between the genetic make-up of Southern Africans and the genomes of Europeans, Asians and west Africans.

“On average there are more genetic differences between any two bushmen in our study than between a European and an Asian,” said Webb Miller, a professor of biology at Penn State and co-author of the study. “To know how genes affect health, we need to see the full range of human genetic variation, and Southern Africa is the place to look,” he added.

The researchers identified 1,3-million genetic variants among the Southern Africans that have never been seen before. Medical companies have started analysing the genetic information with a view to developing tests for diseases and personalising drug treatments for patients by tailoring them to their genome.

Schuster’s team found genes in the bushmen that made them unusually susceptible to malaria and the ill effects of a high-fat diet: genetic variants that are not seen among more agricultural populations.

The genetics pioneer Craig Venter, and James Watson, the co-discoverer of the double helix structure of DNA, have both had their genomes sequenced and made available to scientists using the public GenBank database. —