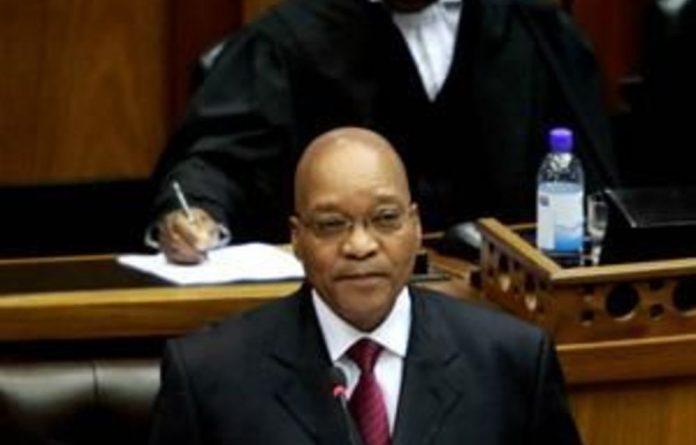 Using one’s own culture to judge others is unconstitutional, President Jacob Zuma said on Tuesday.

Opening the National House of Traditional Leaders, Zuma used the opportunity to call for a debate on the “issue of a national moral code”.

“I’ve said I’m going to initiate a national conversation on the moral code, on our values as a country,” he said.

“We say we are united in diversity. That’s what we say. We need to unpack the diversity. What do we mean when we say this.

“Scholars and many people have been interpreting us for decades, our culture, our traditions. Some look down upon certain traditions of others,” Zuma said.

“They use their own traditions and customs as a yardstick, as a standard to judge others, and we all keep quiet.

“And some of the traditions are being rubbished, called names, they’re backward; and we keep quiet.

“I think we’ve been keeping quiet when colonialists changed everything that was our value into nothing, and I’m opening an opportunity for us to debate this matter nationally,” he said.

The goal was to arrive at what the standard would be, so that “no clever person gives himself or herself a right and authority to judge others or impose his or her own religion or traditional beliefs”.

“Each one of us must be respected. That’s what our Constitution says. No matter how you feel — some of us have very strong feelings about some of the things — we respect the Constitution, no matter how we feel.

He had thus decided there should be a national conversation.

“What is our interpretation of certain things? How should we handle one another? Who has a right to judge others more than others? Who gave that right to whoever? What is our view?”

“I’m trying to make this not to be a political thing; don’t be under any political organisation. I also want to move it away from government.

“I want it to be the nation, so that everybody has a right to air their views.

“It is about nation-building. It is about redefinition of ourselves. Who are we? What are our values?

“I know that some clever commentators have commented already: ‘Zuma is causing a problem for himself’. I don’t think they understand me,” he said.

“So, don’t sit back … you must engage in the conversation so that we have this clear, we’ve got the same platform, we are able to say if you judge somebody, you are using this standard.

“For, there is no standard that is agreed. The Constitution says there are diversities. It recognises this. And that we should respect cultures of others.

“No one has a right, therefore, to use his or her own to judge others. It’s unconstitutional if you do so.”

He intended to launch the debate in the next few days and expected everyone to participate “to define an African in this country and a South African”. — Sapa