On the brink of implosion 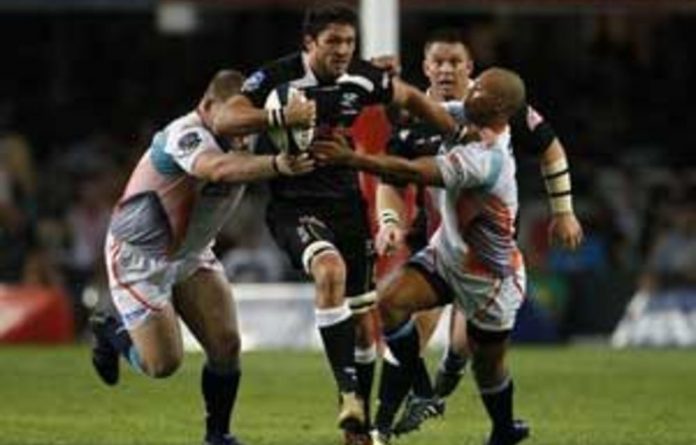 Two weeks into the final edition of the Super 14 and there are more questions than answers. How good are the Bulls? How bad are the Sharks? And if the 15th franchise, based in Melbourne, is supposed to extend the Australian player base, how come their first signing is Danny Cipriani, the discarded England flyhalf? And Cipriani’s signing came hard on the heels of Andy Goode, another discarded England flyhalf, joining the Sharks. So what’s going on here?

Well, unlike the Melbourne franchise, the Sharks do at least have a history of playing foreigners at flyhalf. Juan Martin Hernández would have been their first choice this year, but he has returned to Argentina for an operation that will keep him out of the game for six months. Mercurial Frenchman Frédéric Michalak played there two years ago and at the turn of the millennium Gregor Townsend of Scotland wore the number 10 jersey for the Durban franchise.

But although all the above could have been construed as strengthening exercises, there is a hint of desperation about the acquisition of Goode. The 29-year-old is a functional player used to the heavy grounds of European winters. His reward for joining the Sharks will be to run out against the Crusaders in Christchurch this weekend. The phrase “hiding to nothing” comes to mind.

Sharks coach John Plumtree said a few things before his squad left for the Antipodes that suggested he had run out of patience with scrum half Rory Kockott just two games into the campaign. But Kockott remains in place for the Crusaders game, with Ruan Pienaar at flyhalf, while Goode will play off the bench. This suggests that wiser counsel has prevailed and Plumtree will wait a week or so before returning Pienaar to the base of the scrum.

In a perfect world Pienaar would have been scrum half to Hernández at flyhalf this year, but when the Argentine announced his impending surgery in December, the Sharks called an old boy back into the ranks. Steve Meyer played for the Sharks at under-19 and under-21 level and was lured back from France to play in the Super 14. Selected for the opener against the Chiefs, he promptly announced his retirement from the game.

Whispers of discontent
No one is prepared to go on the record with the truth, but the Meyer story is symptomatic of a Sharks camp that appears to be on the brink of a spectacular implosion. The rumour mill suggests, among other things, unhappiness in the front row and a coach who would rather be working for a New Zealand team.

It is hardly the way that any side would wish to prepare to play the Crusaders, and there is a distinct possibility that the Sharks are embarking on the tour from hell. They play five decent sides in five weeks, with two home defeats behind them and a new flyhalf. If they return to these shores with a played seven, lost seven record no one would be terribly surprised.

By contrast, the defending champions are in rude health and appear to have understood the consequences of some refocused laws rather better than anyone else. For much of their 2009 campaign the Bull’s tactic was to kick the ball at the opposition, nail the unfortunate defender and score from turnover ball. Last week the Brumbies came prepared for an aerial onslaught and were instead run off their feet. The Bulls have three more home games against the Waratahs, the Highlanders and the Hurricanes, before heading overseas.

It is not fanciful to suggest that they could get on the plane with a full house of 25 points, which would be more than halfway towards the total needed to ensure a home semifinal. It is, of course, rather early in the season to be predicting so far ahead, but the Bulls have already done enough to make all the other sides sit up and take notice.

It is nine months since the Bulls beat the Chiefs 61-17 in last year’s final at Loftus. Would anyone that day have believed that the Chiefs would put 72 points on a South African team at the beginning of the 2010 season? Last Saturday’s game against the Lions in Johannesburg is likely to stay in the record books at least as long as the one it supplanted.

It was in 1997 that the Sharks beat the Highlanders 75-43 in Durban. Fullback Gavin Lawless scored 50 individual points through four tries, nine conversions and four penalties. In those far off days, with the Super 12 in its second season, huge scores were not uncommon. Indeed, in the same season the Sharks conceded 45 points against Free State, 40 against the Reds and 42 against the Lions, but still made the semifinals.

It is unlikely that the Chiefs will come up against anyone else with quite such a porous defence this year. But having beaten the Sharks in a kicking contest in the wet in Durban, and the Lions in a top-of-the-ground flyer in Johannesburg, they might reasonably expect to be in the mix when the knock-out stages arrive in May.